Jon Berger is the Creative Director and a PRO representative for ASCAP. With the annual “I Create Music” EXPO coming up, Jon took a few minutes to answer some basic questions for those unfamiliar with the EXPO. 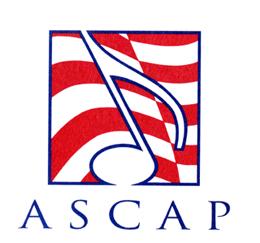 Jon Berger is the Creative Director and a PRO representative for ASCAP. With the annual “I Create Music” EXPO coming up, Jon took a few minutes to answer some basic questions for those unfamiliar with the EXPO. You can also check out his industry profile at AmericanSongspace.com where he and the EXPO are featured.

Could you offer a brief history of the “I Create Music” EXPO?
Launched in 2006, the ASCAP “I Create Music” EXPO is the first and only national conference dedicated to songwriting and composing. Selling out in its inaugural year, the EXPO immediately provided a unique opportunity for songwriters, composers, publishers, producers-and those in the industry
that support them-to come together in an unprecedented way to share their knowledge and expertise. In its short history, the innovative programming offered to attendees has grown to include celebrity Q&A’s, master classes, songwriting and composing workshops, publisher and business panels, DIY career-building workshops, showcases and performances, state-of-the-art technology demos as well as leading music industry exhibitors. One hallmark of the EXPO has been the intimate and personal nature of some the programming, such as the One-on-One sessions and the Song Listening Panels. Some of the biggest names in music, both on the creative and business side, have participated at ASCAP’s EXPOs. At each EXPO there are over 250 panelists and performers and headliner interviews have been with Jon Bon
Jovi & Richie Sambora, Jackson Browne, Steve Miller, Randy Newman and Tom Petty.

What are some memorable moments from recent EXPOs?
I have been very fortunate to have attended (I mean worked at) all of the “I Create Music” EXPOs. I can honestly say that as a musician and music creator myself, it’s truly unique. Not only is the programming engaging, current and accessible, the atmosphere is warm, inclusive and exciting. You feel like you are a welcome part of a community that is making something happen as opposed to standing on the sidelines watching.

Each and every EXPO has been a unique experience. That said, I think that some of the more memorable moments have included last year’s incredible interview with Jon Bon Jovi and Richie Sambora; the discussion on Copyright featuring Congressman Adam Schiff (D-CA) and the Register of United States Copyrights Marybeth Peters that was hosted by ASCAP President and Chairman Marilyn Bergman. Also in 2008, the closing night reception at The Highlands featured performances from a group of attendees. In 2007 the “Center Stage” performance that featured Jimmy Webb, John Rich, J.D. Souther and Michelle Shocked was fantastic; and last but not least, Randy Newman’s hilarious and insightful keynote interview in 2007 was amazing.

What are your favorite panels to attend?
The keynote interviews are not to be missed. Each years’ interviews have been revealing, insightful and inspiring. What always strikes me is how willing and giving our panelists have been. What comes across each and every time is that they strongly connect with the experience of making their way from being a struggling music creator to being an accomplished professional. They understand the hurdles and trials the attendees are facing and sincerely try to pass along what they have learned with respect and a good deal of humor. In particular, I like the DIY-type panels on marketing and promoting your music as well as the Hitmaker panels where you get to hear individual writers and composers talk about their creative process.

What are the goals of this year’s EXPO?
The goals of this year’s EXPO are not that different from the previous years. We aspire to create a unique experience where music creators of all levels and backgrounds, genres and interests can come together to learn and share in hopes to expand their knowledge and networks, develop their craft and ultimately boost their careers. Each year we strive to expand and grow the EXPO by offering the most current and timely information about songcraft, technology, the business of music and current legislative issues. We know firsthand from our members and the music community at large that there is a demand for information and instruction, guidance and leadership. With an incredibly knowledgeable and experienced community at our fingertips, we know that ASCAP remains poised to be the ultimate resource for this information, especially during these challenging economic times.

Name a couple new things on the ASCAP EXPO schedule.
We are excited to announce several new features and panels this year. First, we have added “The Home Studio Master Class.” In sessions taught throughout the day, pieces of music will be recorded by a producer and engineer and developed in a fully-functional on-location studio. Featured studio tools and products to include Auralex Acoustics, Behringer, Blue Microphones, Cakewalk, Gibson, iZotope, NightBird Studios, Roland, Solid State Logic and West LA Music.

One of several new panels this year is “The Art of Collaboration: A Live Songwriting Session Hollywood Ballroom”: A panel of top chart-topping writers and producers will show how it’s done by creating an original song by writing to an existing track and explaining the creative decisions they make along the way. Another new exciting event will be the “Generations: Chaka Khan Interviewed by LeToya Luckett.” In a special interview, Capitol recording artist and songwriter LeToya Luckett will talk to Khan about her role as a pioneering female artist and as a role model and inspiration to generations of songwriters and performers.