Imagine if you were an aspiring film composer, working your whole life for the opportunity to score a movie, and you’re suddenly given the chance to conduct your own music with a 60-piece orchestra on a Fox soundstage. Such was the reality, this past week, when 12 young composers stood up in front of an immense orchestra, and with a scene from a famous movie projected over the orchestra, conducted their own music.

It’s the creation of ASCAP, which founded this annual Film & Television Scoring Workshop some 25 years ago. The brainchild of ASCAP’s Nancy Knutsen, it has become one of the preeminent programs in the world for aspiring composers. Emmy Award-winning composer Richard Bellis is the mentor for the program, gently guiding these young composers through the complex process of scoring a motion picture.

The final day of the workshop is the day when the composers conduct their own scores here on this historic soundstage. Named in honor of Alfred Newman, the king of Hollywood film composers, and also Randy Newman’s uncle, it’s been the place where the scores for countless classics have been recorded, from Marilyn Monroe’s sultry rendition of “Heat Wave” in There’s No Business Like Show Business  to the Sound of Music to the Planet of the Apes and beyond. For a baseball player the summit is the World Series. For a film scorer, this is the place, and a dream come true for these twelve composers, and the generations which have preceded them for the last 25 years.

The sound is extraordinary. Anytime you have an orchestra of such vast proportions the sound is glorious, but to be heard here on this soundstage just inches away is breathtaking. “This is the real thing!” says Knutsen with a twinkle in her eye. “This has a human element. It is not computer generated. It is real. It’s what a real orchestra sounds like!”

She said it was like “old home week,” with musicians and friends and mostly the composers from previous years, most of whom have gone on to great careers doing this thing they love the most. “This is not an easy business,” she said, “but it is so great to see how many of our friends are working. They’re doing it. So this is about memories, but also about moving forward.”

At the conclusion of their scoring day, in which each composer conducts his own short scene – about 3 minutes each – they leave with a reel that they can use to further a career already substantially furthered by this workshop. Many of the proud alumni from previous years were in attendance, and happily related how their careers have progressed since.

Chad Rehmann of St. John’s, Michigan, who attended in 2011, said he auditioned several times before being accepted. “I sent in 4 or 5 pieces, and I wasn’t chosen over and over. But I didn’t give up.” Eventually he got the acceptance, a dream come true, and composed a and came to this stage to conduct a scene from Lovely Bones.” Asked how his music sounded when he heard it played live by an orchestra, he said, “Amazing. Really. Much better than I could have imagined.”

Jose Aguirre, a native of Lima, Peru, attended in 2009, at which time he wrote music for a scene from Star Trek. “It took me about ten days to compose,” he said, “starting with a mock-up I did on the computer. It was as if I learned about ten years worth of experience with this one workshop. I learned what worked and what didn’t. And yes, the sound of the orchestra playing my music – extraordinary! I got chills when I was conducting. It sounds best live. Amazing, really.”  Jose said he recently got an agent, and is composing music for several TV projects.

Zeltia Montes from Madrid, Spain, who also attended in 2011 and composed for a scene from Lovely Bones, was the only alum who said her music didn’t sound great when played by the orchestra. “I listened through head-phones,” she said, “and it was terrible! It didn’t sound good at all.” But when she removed her phones and heard the sound in its true glory, she felt better. “The energy of all those musicians united in playing my score – that was something I had never known. And it made up for my first impression.”

Many students agreed that making music in this historic room was “daunting” and “awesome.” Each reeled off their favorite films scored on this spot, and their connection with that legacy was enervating for all of them. “This is all I dreamed of, since I was a kid in Peru,” said Aguirre. “And here I am in Hollywood – on the Newman stage with a real live orchestra! It is truly the stuff dreams are made of.” 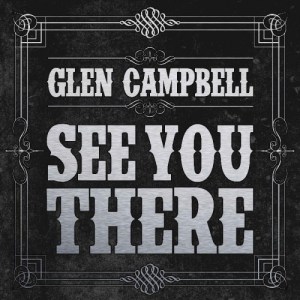 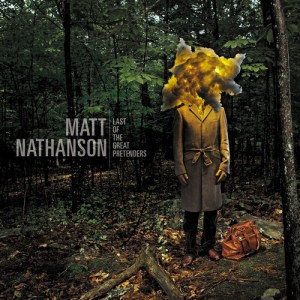