Jonathan Something is so rooted in absurdity that it could be terribly easy to gloss over his work. He melts genres together like he’s baking a soufflé on concrete. His 2018 debut, Outlandish Poetic, more than lived up to such a verbose title, and the follow-up, last year’s Art So Small You Can Hardly See It, continued bricking out groundwork for his oddball artistic career. But nothing could properly prepare for mastermind Jon Searles’ third outing, the horror-structured Cannibal House Rules, a buoyant, deliciously macabre setpiece of ‘80s sci-fi cinema.

“Theme to Cannibal House Rules” sets the unsettling mood with blood-curdling screams (literally) piercing the sonic fabric. Searles references such original motion picture soundtracks as John Carpenter’s “Big Trouble in Little China,” managing to also fuse with chewy bubblegum pop hooks of the era. His genre cross-stitching ─ bouncing from the giddy “God is Goth” and “Power Moves,” which nods to Whitney Houston’s “Didn’t We Almost Have It All,” to the silky, sax-toned “It’s Hip Not to Try” ─ erupts into a towering skyscraper of craftsmanship. Where “Sticky Love” emits its fumes across a backdrop of new wave, “Escape from Sex City” is a dangerously succulent mindtrip into synth-pop.

Searles whips the listener across a desolate and dirty grindhouse soundscape that’s devilish, naughty, and fang-toothed, fit for such landmark horror films as “The Lost Boys” or “Maniac.” It’s a truly dark and shadowy affair, playing on emotions as much as musicality, and the excitement lies in the sheer boldness to master a 16-track record that zips and zags far beyond the boundaries of simply an artist statement. “You eat my liver for dinner / Then have my heart for dessert,” he growls on the title cut. Cannibal House Rules pressurizes the thrill and frightening adventure of 1980s music, art, and film, especially horror; Searles conceptualizes his own version of that period, imprinting his own strange sensibilities and transporting it all to a place where time doesn’t even exist.

“I tend to get voice fatigue when listening to music and just want to hear instrumental music that’s able to build a world within the sound,” the musician notes in press materials. Jonathan Something certainly does that and much more across Cannibal House Rules, an exemplary soundtrack that provokes, terrifies, and gets the blood pumping. 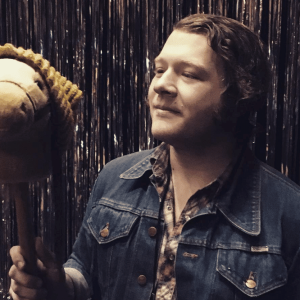 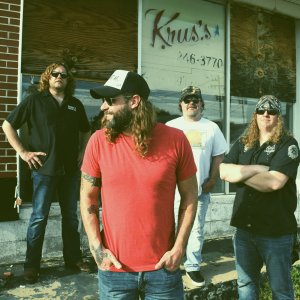