When Jordan Davis sat down with his brother Jacob along with brothers Josh and Matt Jenkins to write “Buy Dirt,” it evolved into a song about the power of family, faith, finding the right love, and a circle of friends. Released in 2021, three years after Davis’ 2018 debut, Home State, and the title track of his second album, “Buy Dirt” featuring Luke Bryan, earned Davis a 2022 ASCAP Honor.

Already honored with the NSAI Song of the Year award, “Buy Dirt” was also nominated for a CMA Award for both Song Of The Year and Single Of The Year and was one of the top five most streamed songs for two years in a row in 2021 and 2022 (with more than 677 million streams to date).

“It’s extremely humbling,” Davis tells American Songwriter of his ASCAP win. “I’m very grateful since it’s voted on by songwriters so it’s peers and it’s very special. When I moved to town to just write songs for other people and hoped that one day, maybe I can have a number one song. Now, I have goals that I never even would have had when I first moved to town, because I wouldn’t believe they were attainable.”

As the song was coming together, Davis felt his personal connection to it, thinking of family and their patriarch, his grandfather, but never imagined the reach of the song. The Louisiana native was first inspired to write the song thinking about the acre of land his grandfather owned and his pride in that property in Stonewall, Louisiana, and the values and faith growing up in Blue collar family, Davis was able to reach a more vulnerable space writing with brother Jacob and the Jenkins.

“We truly just sat down to write from a really honest place,” says Davis. “It’s about the wisdom given to me from my grandfather, so we sat down to write and to just try to channel that. I don’t think you can ever sit down and write a song and think that it’s going to do what this one’s done.”

He adds, “We tried to be really honest the day that ‘Buy Dirt’ came out, and being able to write with the Jenkins brothers, you can get really vulnerable when you’re around people you’ve been writing with for six years—and my brother, who’s been around since I showed up.”

“Following “the success of his 2020 hit ”Slow Dance In The Parking Lot,” originally released on Home State and co-written by Davis and Lonnie Fowler in 2014, hit No. 1 right in the middle of the pandemic in 2020. Produced by Paul DiGiovanni, the song told the story of Fowler and his wife’s first date. “Talk about writing from an honest place,” adds Davis.“I don’t know if I had a more honest song. Though it wasn’t my story, I feel like the heart of it connects with a lot of people.”

The song, says Davis, also has some of his favorite lyrics—Making the most of whatever we got / Even if it’s just a slow dance in a parking lot. “It’s not about a long weekend in wine country or skiing in the Alps,” says Davis. “Sometimes it’s not necessarily where you’re at, or what you do and what you’ve been given. What has become Lonnie and his wife’s story that they get to live out every time they hear it, at the time they were probably some poor college kids.”

Davis adds, “You’re able to go wherever you want in three minutes, and that song just says that it doesn’t have to be this wildly romantic thing. Sometimes it’s as simple as asking somebody to dance with you in a parking lot in the middle of Pennsylvania.”

For Davis, his own writing has evolved over the past decade since first moving to Nashville and signing with Universal Music Group and the release of his debut single “Singles You Up” in 2017.

“I’ve at least got to the point where if I’m going to sit down and write a song, it’s got to be from someplace very personal to me, or somebody that I know very well who has gone through it—whether it’s a breakup, a life song, a falling in love song,” shares Davis, who is gearing up for a new album in 2023. “If you can pull on those real-life emotions, that’s how you’re going to increase your chances of getting something special every time you sit down.” 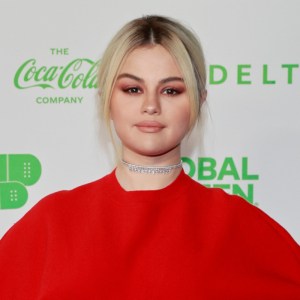 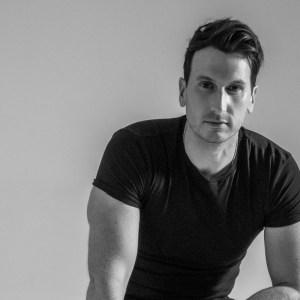