Jordan Davis has a way of immersing you in his world. By modern country standards, his songwriting marksmanship stands out against radio fodder built around grooves, moods, and sinewy hip-hop cadences ─ and little else. Lyrics and stories of yore have taken a backseat, but Davis is the kind of high-wire act always balancing between commercial viability and lyrical splendor.

Last month, he nabbed his third chart-topper, the swirling romancer “Slow Dance in a Parking Lot,” a cut from his 2018 debut LP, Home State. The record, also containing No. 1 hits “Singles You Up” and “Take It from Me,” cemented his aesthetic: a southern boy with a knack for capturing small town life.

Davis owes much of his storytelling heft, and great attention to detail, to none other than John Prine. “I can remember being so young, and I had never heard a song said like that ─ going back to songs like ‘The Great Compromise’ and ‘The Late John Garfield Blues,’” he tells American Songwriter over a phone call last week. Both those entries serve as centerpieces on Prine’s 1972 sophomore album, Diamonds in the Rough, also starring “Yes I Guess They Oughta Name a Drink After You” and “Clocks and Spoons.”

“He’s the greatest songwriter to ever live. If you want to be the best, you have to do what the best do,” he adds. “He’s the best at it, so I try to take a few things from the ole book of John Prine.”

He tiptoes along the tightrope, the production chewy and bright, the lyrics evocative and wise. “I had one say we were done in a Baton Rouge college bar / It kind of came out of nowhere, man / I took that one pretty hard,” Davis primes the listener for his heartbreak tale. He then swerves on the hook, offering a bit of hope through the “tears and beers” that come with a breakup. He rallies the listener to accept what was and discover what is.

“Jesse and Hilary and two of my favorite songwriters in town. Hilary probably has my favorite voice in town, which is why she’s so prevalent on this song,” he says of the song, featuring Lindsey’s starlit harmony peeking through the layers.

Lindsey tossed out the idea of “almost maybes,” those close-calls you never realize are right there until much later. Davis was hooked to the concept. “There are a lot of almost maybes in relationships that we have to go through, and it eventually leads you to the one you need to be in. That hit home pretty hard. I’ve been through some relationships that at the time I would have sworn to you were it. Then, everything doesn’t work out and comes unraveled.”

Instead of “being sad and resentful,” Lindsey notes, the song becomes a celebration of “the people that broke your heart, or the ones that didn’t work out, or were just plain wrong.”

“Jordan is such a great writer. He has such a great voice and such an incredibly kind spirit. I’m thankful for any day I get to be in the room with him,” she continues. “It was so much fun writing [this song]. Jesse had a killer musical vibe going, and once it was said, we were off to the races. I just remember it being a super fun day. I was also so happy Jordan asked me to sing on the record. I love jamming this song.”

Frasure agrees. “Any day writing with Jordan is a dream. He’s got amazing writing chops and his smooth voice makes a producer’s life way easier. Adding Hillary to the mix made for an incredible day of writing,” he offers. “They immediately gravitated to a track I played and started singing melodies over top. Once we paired it with Jordan’s unique lyrical style, we all left knowing we hooked a great one.”

Davis, now married, welcomed his first child with wife Kristen last fall. You could say things worked out like they were always supposed to, and he doesn’t regret a moment of his journey. “I try to move on from [the past]. I definitely try to pull things and learn from it,” he says of never harboring regrets. “There’s absolutely nothing positive that comes from sitting around and thinking about something that’s already passed and you can’t do anything about. It’s better to put it into the past, take your bruises, and move on.”

Former relationships have been necessary testing grounds for growth, though. “I’m a selfish cat, dude,” he admits with a chuckle. “Relationships go south because it’s your fault or the other person’s fault, and at the time, you’re not really ready to confront it. That was what ruined a lot of my past relationships. Selfishness is something I was bad at and I’m still working on it today. Back then, it wasn’t the right time. I wasn’t ready to be in a relationship or settle down. You learn a lot about yourself through breakups.”

With “Detours,” written with Jacob Davis and Dave Turnbull, Davis toys with the notions of fate and destiny, winding through the past until he arrives on the present and celebrates the good life he’s built with his wife. “I think there’s being aware of where you are. It’s more listening to your gut [than fate]. With Kristen, everybody says that with the way we met ─ that it was destiny,” he reflects. “To me, it was something I had to keep telling myself. Something felt different whenever I was hanging out with her. It stuck in the back of my mind.”

He continues, “I guess you could call it fate or destiny. Sometimes, I think the good Lord puts people in your life when they’re supposed to be there. It’s up to us to acknowledge that and see them.”

“Church in a Chevy,” co-written with Josh and Matt Jenkins, two of his go-to songwriters, strikes an emotional, soul-baring chord. “I woke up today, and the world felt heavy / So, I grabbed my keys, and I went for a drive,” he paints on the opening line. It’s melancholic but hopeful.

He was facing an especially rough time in his career, feeling creatively drained, when the song popped into his mind. “I thrive so much on an idea or a lyric that really fires me up. Sometimes, even whenever I have the idea or lyric, and I feel it getting away from me, I might as well leave the writer’s room right then,” he explains. “It’s tough for me to go on and have that same kind of passion I had the second I heard what the song could be. There’ s no worse feeling for me when I know I’m losing it, and the song’s not getting to where I need it to go.”

“I knew I had to get new music out, and I wasn’t getting the songs I wanted. I was still searching for some songs that fired me up. I went back to my core group of songwriters until I wrote myself out of it. That was the day [this song] was written,” he says. “I felt like I had this black cloud coming over me every time I was walking into a writer’s room. I was putting a lot of pressure on myself to get some of these songs that meant something.”

“Amazing grace came flooding through the windshield / Felt some broken parts of me start to heal,” he sings, metaphorically falling to his knees. “My lost getting found / No one else around / Middle of nowhere dirt / I went to church in a Chevy.”

A Louisiana native, Davis was no stranger to vacation Bible school and Disciple Now in high school, but hunting with his father and brother proved to be just as cleansing. “As you get older, I find that I clear my head when I’m by myself,” he says. “It does help to get away into God’s green earth and be quiet.”

“As a believer, I also think it doesn’t have to be a church. If you do want to talk to God or hear from God, it doesn’t necessarily have to be on Sunday mornings or Wednesday nights or whenever you think you need to hear from Him. He’s always willing to hear from us. We have to take the time to get quiet enough to hear what He’s got to say.”

Davis’ new EP (out May 22), which he sees as a bridge to his next record, fits snuggly against his previous work. In many ways, it’s also a necessary leveling-up for him, as he delivers sturdy radio-friendly cuts like “Ruin My Weekend” (another Jenkins’ brothers co-write) and “A Little Lime” (penned with Josh Kerr and Jacob Davis) and, of course, the moving “Church in a Chevy.”

“I try to write songs that you can hang your hat on. I’m not saying all of them are songs that’ll go down as this magnificent piece of songwriting. At the same time, when you’re putting a show on, especially the kind of show we put on, you need those songs like ‘Singles You Up’ and ‘Ruin My Weekend,’” he explains. “But as someone who loves songwriting and songwriters, it’s special for me to have a song like ‘Church in a Chevy,’ something that shows depth and vulnerability. No matter the reception to it, I’m happy.”

The six-song collection drops two years after his previous release, but it’s been a long time in the making. A constant touring act, Davis began to feel the pressure even from his fans. “I felt the songs had reached their limit. We get tired of playing those songs. We were looking for something new. We also read the fans,” he observes. “At some of these shows, obviously they don’t say it, but it’s almost a look on their face that says, ‘We need some new material.’ When you’re writing all the time, you have songs you love and want to get out.”

Instead of postponing the release, as many artists have done due to the current COVID-19 pandemic, the EP was actually moved up three months earlier than originally planned. He would have been out on the road touring with Brad Paisley right now, but he found it even more urgent to release new music.

As an aftereffect, Davis is eyeing his next full-length, tentatively for an October release. “We’re already three or four songs into the record. If you give downtime to a songwriter, it’s not going to take too long before he’s got a batch of songs he wants somebody to listen to.” 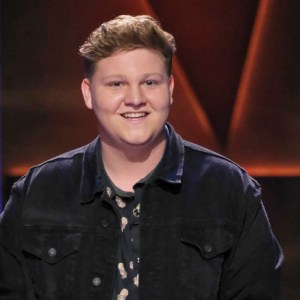 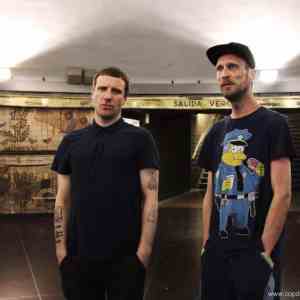