Upon first discovery, the Sleaford Mods hit you like a mallet to the middle of your forehead; square, direct and with a thousand pounds of force.

Built upon zero fluff and even less concern of what people might think, Jason Williamson and Andrew Fearn have been smacking people sideways with their punk, post-punk, hip hop, groove beat laden, spoken-shouted diatribes for the last eight years. While Fearn is responsible for the musical bed, it’s Williamson who delivers the lyrical messaging. A mouthpiece for the broken and down-trodden citizens of the world on topics ranging from hellish lifestyles to raging against the evils of the political system, Williamson has been referred to as everything from a breath of truth and trust to a poet and philosopher.

“I don’t like that really. The word poetry is a little bit like the word genius, it gets thrown around a bit too commonly these days,” chuckles Williamson. “It’s really nice that people think along those lines, it really is. It’s quite an honor to be called those names, but at the same time those names are bandied around too much by people that haven’t really got an idea of what they actually are or what they mean.”

Modesty isn’t a cloak for Williamson, he truly is an unassuming man who merely knows what he wants to say and has a penchant for doing just that. Still, even he can’t casually dismiss praise when it comes from the Godfather of punk. The great Iggy Pop has applauded the band publicly for years now because in many ways, they are doing things the same way he did – unapologetically their own way.

“It blows your head off. It’s like a dream almost because he’s a titan. He’s from the old school. He was practicing his ways when a lot of other people of his caliber were practicing their own ways and set the landscape for music.”

Having just released a new album last year and now with their 2020 world tour plans shot, the Mods remain visible with their new release All That Glue (pre-order), a self-styled retrospective of what got them from inception to here. Much like the rest of what makes up the Sleaford Mods, don’t go looking for a slick and shiny package. What you’ll find is a boatload of unreleased material along with what the boys consider to be the guts of the band as opposed to highlighting their brightest moments.

“We wanted it to be more of a collector’s piece for some of the hardcore fans and an interesting vehicle, but also an introductory package for people that weren’t aware of us.

“We needed a platform for some of the stuff that you couldn’t get hold of anymore. Some of the early stuff was released on limited 7” that you can’t get anymore. You can’t even get it on Spotify. So, we thought if we got together for a kind of retrospective, we could put those things on there. We could include lots of unreleased material that we think is just as good as anything that’s been released.

“It’s the centerpiece so to speak. If nobody is familiar with us, you can go to this and pull it out. You’re not just listening to what people would consider the best efforts. You’re listening to a cross section of stuff that we think makes up the body of Sleaford Mods.

All That Glue comes at just the right time for the band as well. World lockdown aside, the band has enjoyed a steady trajectory over each of their years. 2020 was supposed to bring them back to the US for an extended stay as well as take them on their first trip around Australia. While the US trip might be on hold, they were able to get in and out of Australia before the world exploded.

“We were able to get the Australian tour under our belts. We went and played that, and the response was phenomenal. We sold out every show. We were there at the end of February and got back just before Australia put a clamp down on live shows. Two days before actually so we made it by the skin of our teeth.

“We’re probably not coming over to the US now, which is unfortunate. We’ve got some rescheduled shows for October, but I don’t know. Judging from what I see on the news in your country, I don’t know if there will be any live shows this year which means I imagine we will be very busy in 2021.”

Most bands like to say they have a live energy that can’t be captured in the studio. With Sleaford Mods, that is unabashedly true. Their music is fueled by the kind of sweat equity that only comes from a live audience. It doesn’t matter if that audience is in a 250-person club with the first face pressed up against the stage or if it’s a thousand seat venue with people’s backs smashed against the furthest wall. The Sleaford Mods are an amplified passion and Williamson knows the live show is the gateway to the albums for most Sleaford Mods fans.

“I think it’s a bit of both really, it just depends on how the person receives the recorded material. A lot of the time, people don’t like it but once they see us live it changes their minds. The two things are very different in a lot of respects, but I would imagine it’s a bit 50/50 on that. Maybe 60/40. The music is very good, obviously, but it can alienate people. The live experience though can act as a gateway for the same people because it’s a different beast entirely.”

A different beast indeed and the Mods are a different beast than they once were as well. The altruistic duo has grown over the years and that growth is reflected in both the songwriting and the live performances. The blood pumps just as hard, but they’ve become more seasoned. Nobody in their right mind would suggest they’ve lightened up or relaxed at all but, regardless of who you are, if you do something over a period of time you can’t sidestep change and growth.

That unto itself is one reason Williamson loves the idea of All That Glue. While they do things now they couldn’t do then, they did things then they can’t do now and he wants you to know that first hand.

“The earlier material in a band’s life you just can’t recreate. That energy and naivety you get from the early recordings of walking blind so to speak before you learn the art of songwriting and subtlety.  In our case that’s quite true. We’re a different band in a lot of respects.” 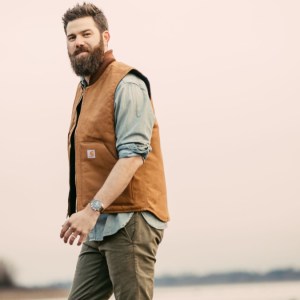 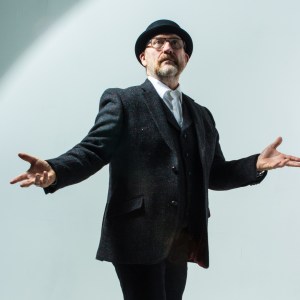