Jack Johnson never expected he’d have to sing a straight melody. One-half of Jack & Jack, a pop/hip-hop hybrid, he witnessed “No One Compares to You” absolutely smash on streaming last year. The tangy house track now boasts 173 million Spotify Streams, even without their signature rap hook.

Perhaps, it is Johnson’s willingness to step well outside his comfort zone that has led to such monstrous success. Or, it could be the perfect storm. Jack & Jack had released a series of demo tracks, including “Stay with Me” and “Rise” with Jonas Blue, leading into their debut record, A Good Friend is Nice, early 2019.

Not only did their work pay off, but it gave Johnson the opportunity to push his vocal limits. “My hands were kind of tied. I had to do the pre-hook. We got a good vocal take,” he recalls to American Songwriter over a recent call, “and then we came to the point where we had to do this live on James Corden’s show and Jonathan Ross. I was like, ‘Holy shit. I really have to work on my vocals.’”

“Even if you have a good voice, but you’re timid and you don’t believe in yourself, it’s very transparent onstage, especially on a stage that big,” he continues, reflecting upon his own struggles to overcome. “I had to go for it every single time. Now it’s to the point where I don’t hold back.”

Everything built to that moment, and it became clear their stardom was swiftly rising. Instead of continuing to ride that wave, however, musicians and songwriters Jack Johnson and Jack Gilinsky went on hiatus, taking a break from joint collaboration to explore what could happen if they dove into their own respective musical pools.

Following their 2019 tour, Jack & Jack were beginning to feel “very co-dependent on one another, attached at the hip, and we thought we probably couldn’t do anything without the other one being involved,” Johnson explains of the split. “I think it was really good for us to kind of branch out and get my own personal studio sessions. We’re different people at the end of the day even though we have very similar interests.”

Even more, he expresses deep concerns the duo had plateaued, in terms of their live concert draw. “We were doing the same cap venues, like House of Blues type venues, for the last three or four respective U.S. tours. I felt like we were staying stagnant in terms of growing numbers and whatnot, even though I think musically we’re really advancing and learning a lot about ourselves. The quality of the music is becoming better and better. I think we just wanted to give the fans something new and try to attack the world and the industry from both angles and see if we could maximize our reach via our own individual interests and musical abilities.”

“This is a very personal record. I was getting all these memories of this girl I was talking to back in 2017, and we had a falling out,” says Johnson. “I think everybody has that kind of moment in life. Everybody goes through that kind of backstabbing, toxic kind of love. I was channeling the most intense relationship I had.”

“You Lie” was written fresh off the road. Jack & Jack had finished wrapping the North American leg of their 2019 tour, and he needed an emotional release. The song deals in “things I never told anyone outside of my notebook,” he admits. “I like to write a lot of emotional stuff and dive into the more somber side of me. People see me as this happy go lucky guy, who always has this high energy, which I think is true, but there’s feelings that I suppress. There are things I feel like I can only get out in music.”

“You Lie” is just the beginning. The song anchors a series of singles this year, culminating in a six-song EP. “I have a whole theme. There’s an entire brand I’m coming out with that is deeper than just the music,” he says. “It’s kind of all over the place. And I really just want to showcase with this first project, my versatility and just how I can switch it up. You might be in one mood right now, and then a couple minutes later, you’re in a happy mood. And then a couple of minutes later, you’re kind of back in this somber, in-your-head, thinking-about-life type of mood.”

A moody, sobering set-piece, “You Lie” lays the groundwork for what could be Johnson’s creative rebirth. “I guess, you were the wrong type / The type to bring out each other’s worst / The perfect inspiration for this song type / So I sit and song write / Now that’s my release,” he spits. “Piecing my puzzle back together eventually / Crossing my fingers, hoping you’ll stop showing up in my dreams.”

“You got on my knees, praying to a God I don’t believe in / It’s our final chapter, girl, so be it / Catch me out here on the edge while I fight these demons,” he describes the weight of heartbreak, crushing and relentless.

Coincidentally, “You Lie” arrives shortly after the five-year anniversary of Jack & Jack’s debut EP, Calibraska. Side-by-side, the work stands in startling contrast, demonstrating Johnson’s maturity and growth as a songwriter and performer now. “If you just take a song out of context from ‘Calibraska’ and compare it to my recent project, it’s so night and day,” he says.

“I had no competence in the booth then. I think I could always song write. I always loved metaphors, and Lil Wayne was always my favorite rapper with his punchlines and wordplay. And I feel like I’ve always been a good songwriter, but it was just my delivery,” he recalls. “I wasn’t confident in myself and my abilities. When you listen to some of those older records, you can kind of see this kid trying to be confident, but he’s not quite there yet in his persona and voice. I hadn’t found myself yet.”

As vital as those early records remain, “You Lie” indicates he may very well be “entering my prime right now in terms of songwriting, especially writing melodies,” he offers. “I’ve really been focusing a lot on melodies. It’s so easy for me to write raps and hip-hop verses. I’ve been trying to find my singing voice, too. That’s been a huge part of this recent chapter.”

Subsequently, flexing his vocal muscles led to a songwriting breakthrough. “I think of songwriting not just in the hip-hop sense and with the lyrics, but now, I think of it in a whole melodic way. I love writing hooks and writing all the hooks on my projects. That was a very important step for me.”

Like many artists these days, the ongoing pandemic has either led to creative stagnation or a renaissance. Johnson plants firmly in the latter. He’s never felt so alive in his music, and quarantine gave him permission to take even greater control over his work. “It’s been by far the most creative period in my life. It kind of sucks, though, because I was stuck in my one-bedroom apartment, and I probably got like 30-40-plus noise complaints,” he says. “It was kind of disheartening. I couldn’t play music out loud. I had to work only in headphones, and I love listening back on speakers to really catch a vibe.”

“Even though I was stuck in my apartment, I found ways to be creative, whether it be like on TikTok or just producing more. I was making at least two or three beats a day during quarantine,” he adds. “I realized I can actually do this all myself, as well. I’ll never fully cut the producers out of the mix because I love getting different perspectives. I think there will be a project at some point that’s fully self-produced.” 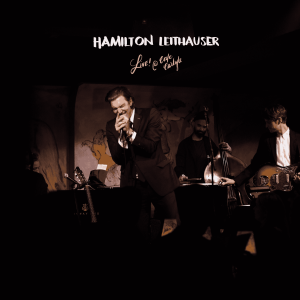 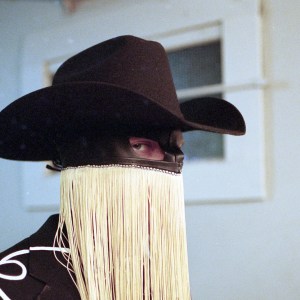