Emerging singer-songwriter Kate Bollinger released a new single, “Candy,” on June 5. Bollinger first performed the hazy, transfixing track, which sounds as sweet as its name suggests, for this year’s NPR Tiny Desk Contest. Produced and co-written by John Trainum, the song narrates the pleasant surprise of expectations being exceeded.

We chat with the Charlottesville native about her songwriting process, collaborating with Trainum and exploring the dream-world she builds in “Candy.”

I almost always begin by writing something on guitar. The singing starts as wordless nonsense and then becomes a word or a few syllables that end up guiding what the song is about. I compare my songwriting process to dreaming, just because it often feels like the song was written for me by my subconscious and it will bring things to the surface that I didn’t even know were on my mind. It’s kind of backward I guess because I never have a plan for a song, it just turns out the way that it does.

What inspired you to write your most recent single “Candy”?

I don’t want to say too much and cloud how others hear the song, but it’s kind of about lowering your expectations and preparing for the worst and then being surprised with the best instead. I can set really high, unreasonable expectations for things around me and have been trying to do the opposite, so the song was sort of in response to that.

You began releasing songs at only age 16 on SoundCloud and at age 20 on Spotify. How long have you been writing songs?

I’ve sort of always done it. I have really early memories of making up songs and singing to myself when I was in the ocean at the beach. The first time I remember actually writing them down and recording them on a tape recorder was when I was around eight years old. I had a little blue butterfly notebook where I would write down my songs.

What songwriters do you turn to for inspiration?

One year for Christmas my oldest brother gave me my first “official” songwriting notebook. In the first few pages, he had written me a guide to songwriting. I still remember it said that one of the first steps to songwriting was to listen to the songs that sound like what you want to write. Back then I was listening to a lot of Feist, the Extraordinaires, and Gwen Stefani, especially when she sang with No Doubt. The three of them are a few of my biggest influences, along with my brothers, who were both always writing music when I was growing up.

Do you have specific intentions for how you wish listeners to receive the meaning of “Candy”?

I don’t like to set those intentions really because I know it’s impossible to expect that everyone will hear it the same way. There are certain artists that I have been listening to since I was little and the meanings of their songs have changed for me as I’ve gotten older. I hope that that will happen for people with my music.

How did your upbringing in Charlottesville influence your music taste and process?

I was exposed to a lot of local music in Charlottesville from a young age. When I was six and my oldest brother Ross was in high school, my mom would take me to see his band, Body For Karate. I remember going to one of their shows at this venue in Charlottesville that closed down, called the Gravity Lounge, and getting to dance with all of his high school friends. Later on when I was in middle school and my brother Will was in high school, I would go see his band, which was called Winston Cup 1981, with my friend who was the little sister of one of the other band members. I think Charlottesville definitely informed my music taste in some ways, but I think it also had a lot to do with my family and what sort of shows they were taking me to or what CDs they were giving me for Christmas. But then again maybe that was a result of the town.

You just released a video for the NPR Tiny Desk Contest 2019. What inspired you to submit to their channel?

I love NPR’s Tiny Desk Concert! So many artists that I love have been on it, so I thought I would give it a shot. It was nice to have an excuse to make a fancy live video, too. A friend from Richmond, Virginia, Connor Barrett, made the video and John Trainum did the audio.

After co-writing this song with John Trainum, have you discovered whether or not you prefer writing songs collaboratively or alone?

John showed me the chords that he had written for “Candy” on keys and I loved how it sounded, so I learned it on guitar, slowed it way down, and wrote lyrics to it. The process didn’t feel much different than it normally does. I definitely prefer writing melodies and lyrics on my own, but a good song is a good song, and I’m very open to writing over another artist’s instrumentation. I know zero music theory and haven’t been classically trained, so I love being able to write to music that I probably wouldn’t have come up with myself. It’s a nice change.

How has your style changed since you started to release music?

I used to release more folky sounding songs on SoundCloud, mostly because I was more limited to just working with guitar and vocals. At the beginning, I would record in bathrooms and stairwells because I liked a lot of reverb. I was using tons of vocal layers and harmonies at the time, so the natural reverb made everything blend really well. When I started writing lyrics to John’s beats, I played around with a style that was inching more toward R&B. And then finally getting a band together ﹣which currently consists of John Trainum, as well as three amazingly talented jazz musicians from Richmond, Virginia, Chris Lewis, Jimmy Trussell, and Jacob Grissom ﹣ transformed the sound even more.

Are there any particular lines in this song that you feel attached to?

I like the line “You make for lighter landings/ I prepare for hard falls but am met with light every time.” It’s not necessarily my favorite line or even the “best” line, but it’s probably the most important one that could stand alone for the meaning of the song. 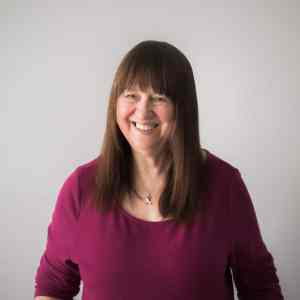 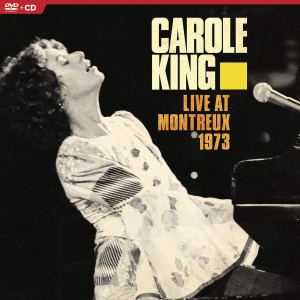