Kelsey Waldon grew up in — no kidding — Monkey’s Eyebrow, a tiny rural community in western Kentucky, nestled between the Ohio and Mississippi rivers. She has vivid memories of how those two bodies of water would break their banks nearly every years, sending brackish water into the fields and into her home. “We lived in flood country,” she says. “Our basement flooded all the time, and it was normal to have water moccasins down there. My dad built levees so we could get to the high points, but we still had to take a boat to our house.” They didn’t have the money to move, although even if they did, it’s likely the Waldons would have stayed put. “People would say, ‘Why don’t you just move?’ Well, that was home.”

From a young age she stockpiled memories of home and has turned them into country songs as sturdy as they are rowdy, overflowing with evocative details that lend soulful specificity to what might be considered country music conventions: hard times, close families, addiction, faith, wanderlust, death. Take “Kentucky, 1988,” the beating heart of her new album, White Noise White Lines. The way she describes home as “walls of knotty pine, a brown trailer on wheels, concrete foundation in the middle of a dove hunt field,” you feel you’ve been there with her. And you feel the ominous threat of those two rivers on either side of Monkey’s Eyebrow: “The Ohio River rolls on banks of sand. If it don’t flood this year, we’ll have crops again.”

“Kentucky, 1988” is Waldon’s version of “Coal Miner’s Daughter.” It’s a song as memoir, as superhero origin story, as a key that might unlock everything else she has ever written or ever will. Not that Waldon would ever compare herself to Loretta Lynn, but she knows to aim high. “That song isn’t covering my whole life and it doesn’t say everything I would ever have to say, but it’s a small glimpse into who I am. This is my stock, for better or for worse.”

White Noise White Lines isn’t Waldon’s debut. In fact, she recorded and self-released two critically acclaimed albums before it: 2014’s The Goldmine and 2016’s I’ve Got A Way. Nevertheless, her latest sounds like an introduction to a bold and idiosyncratic artist. “I feel like the whole album is the most autobiographical thing I’ve done,” she says.

Waldon began writing songs when she was nine years old. “They were just written on whatever pieces of paper I could find. The funny thing is, it was all divided between verses and choruses. It’s weird that I knew to do that.” When she was a teenager obsessed with Bob Dylan, her mother bought her a small multi-track recorder, so that Kelsey could make her own CDs. “We still have it, but I’m not sure I want to get those songs off of it. It would have been cute if I was still nine years old, but no one needs to hear my teenage songs.”

Waldon left Monkey’s Eyebrow after high school, intent on making a name for herself in Nashville. But the 19-year-old aspiring singer-songwriter couldn’t get into bars to play her tunes and build an audience. After she turned 21, she tried again, this time with more success. She put together a band, started touring, and didn’t stop. Meanwhile, one of her records ended up on the turntable of John Prine — “my absolute hero!” — and he turned out to be a fan. That led to a duet on the Cayamo Cruise and a handful of dates opening for the legendary singer-songwriter. Fittingly, the first song they sang together was Prine’s “Paradise,” about the gradual destruction of Muhlenberg County, Kentucky, by coal-mining companies.

In May 2019, she made her third appearance at the Grand Ole Opry, singing a few songs with Prine (and sharing a stage with friend and fellow Kentucky native Sturgill Simpson). During their set, Prine announced that his label Oh Boy Records — one of the longest-running and most successful independent labels in Nashville — had signed Waldon and would be releasing White Noise White Lines. She became one of only three artists on their roster, and the first new artist signed in fifteen years. But what made the night truly special, she says, was the fact that her family was in the audience. “They’ve been at every one of my Opry appearances. It means a lot that my granny got to see that, because she’s always been such a big country music fan.”

The Opry is a long way from Monkey’s Eyebrow, and Waldon got here by finding the right balance between the personal and the universal, by turning her own experiences into songs that are relatable to anyone. “You don’t have to be from a certain place. You don’t have to be from Kentucky or anywhere to get something out of it. That’s the beautiful thing about true art, although I’m not saying the songs I write are true art. But the art that I love — the songs that I love — is universal. They can be whatever people need them to be.” 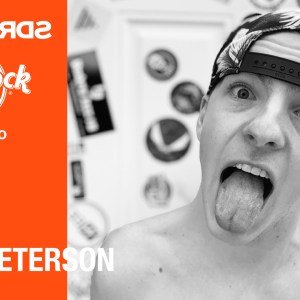 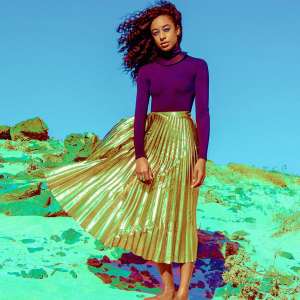