The 29th annual Folk Alliance International conference kicked off Wednesday night in Kansas City with a star-powered awards show that signaled the organization’s growing influence, despite the fact that none of its musical award-winners accepted in person.

Michael Kiwanuka, Sarah Jarosz and Parker Millsap did record video thank-yous for their respective Song, Album and Artist of the Year awards; Kiwanuka and his band, Inflo, won for “Black Man in a White World,” Jarosz won for Undercurrent and Oklahoma native Millsap was recognized in part on the strength of his 2016 release, The Very Last Day.

And Bruce Cockburn showed up to accept the inaugural People’s Voice Award from performer/presenter Kris Kristofferson, who drew swoons from emcee Paula Cole earlier in the night. Meanwhile, Actress Megan Mullally, who presented the music awards, cracked irreverent jokes and promised to get “naked and wasted” at her own late-night musical showcase. But the evening had many moving and meaningful moments as well, including the acceptance speech by Spirit of Folk Award winner Ramy Essam, whose song, “Irhal,” became the anthem for Arab Spring protesters. He became known as the movement’s “musical voice” — for which he was imprisoned and tortured in Egypt. Now living in exile in Sweden, he said he was lucky to witness the strength music has to unite people of different backgrounds, and how it can “describe people’s hearts when they can’t speak and talk.”

“Dictators are really afraid from the art, the music,” he said. “I saw it when my music was forbidden in my country. I saw that when they arrested me two times; I really saw it in their eyes. They were afraid because art and music is the only thing that dictators can’t stop … that they will never be able to stop. … So, music all the time!”

For veteran Folk Alliance conference-goers, the night’s most poignant moments came during the tribute to former executive director Louis Jay Meyers. Meyers passed away on March 11, 2016, just weeks after last year’s conference and hours before he was to attend then-President Obama’s opening speech at another conference Meyers had co-founded: South By Southwest. A nine-minute video memoriam drew both tears and laughter; even the fact that it had to be restarted when the images failed to appear caused amusement. Speaker Doug Cox joked afterward, “I [was] backstage, about to start crying, and then Louis turned the power off. Thank-you, Louis.”

Cox is director of the conference’s music camp, which Meyers started after he stepped down as executive director in 2014, after nine years, to become special projects director. Original director Mark Rubin called it Meyers’ “last great vision” and Cox announced that the camp was being renamed in honor of Meyers, who took a somewhat identity-challenged organization and turned it into a stronger, growing entity. Attendance at this year’s conference rose to 2,781, nearly 300 more than expected, from 2016’s figure of 2,423. About 1,000 are attending for the first time.

They include Cockburn, who noted his award — which the organization created to recognize “an individual who unabashedly embraces social and political commentary in their creative work and public careers” — was the first honor he’s received in the United States. A Canadian citizen who now lives in the U.S., Cockburn first gained stateside fame with his songs “Wondering Where the Lions Are” and “If I Had a Rocket Launcher.”

When he became known as a political writer, as opposed to previous tags of Christian writer or “the John Denver of Canada,” he said, “I had not thought much about the effect of the political aspect of my songwriting; I’d always felt, and I still do, that the job is to tell the truth of the human experience as we live it.”

“I’ve never been interested in protest for its own sake, or in ideological polemicizing,” Cockburn added. “Just fuckin’ tell it like you see it and feel it. If you don’t see it and feel it, write about something else. Songs need to come from the heart, or they don’t count for much.”

Earlier in the night, singer-songwriter Eliza Gilkyson presented another inaugural award, the Clearwater Award, named after the first organization to receive it, the Clearwater Festival. It will go annually to a festival “that prioritizes environmental stewardship and demonstrates public leadership in sustainable event production.”

And Meyers’ niece, Laura Callahan, announced the formation of the Louis Jay Meyers Music Project, which will foster and support new and emerging talent and “his insatiable desire to make a difference … by providing and being an advocate and voice for independent music and those who make it.”

The conference continues through Sunday at the Westin Crown Center in Kansas City. 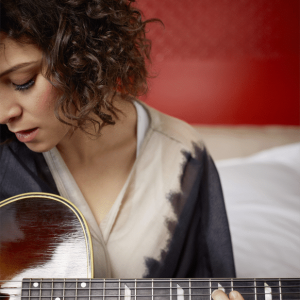 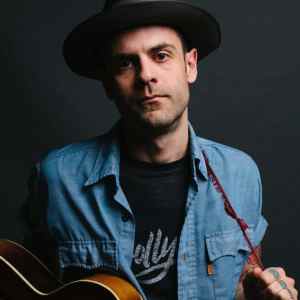