Los Angeles musician, Lauren Ruth Ward, belts a poignant lyric on her recent single, “Wise Gal,” from her forthcoming record, Vol. II (out March 16th), singing in reflection of her past, “I asked for sugar when I should have been making bread.” So much of what Ward stands for today as an artist is captured in that one line. The artist, who grew up in and around Baltimore, Maryland, has been on a continuous personal transformation ever since she put pen to paper to write her first chorus.

“That song is about breaking out of the way that I was conditioned,” Ward says. “When I was 16, I was too concerned with what guy I was dating or how much they were into me. Instead, I should have been making bread – meaning, money. I should have been focused on myself, my academics.”

Ward, now 30 and out as queer, has changed her tune from those mid-teenage years. Five years ago, she moved from the more bohemian Baltimore to faster-paced L.A. to pursue music. She left a lucrative hairstylist position behind and forged ahead. All the while, Ward processed her surroundings, what she grew up with and where she wanted to go next in her creative life. Ever curious about the human condition, the artist remains in search and ready to chew on and talk about the journey.

“I’ve always felt more comfortable expressing myself versus holding my cards closer to my chest,” Ward says. “I feel uncomfortable when people don’t know how I feel, which is kind of the opposite for other people.”

This passion for communication and connection is expressed not only through her music career but also in her work with hair, which she’s done professionally since 19-years-old. One look at Ward’s album art or web site photographs and her flare for color becomes apparent. Her aesthetic is rainbow, her range the full color wheel. As a result, she’s drawn to bring those bombastic expressions out of others, should they be interested, coloring their hair as wild and uniquely as she does her own.

“Facilitating other people’s expression is a huge benefit for me,” she says.

Ward began writing music when she was 13-years-old. She sang in her first band at 16. Though she liked it, she didn’t think much of it. At get-togethers, she’d pull out an acoustic more as a “party trick” than a true performance. But her clients and her friends kept telling her she had talent. In 2012, she tried out for NBC’s The Voice and while she didn’t win the show (or even seriously want to), it gave her the jumpstart and confidence she needed, making it to the top 150 of some 45,000 singers.

In Los Angeles, Ward began playing regularly. Since then, she has released two records, 2016’s self-titled EP and 2018’s Well, Hell, and has undergone multiple tours. Her latest album, Vol. II, is an 11-track bombardment of power. On the record, Ward is strong in her vocal attack but also gentle and thoughtful in softer moments. Ward is a capable performer both in restraint and exuberance.

On “Water Sign,” Ward growls in a gritty low register. On “Friendly Fire,” she bounces over plucked acoustic. On the record’s final track, “Must Be Nice,” Ward takes a political stance, commenting on the willful ignorance many in charge maintain, including the President. Originally, with the chorus written, the song was brighter, more relaxing. But, sitting in traffic one day, Ward saw a man urinating on the side of the road. Must be nice, she thought, to have that freedom. The perturbed moment grew and bubbled into a poignant song.

“There are many good men in my life,” Ward says. “I am not a man-hater. But there are so many motherfuckers who don’t know their privilege and a light needs to be shined on them. With that song, I have a wish. I wish someone would hear that song and it would change them.”

Ward’s music is rock ‘n’ roll through-and-through. Yet, there are many who claim that rock music is dying, dead or passé. Ward, on the other hand, says that’s hooey, incorrect. While radios may play rock music less and less frequently, the genre is still rather ubiquitous. And Ward is as fervent as any at making new, sticky, high-energy tracks.

“Rock is everywhere, just not on the stupid radio,” Ward says. “I go to two-to-five rock shows a week here in L.A.”

She will continue to make rock music, exploring themes in her life and writing songs to express how she feels in this crumbling-yet-reforming American landscape. In an age when gigs and festivals are cancelled or postponed because of an international virus and when political leaders are often of little help in crisis, music, for Ward, remains essential to growth.

“Music is healing,” Ward says. “That’s why I started writing and that’s why I will continue. Music heals. I don’t know what else to say about it – it’s indescribable.” 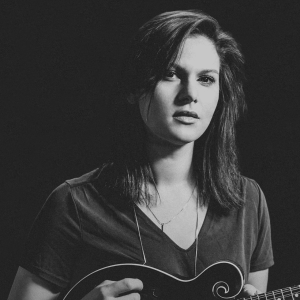 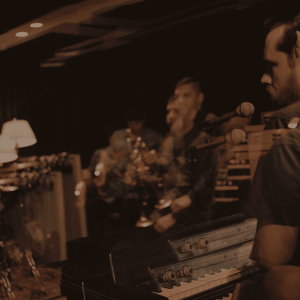