Whether someone has been a fan of Marie Miller since way back when the calendar read 2005 or, is just getting to know her through the very words in this feature, the mandolinist’s latest release shines brightly as a sign for the musical direction she is headed: right back around the sound that started it all for her.

Premiering today on American Songwriter, the newest single to arrive from Miller’s forthcoming LP, Little Dreams (due out March 27), is none other than “Wayfaring Stranger” – a staple in the standard and classic canon of traditional folk songs and historical repertoire.

“The traditional ‘Wayfaring Stranger’ is the perfect song for [Little Dreams], because it’s a song I grew up listening to and a song that inspired me to start writing in the first place,” says Miller.

Those enthusiastic about traditional folk instruments, roots music, and the songs continually-covered within, are likely to not only know “Wayfaring Stranger” but have a few favorite renditions of their own. Still, what makes a traditional tune so great lies in its ability to be recognized by many while also being constantly re-interpreted in new ways that reflect new people or the new present moment in which they are living.

Certainly not just this song but also Little Dreams as a whole, are both a big step for Miller. 10 years and her steadfastness with Curb Records is a lot of singularity for one artist over their career, especially considering many bands don’t make it to the decade mark for one reason or another. It’s understandable even with a completely content dynamic, that any artist might feel compelled to break out of very routine lifestyle, whether temporarily or for an extended time.

“This whole album is about returning to a more traditional way of songwriting and using my mandolin and bouzouki as the foundation for the rest of the sound,” Miller says.

While Miller is far from the original writer of “Wayfaring Stranger,” her approach to the timeless melody more than suffices as an introduction to show how the Shenandoah Valley musician now sculpts her sonic style and, what kind of emotional demeanor she’s currently carrying. The arrangement starts sparse and is indeed fueled by the mandolin and bouzouki. Miller and her instruments push the song ahead for nearly a full minute before very subtle strings, a dampened kick beat, and other backing instrumentation slowly ease themselves behind Miller’s loud and clear vocal.

This unhurried accumulation gives the song the feel of a slow burn, which flares up as the full band plays right before the bridge, only to shrink back just as fast to a stark but beautifully executed multi-part harmonized acapella of the final verse. The design of the song and the performance together, echo Miller’s sentiment of returning to a simpler style of folk songwriting and hint at some of the fragility in that decision with a very exposed selection like “Wayfaring Stranger.” Nevertheless, the very clean, crisp, and dynamically bold way the song is produced and delivered, also reflects that Miller hasn’t forgotten about the time or work she’s already put in and how, even with some nerves abound, there’s plenty to sing about with confidence as she moves into the next chapter of her journey. 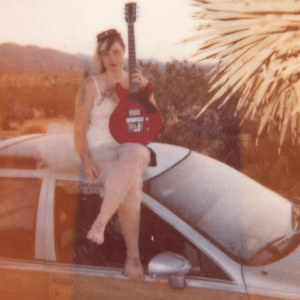 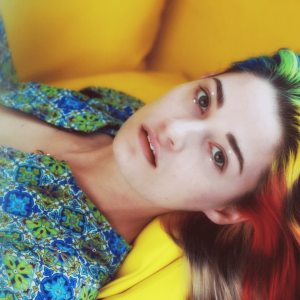