Though you no doubt know what happened to the Beatles and the Rolling Stones over the past 40 years, we thought you might like to an update on some of the other British Invasion faves. For those of you who weren’t round in ’64, we’ve included some background n the following important acts welcomed to America during that exciting time.

Herman’s Hermits got together in April 1964 in Manchester, England, becoming pop stars so quickly that lead singer and child actor Peter Noone was only 15 when they had their first hit. Among their most popular records were “Mrs. Brown, You’ve Got a Lovely Daughter” (Trevor Peacock), “I’m Henry VIII, I am” (Murray/Weston), “I’m Into Something Good” (Gerry Goffin/Carole King) and “Silhouttes” (Frank C. Slay Jr. and Bob Crewe). The original group wa composed of Peter Noone, Barry Whitwam, Derek Leckenby, Karl Greene and Keith Hopwood. Noone left the group in 1971 for a solo career in music (12 solo hits in Britain) and acting (host of a French TV show star in Broadway’s Pirates of Penzance and roles in various American television shows). He now is performing with the group Herman’s Hermits Starring Peter Noone. The remainder of the group continued performing together as Herman’s Hermits, still doing about 200 gigs a year. That group is headed now by original band member Barry Whitwam. Derek Leckenby died of cancer in June 1994.

The duo of Peter Asher and Gordon Waller was often referred to as Britain’s Everly Brothers, due to their gorgeous harmonies. Peter and Gordon had the first non-Beatles number one single of the British Invasion, “A World Without Love” (Paul McCartney) in the spring of 1964. A few of the rhits were “I Go To Pieces” (Del Shannon), “To Know You is to Love You” (Phil Spector), “Woman” (by close friend Paul McCartney under the alias of Bernard Webb), “True Love Ways (Buddy Holly and Norman Petty) and “I Don’t Want to See You Again” (John Lennon-Paul McCartney). Peter and Gordon also wrote, though mainly b-sides. They split after four years. Peter became a multiple Grammy award winning producer (Linda Ronstadt, Neil Diamond) and is the co-manager of Macy Gray. Gordon has had a solo career as a singer, songwriter and actor. He recently completed the soundtrack to the film James Dean-Race with Destiny.

Gerry and the Pacemakers

Gerry Marsden, who wrote his autobiography I’ll Never Walk Alone, is still touring. Among the Liverpool group’s best loved recordings were “Ferry Cross the Mersey” (Marsden) and “Don’t Let the Sun Catch You Crying” (Marsden – Marsden – Chadwick – Maguire). The second group to be managed by Brian Epstein, Gerry and the Pacemakers were very successful until their 1967 breakup.

The Dave Clark Five had eight Top-10 hits and 15 and 15 albums in just three years, racking up more appearances than any other group on The Ed Sullivan Show. Most of their songs were written by the band, primarily by Dave Clark and Mike Smith. Hits included “Catch Us if You Can” (also the title of their movie), “Glad All Over,” “Having A Wild Weekend,” “Because,” “Can’t You See That She’s Mine” and “Bits and Pieces.” The group (Dave, Mike, Lenny Davidson, Denis Payton and Rick Huxley) split in 1971. Dave went on to success as a television director and producer, also writing a hit musical for the London stage in 1986. Mike, who toured into 2003 with Mike Smith’s Rock Engine, has been hospitalized in London in serious condition since a September 2003 fall, which left him paralyzed from the waist down, with no movement of his right arm and with breathing assistance from a ventilator. According to his website, he is able to communicate by mouthing words and is in good spirits. A benefit for mike is being planned in New York by musician friends “Little” Steven Van Zandt of the E Street Band and Paul Shaffer of Late Night with David Letterman.

Petula Clark Began her career as a child star in concerts and radio in World War II England, then hosted several early television series in Britain. She was a more than welcome “invader” to the U.S., having 15 hits in the Top Ten. Three were Tony Hatch compositions, “Downtown,” “I Know a Place” and “A Sign of the Times.” Hatch co-wrote another of her hits, “Don’t Sleep in the Subway,” with Jackie Trent. Clark has continued to tour internationall and to record, has appeared in more than 30 movies (including Finian’s Rainbow and Goodbye, Mr. Chips and has become an extremely popular actress on the London Stage (Sunset Boulevard, The Sound of Music and Someone Like You) and on Broadway (Blood Brothers). She also has recorded in French, German and Italian, to the delight of her international audience.

Brothers Ray and Dave Davies, Peter Quaife and Mick Avory comprised this group, which had its biggest hits of this period with Ray Davies’ penned “You Really Got Me” and “All Day and All Of Night.” A disagreement with the American musicians’ union led to the group being banned from the USA until 1969 after its 1965 tour. The brothers later each wrote their own autobiographies: Ray’s X-Ray and Daves Kink. Ray and Dave continue to tour, though separately. In her New Year’s Day Honors, Queen Elizabeth II awarded Ray with the Commander of the British Empire (CBE) because of his tremendous continuing influence as a songwriter.

Billy J. Kramer and the Dakotas

Discovered and managed by the Beatles’ manager, Brian Epstein, Liverpudlian Billy J. Kramer teamed up with the successful British band The Dakotas (Mike Maxfield, Robin Macdonald, Tony Mansfield and Ray Jones, who was replaced by Mick Green when he left the band in 1964). Due to the Beatles connection, the band was offered several Lennon-McCartney songs, which they recorded with great results. These included “Bad to Me,” “I’ll Keep You Satisfied” and “From a Window.” The group’s biggest hit, though, was the Mort Schuman/John Jeslie McFarland-penned “Little Children.” Though they disbanded in 1967, Billy has never stopped performing, still touring extensively today.

The Searchers (John McNally, Mike Pender, Tony Jackson and Chris Curtis) had hits with “Needles and Pins” (Jack Nitzsche/Sonny Bono), “What Have They Done To The Rain” (Malvina Reynolds) and “Don’t Throw Your Love Away” (Jackson-Wisner). The group continues to tour.

Her hits included “I Only Want to Be With You.” “The Look of Love” (Burt Bacharach/Hal David) and “Son of a Preacher Man” (John Hurley and Ronnie Wilkins). She has been inducted in the Rock and Roll Hall of Fame. In the midst of a comeback, she died of cancer in March 1999. A movie about her life, to star Joely Fisher, is being planned. A double-CD of about 50 of her tracks was released in February 2004.

Chad Stuart and Jeremy Clyde were an extremely popular duo in the Sixties, even moving to America and starring in such American television series as The Dick Van Dyke Show, Batman, The Patty Duke Show and Laredo. Their folk-influenced hits included “Yesterday’s Gone” (Stuart/Wendy Kidd) and “A Summer’s Song” (Metcalfe/Noble/Stuart). Chad and Jeremy have reunited and are working on a new acoustic album. They began touring together again in Spring 2004.

Out of Brian Epstein’s stable of stars, Black’s hits included two Burt Bacharach tunes, “Alfie” and “Anyone Who Had A Heart” Her new autobiography What’s It All About? is a Top Five bestseller in Britain, where she hosted the popular TV show Blind Date for 18 years (quitting in January 2003). Her 15th album, Beginnings, was released on EMI.

Before she began writing herself (“Sister Morphine” with Jagger and Richards), she had hits with “This Little Bird” (John D. Loudermilk), “As Tears Go By” (Mick Jagger/Keith Richards) and “Come And Stay With Me” (Jackie DeShannon). Her Broken English album began her comeback in 1979, and she is still performing. Her autobiography, Faithful, is co-written with David Dalton.

Freddie and the Dreamers

Freddie and the Dreamers were known as much for “The Freddie” (Pomus-Appell) and its accompanying dance as for their other hits, such as “I’m Telling You Now” (Garrity/Murray). Basically retired, Freddie Garrity is writing a book. After the group no longer toured, Freddie acted on stage, screen and TV, starring on a popular British children’s show. Drummer Bernie Dwyer passed away from cancer on December 4, 2002. Peter Birrell is a taxi driver, Roy Crewson runs Churchill’s bar in Canary Islands and Derek Quinn is living a quiet life with his wife of many years. 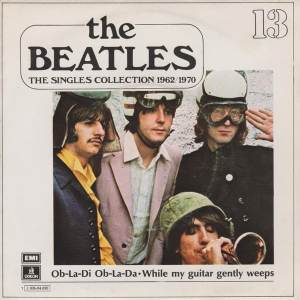