He shows no sign of resting on his considerable laurels. After years of being synonymous with Motown dynasty, he’s released an album on SBK Records, Double Good Everything, for which he wrote or co-wrote all but one song. He has also written 21 pieces of music for a new play titled “Hoops,” the story of Abe Sapperstein who created the Harlem Globetrotters.

Robinson admits his love for music permeated his childhood years. “I really stated trying to write songs when I was about five years old,” he relates in a phone interview from Los Angeles. “When I was a kid, most of the other kids saved their money to buy candy. Not me, they had song books back then for thirty-five cents with the lyrics to the most popular songs of the day. I’d take my money and buy those books instead of candy.

“In first grade, we had a class that was an auditorium class in which we wrote and performed plays and stuff. I was going to portray Uncle Remus in play. My teacher had written this little melody that she played on the piano and there were no words to it,” he continues. “I asked her if I could write the words. She said, ‘Are you kidding? Do you think you can write the words to it?’ And I said ‘yes’. So she let me write the words and I sang them in the program.

Robinson’s interest in music continued to grow and by the time he graduated from high school he was ready to pursue a career in the industry. It was then that he met Berry Gordy who was writing songs for one of Robinson’s idols, Jackie Wilson. “My group and I went to audition for Jackie’s manager,” Smokey recalls. “Berry happened to be there with some new songs he had written for Jackie. We sang some songs we had written at the audition. Afterward Berry stopped me and asked where I got those songs. We became real good friends and about a year or so later he started Motown.”

Their friendship fueled one of the most successful companies in the music industry. Their combined genius laid the foundation for a dynasty that spawned some of the most enduring tunes in popular music. “He signed me to Jobete Publishing and I was with Jobete until I formed my own publishing company in 1973,” Robinson says.

Smokey and his group, The Miracles, provided Motown with their first million-seller when they cut the tune “Shop Around.” Smokey went on to become one of the most influential writer/artist/producers of Motown’s hit-making heyday. He penned such classics as the Temptations, “My Girl,” “Get Ready” and “The Way You Do the Things You Do,” Mary Wells’ “You Beat Me to the Punch,” “My Guy,” and “Two Lovers,” Marvin Gaye’s’ “Ain’t That Peculiar” and “I’ll Be Doggone,” and the Marvelettes’ “Don’t Mess With Bill.”

“I was always involved in the whole thing,” Robinson recalls, “writing songs and producing people like Mary Wells, the Temptations, Marvin Gaye, and the Marvelettes. The atmosphere was very, very go forth and do your own thing. I had a little more leeway than the other people did because I was there when it started. It wasn’t that structured or uniform for me. I basically did what I wanted to do. Everybody was enthusiastic. It was wonderful time period.”

After Motown sold, Robinson says it was “never quite the same.” Feeling he was ready for a change, he left Motown and began working on new material. He initially considered doing a country album featuring duets with some of his favorite artist, including Linda Ronstadt. However, when SBK heard the new pop songs he’d written, Double Good Everything became his SBK debut.

When asked about his approach to songwriting, Smokey says he doesn’t keep a specific schedule, preferring to write when the inspiration hits. “It just happens,” he says of his writing. “I look at it as a gift from God.”

One thing he does believe in is rewriting to strengthen as already good song. “I belabor my songs. I don’t even stop writing them until the last minute,” he says. “A lot of times I’ll go into the studio with a song and I’ll be recording it and say ‘wait I think this is better right here’ and I’ll change it then and there.”

How does he know when a song is finally finished? “I just go by what I feel and hope that I’m right,” he says with a laugh.

Though he’s written numerous hits for himself and others, Robinson has also cut songs by other writers. When asked what he looked for in an outside tune, he responded, “A song -what I mean by that is that a lot of people make records and there are a lot of records that sell and those songs are never rerecorded. To me, a song is a song that lives on and on and on and on even after the write is gone, and that’s what I look for.”

As for the songs he’s had recorded by other artists, he says he has no regrets about having let some of his best tunes become hits for others. “One of the greatest thrills of my life is to have a hit record on somebody else,” he says. “And all those songs you’ve heard by other artists, I tailor-made those songs for those people. When I wrote those songs, I wrote them with those particular people in mind.”

Robinson says he enjoys co-writing and cites guitarist Marv Tarplin as a frequent collaborator who he has worked with since the Motown days with the Miracles. He and Tarplin co-wrote “Crusin’,” “The Tracks of My Tears,” and “Ain’t That Peculiar” among others. “Some of the biggest songs I’ve ever had, he’s written the music for,” Smokey comments. “I co-write with a lot of people, but then I also write a great deal alone.”

Having written radio-ready tunes for many years, Robinson admits penning the tunes for Hoops was a different experience. “I’m very excited about Hoops,” Smokey says of the play which is currently being cast. “I knew what the subject matter was and I just wrote songs about that…I think it’s easier to do that because you have a direction than it is to just write a song you come up with. It is a little different because you do have a direction and definite idea that you’re trying to get across.”

When asked the most valuable lesson he’s learned from his years in the business, Robinson says, “When I write a song. I want to write a song. You have to take your time and write a song because there are no new words, no new notes, and no new chords. The same notes and chords and basically the same words, except for a few slang words, have been used since the days of Beethoven and Bach. So I just try to say it in a different way and make the best of what I have to work with. But I do try to make my songs be songs so that people will record them for ever and ever if possible.

“What makes a song is a timeless thing. That’s why I very seldom write songs about dances, cars, or political stuff because all that stuff is passé. What’s here today, politically or with cars or dances may be gone tomorrow. I basically write about love and live things because they are always current.”

Though he performs and produces, Smokey Robinson is quick to point out that songwriting had always been an integral part of his overall success in the music industry. The craft is near and dear to his heart, and is an ongoing part of his personal and professional existence. “It’s always been a part of my life from the very onset,” he says. “I feel very blessed to have lived my life doing the things I love.” 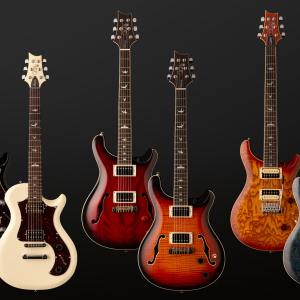