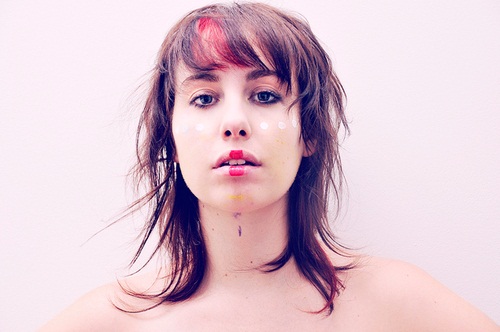 Cajun-born songstress Lelia Broussard wants to see her face on the cover of the Rolling Stone. And it very well might happen, as Broussard is now one of two finalists in the Choose The Cover of Rolling Stone contest. (Click here to cast your vote for Lelia.) We chatted with the occasional American Songwriter correspondent at Bonnaroo, where she talked about her electrifying set and the whole contest experience.

Click here to watch the video of the interview. 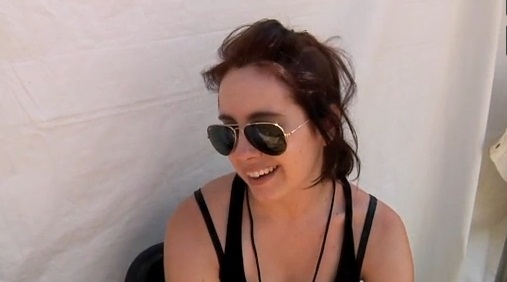 How has your Bonnaroo experience been so far?

It’s been really fun. I’ve had a total blast here. I’ve never been to Bonnaroo, but the band and I have had a really great time, seeing shows and our show was amazing and really, really fun yesterday. Then we got to finally relax and breathe for the first time. I saw Eminem. It was great.

What were your expectations coming into Bonnaroo?

I don’t think I had any expectations. I didn’t know what the crowd was going to be like, and if it was going to be half-full … When we got there it was incredible. The crowd had so much amazing energy and we were so excited. It was a humbling and amazing thing.

And you had an army of your followers sporting warpaint at the show?

Yeah, that was incredible. Someone had just asked me if anyone had ever done that before. I said, ‘No,’ and then I get out there and they’re in the front row — all these girls that had painted their face just like me. They were so cute.

That’s sort of your trademark, your warpaint. Where did that come from?

My record is called Masquerade, so it’s a visual part of what the record is. It’s a lot of fun. I like the glam-ness of it. I’m a big David Bowie fan, and I like getting into character on the glam-rock side of things.

How long has the process been for the cover contest, and what’s your favorite moment so far?

We’ve been doing it since January or February. It’s been a long road. Definitely the highlight was the show yesterday. Being here at Bonnaroo has been so fun and so incredible.

And getting interviewed by American Songwriter.

Also that. It’s always a thrill.