“Rihanna is a bad bitch,” says Lera Lynn, the morning before she is set to fly to Russia for a couple of sold-out shows in -16 degree weather. She means “bad” in the Michael Jackson kind of way: like baaaaad with a few of extra “a’s” for emphasis. “I kind of secretly want to live vicariously through her. ‘Bitch Better Have My Money?’ I would totally sing that. She’s unapologetic, no?”

RiRi might not seem like the most obvious influence for Lynn, who made her debut in 2011 with the pedal steel-twanged Have You Met Lera Lynn, which also introduced us to her spectacularly moody voice that had her instantly compared to the likes of Chris Isaak. Or for the character she embodied on HBO’s True Detective – the mysterious bar singer with yellow teeth and track marks whose songs that Lynn co-wrote with T. Bone Burnett and Rosanne Cash became the only standouts from a universally panned season.

But the synchronicity’s in the message, not the music. As Rihanna once famously tweeted to MTV, she “ran out of fucks to give.” Lynn’s not quite so heavy on the profanity, but she, too, doesn’t care much about making an album that flows gently along with expectations or fits neatly into genre categories. And with Resistor, her third LP that can be somewhat summed up by its first song, “Shape Shifter” and its ode to reinvention both sonically and thematically, she’s proving that she, too, gives very few fucks.

“We felt that title, Resistor, would represent this record well because it does kind of resist popularity,” Lynn says, calling from home in Nashville while she packs for the trip abroad, including four coats that she jokes she’ll plan to wear all at once. “We’d drive down Music Row often and see those huge banners for Doug so-and-so, saying, ‘Congrats on twenty million copies of ‘I’m Taller Than You’ or whatever,’” she adds, laughing – there’s no song on country radio called “I’m Taller Than You,” but it’s funny simply because there very easily could be.

The studio where she and integral partner and producer Joshua Grange made the album is also called Resistor – Grange owns it – and it became a haven where they could retreat, make music, sip dark beers and snack on cheese away from the constraints of multiple Nashville institutions just down the road. It’s a world Lynn probably could easily have fallen into if she wanted, particularly in the wake of insta-fame that came along with True Detective and fans like Sheryl Crow, whom she has toured with, to people in as far off places as Moscow and St. Petersburg. Her voice and her face are both otherworldly beautiful, her tone and touch often more subtly sensual than Rihanna’s midriff. But, like a pivotal line in “Shape Shifter,” she’s always been a resistor of the easy road.

With Have You Met Lera Lynn, the Texas-born, Georgia-raised singer was easily and quickly embraced by the Americana community – with country foundations fed by hints of Patsy Cline but a fearless approach to composition, she pushed the boundary of what could be classified as “roots.” The Avenues, her follow-up, went a step further, blending her penchant for music than can be at once ethereal and delicately menacing with stories full of mystery and hints at a loaded past. It was a style that worked well for True Detective, too – the depressive waltz of “My Least Favorite Life” is the stuff David Lynchian dreams are made of – but didn’t direct Resistor, either.

“[Have You Met Lera Lynn] is a good representation of where I was at the time, but I think I have changed significantly though experience and getting older and growing into oneself,” Lynn says. “Sometimes people ask me, ‘I don’t have any of your records. Which one should I start with?’ I never know how to answer that. If I start with the newest material will they be let down when they go back to the old material? Or vice versa. I don’t know.” 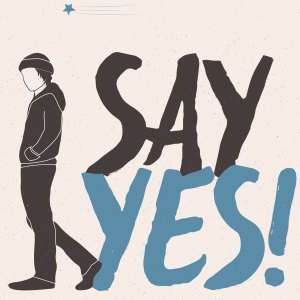 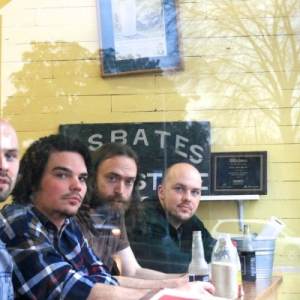