In the 1960s, an activist folk singer-songwriter named Phil Ochs wrote, “one good song with a message can bring a point more deeply to more people than a thousand rallies,” and that pithy statement casts a light onto the power behind the new single “Tin Man” from folk artist Letitia VanSant.

VanSant is a relatively new voice in the folk scene but has already begun garnering wide acclaim, including a win in 2017 in the Kerryville New Folk Songwriting Competition. Her lyrics weave the personal and political into highly relatable songs that seem designed to strike an emotional chord while tapping into the zeitgeist. “Tin Man” explores the notion of toxic masculinity, a concept that has taken on larger meaning but was originally intended to combat the erroneous notion that masculinity requires men and boys to distance themselves from displays of emotion.

The raw lyrics explore the impact of the titular man’s emotional distance on his partner, “There’s an emptiness inside you/ You don’t even know it’s there/ It was left off the blueprints/ Like the crawlspace under the stairs/ Well, everybody says that/ You’re just the strong and silent type/ But no one seems to understand/ That your pain becomes mine.”

VanSant told American Songwriter about what inspired her to write the song, but also why she felt the message was so important to express. “This song is about how our culture’s notions of masculinity have left many men emotionally isolated, particularly as they age. I wrote it after listening to the podcast “The Lonely American Man” by NPR’s The Hidden Brain. It rang so true for a number of people I’ve known and loved. I had to pull over my car because I was crying so hard.”

“After I wrote the song I started thinking about how they called the veterans who came home from World War I the “lost generation” because they were so traumatized that they were unable to connect with other people. Men sometimes don’t have the cultural space to express and heal from their trauma because they feel like they need to be strong all the time. It ends up playing out in various ways in all of their relationships and families, and it affects all of us.”

Given that the issue presented in the song surrounds men feeling unable to express their emotions, it seems appropriate that an artist like VanSant should attempt to tackle the issue head-on. And she does so from a place of compassion, rather than condemnation. It’s clear that her desire is to let people know that it’s okay to open up.

The new video for the single is a live, full band performance, and VanSant’s voice is characterized by an earnest and gentle timbre that almost pleads with the listener to forge a connection. And with modern audiences responding positively in recent years to more socially aware and emotionally honest music that challenges the establishment, Letitia VanSant finds herself in good company with artists like Margo Price who have the courage to speak up about gender issues in an industry often lambasted for its focus on male voices.

“The video was recorded by Beehive Productions at 2640, an old church sanctuary in Baltimore that is now run by a radical collective. Coincidentally, my grandfather was a minister at that church years ago so it’s a special place for me.  It features a dream band of my close friends: EJ Shaul-Thompson on drums, Alex Lacquement on upright bass, and David McKindley-Ward on electric guitar.” 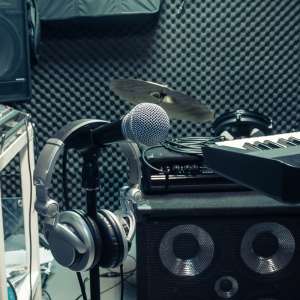 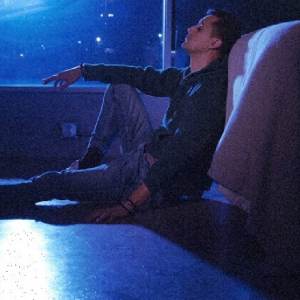