Hallelujah! At long last, Music Row has kicked its nearly fatal addiction to sophomoric, testosterone-fueled party-rock. And — holy smokes! — 2016’s CMA Awards almost got it right. In a year that featured a number of well-crafted, emotionally evocative country songs, Lori McKenna’s “Humble And Kind” makes a worthy, although safe, Song of the Year. Thomas Rhett’s heartfelt, but predictable “Die A Happy Man,” however, overachieved. My Record of the Year, hands down, was Eric Church’s “Record Year.” Justice did prevail when Church deservedly collected the Best Album prize. Alas, Mr. Misunderstood isn’t misunderstood after all.

A decade into his recording career, in an industry all too often enamored with lowbrow, cookie-cutter pap, Eric Church continues to push himself to higher levels of excellence.

From the get-go, the North Carolinian showed authentic country pedigree and a laser-focused, uncompromising point of view. His debut Sinners Like Me collection (2006) certified Gold without issuing a top-10 single. The newcomer’s vocal snarl, melodic instinct and stark lyrical imagery evoked natural comparisons to youthful Steve Earle. Even when Church stooped to bro-country clichés about boots, blue jeans, and brew, his rural rapscallion wasn’t a clod-hopping braggart; he was actually marveling that the girl loved his neck in spite of its redness. Remarkably, in the album’s only solo-penned song, Church voiced a death-row inmate waiting to “ride the lightning” to his just deserts. No doubt, the new kid on the Row was swinging a sturdy pair of brass ones. But even Church’s collaborations with Nashville’s hottest by-appointment formulists invariably sounded like they took root in the artist’s soul.

Ironically, a love ballad from Church’s hard-rocking sophomore effort (Carolina, 2009) provided the ticket for his first top-10 trip. The singer declares his affection for chewing tobacco, NASCAR, cold beer, and his dog, but ultimately confesses that, gee, golly, gosh, his lady’s love is his first, best love. But it was the album’s third single that first hinted at Church’s exceptional artistic promise. On the smart, jocular, Roger Miller-esque “Smoke A Little Smoke,” the performer and his producer (the visionary Jay Joyce) began sketching the unique sonic landscape the artist would henceforth explore as his own man.

Church and Joyce make no pretense of genre purity with the title track and first single from The Outsiders, a production that bludgeons eardrums in an errant attempt to out-Aldean Jason. Thankfully, they return to earth with “Give Me Back My Hometown” and “Talladega,” only to top the package off with a refreshing palate cleanser. “Like a Wrecking Ball” stealthily sneaks up on the listener with its Eddie Rabbitt tape-delayed vocal and stripped-down arrangement, tastefully substituting Hammond B3 in place of the expected dobro solo.

Mainstream country albums commonly comprise a haphazardly assembled assortment of single contenders, with no thought to a connecting theme. That has never been Church’s modus operandi. Great albums capture an un-doctored snapshot of the artist at a certain stage of life. In Mr. Misunderstood, Church pulls back the Wizard-of-Oz curtain to reveal his more mature self, approaching 40, as an introspective, unpretentious, and admittedly flawed man. Even with all that talent, he’s human. Awareness of his humanity is precisely what makes Eric Church the real deal.

“I’ve burned up the fast lane, dodging drugs and divorce,” he confides in “Holdin’ My Own,” then concludes, “If I’m proof of anything, God sure loves troubadours.” A powerful confession in and of itself. But, as a language junkie, I can’t help but crave the rhyme!

In the folk-rocky title track, Church gives another wink/nod to Steve Earle, while his stream-of-conscious-style lyrics make reference to Ray Wiley Hubbard, Jeff Tweedy, and Jackson Pollock. Producer Joyce untethers the band from the click track, letting the players race the tempo, decelerate again, then jam out blissfully into garage-band dissonance. This three-chord, five-minute-plus single blows a sloppy raspberry at every one of corporate country radio’s castrating commandments.

With “Record Year,” Church and co-writer Hyde exhume classic country song craft, peppering their ingenious, double-entendre premise with canny word play, while somehow never losing the composition’s guy-mourns-losing-girl emotional core. Joyce bathes the track in a perfect blend of contemporary and traditional instrumentation. In fact, unlike previous offerings, there is not a single production misstep in this set. The honors garnered by Mr. Misunderstood are as much due to the subtle restraint of the man behind the glass as they are acknowledgments of the artist and his material.

It takes guts for a man to stand up in front of God and his mama to confess his sins. In these jaded times, however, it might even be more courageous for an artist to challenge negativity and cynicism in broad daylight. Once it’s out there, “Kill A Word” reminds us, cruel, destructive, discouraging language can’t be un-said or un-heard. And that could possibly be the most important message Eric Church — the finest country singer-songwriter on the scene today — will ever convey. 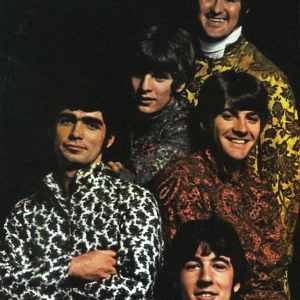 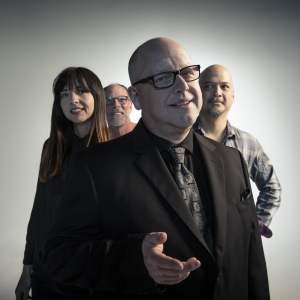