Band rehearsal spots in Atlanta were hard to come by a few years back when the city was experiencing an uptick in gentrification from real-estate developers coming in to build hi-rises and hotels. And it left many bands without a space to jam or practice, including metal aficionados, Mastodon.

Seeing the hard hit first-hand, Mastodon went all in together to buy a large-size office building in the west area of the city that they would re-model into rehearsal spaces, effectively re-homing several bands.  After reconstructing nearly 25 rooms into separate practice spaces, including a basement studio, Mastodon had to check out their new studio’s chops and wrote and recorded a new song, “Fallen Torches,” just to test it out-which had no proper release until now, propelling their first compilation album, Medium Rarities.  Out September 11 on Reprise Records, the album is a brimful tracklist of covers, like Metallica’s “Orion”, Mastodon instrumentals, new songs like “Fallen Torches” and live cuts.

“The album is this shrapnel of what we have out, like 7-inches and stuff from record store day exclusives, just limited stuff and we wanted to have them all in one place,” drummer Brann Dailor told American Songwriter. “And it spanned 20 years of the band.  We’re not very active in covers but we had a small compilation over the 20 years, and we also didn’t know what to do with ‘Fallen Torches.’”

After recording a demo version of “Fallen Torches” Mastodon recruited longtime tour buddy Scott Kelly of California experimental metal band, Neurosis for guest vocals. The single turned out so great with Kelly that they decided to promote it as a single on tour ahead of their next record. But amid industry chaos, two weeks into their recent European tour, Mastodon realized the song had never actually been released.

“We don’t know what really happened to this day,” Dailor laughed. “So, we were sitting on that song and we wanted to try to at least do a release. So, it was cool to include it on this album.”

Another mishap occurred with Mastodon’s cover of Metallica’s “Orion.” The cover was initially recorded in 2006 during their Blood Mountain sessions. And per ritual Mastodon records a cover at the start of any new recording cycle to experiment and play around with their studio setup, and that day the song was “Orion.” The cover’s original debut premiered via a Kerrang magazine piece that included a compilation of Metallica covers by different metal and rock bands for the twentieth anniversary of Master of Puppets, but the mixed version was not included before including it on the compilation, so the song played at a significantly lower volume than the other songs, though Dailor didn’t seem to be that upset and chuckled at it.

“We were kind of thinking this is our opportunity to actually master that song and make sure it sounds awesome,” Dailor said about including “Orion” on the album. “It’s also one of the most beautiful Metallica songs ever and we didn’t have to sing on it.”

With the instrumentals, “Asleep in the Deep”, “Jaguar God”, “Halloween” and “Toe to Toes” the band cut all the vocals out before adding any other elements over top, to reveal the subtleties that are often present in their music as an instrumentally-focused band, that are often overpowered by vocals.

“We layer so much in our music in the studio, and a lot of that gets lost with the vocals because they become the star of the show,” Dailor said. “We’re kind of a music first band, and that’s interesting to hear, though you may not notice a lot of it with the vocals there.”

Mastodon’s reputation for being a band that leads with experimental and avid instrumentals, caught the attention of Butthole Surfers vocalist Gibby Haynes, while on tour together in the UK. Haynes and Mastodon would eventually come together to record a collaboration titled a “Atlanta” that would appear on Medium Rarities, but not before establishing a friendship after Haynes was caught flipping off Dailor from side-stage at a UK show.

“I remember we were playing and I turned around to get a water from my tech and Gibby was sitting in his spot, flipping me off and I thought ‘what the fuck.’” Dailor recalled. “Of course, he and Brent hit it off and over the next few years he brought up wanting to do something with us. We recorded ‘Atlanta’ during the Once More ‘Round The Sun sessions, sent it to Gibby and he did his thing. It was a cool collab I never thought we would’ve done.”

As the collaborations and music evolve, shift and transform over the years, Mastodon’s focus does not, though they do tend to take it in two-year doses since their formation, 20 years ago.

“I knew I’d always be playing music,” Dailor said. “I think of Mastodon in two-year increments, because that’s our usual album cycle. But I never thought it’d come to an end, we just keep on chugging.”

“I was always more impressed with bands that had been doing it for 20 years when I was still young,” he added. “I think about bands like Black Sabbath and what I thought about them in 1989, when they had been around for 20 years — I thought they were awesome but I also thought they were old like a relic- I’m proud that Mastodon is the same four guys and I’m happy that we have stuck it out, it’s been a blast and we’re going to keep on.”

Mastodon’s plan to keep pushing on includes getting back into the studio and working on demos for over thirty new songs they have in the pool. They were also approached by filmmakers of Bill and Ted Face the Music, to write and track the theme song titled, “Rufus Lives.” The song was written after Dailor had one two-many cups of coffee, and it ended up being the perfect representation of Mastodon gone “party-rock and roll”, as Dailor described it, saying “I’d crack a cold one if that song came on at a party.”  As for the thirty other originals, Mastodon will demo enough music for three more records, but when they will be released is up in the air.

“I feel like the whole industry is kind of waiting by the phone for results,” Dailor said. “There’s lots of questions and when we reopen for concerts there’s going to be 10k bands that want to tour the same month. So, do you put a record out because people need it right now and tour later? We just don’t know. It’s the most bizarre time that we’ve experienced, I feel like our industry is going to be the last to come back and like sports, we’re going to have to figure out a way around it. But there’s just no substitute, nothing comes close to actually being there at a concert. I just wish we could go back.”

Catch Medium Rarities tomorrow everywhere and have a listen to “Fallen Torches” off the compilation here.  And don’t forget to crack a frosty one while listening to some party rock and roll, if you check out Bill and Ted’s new adventure, Bill and Ted Face the Music. 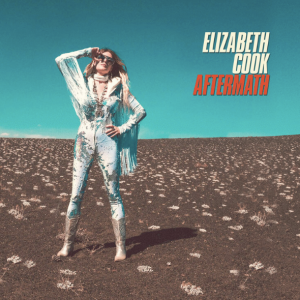 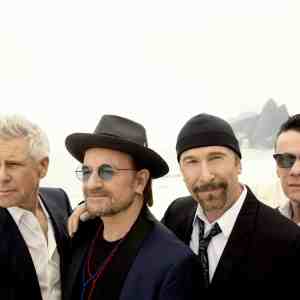