A powerful, borderline aggressive, yet empowering phrase and something that took songwriter Matthew McNeal years to realize and accept is now a mantra he lives by.  His newest release “Be Yourself,” is an intimate song rooted in his darkest of times, experiencing grief and cutting loss.

“The song ‘Be Yourself’ is about coming to the realization that the best way to understand life and its ever-changing situations is to take the time to learn who you are as a person and what you stand for,” said McNeal.  “I threw away notions of trying to be a certain way to appease people. It allowed me to find my own sound over the years, and to open my eyes, heart, and mind to realize that I am who I am.”

“Be Yourself” comes from upcoming album Good Grief, which is set for an April 3 release, a record tethered to grueling life events that occurred during the release of his prior record Good Luck.  Looking back McNeal could never foresee how the album titles would draft a paralleling theme.

“The songs on Good Grief helped me get through some difficult times over the past couple of years” explained McNeal.  “Losing my dad, a house fire, a car wreck, identity theft and all of the roadblocks that have popped up have also allowed for seasons of growth, reflection, and understanding.”

“I wanted this album to have a vibe that sounded intentional, but still free,” he added.  “There’s an almost spiritual feel when you share personal stories as songs. You can hear the songs on Good Grief in a lot of different ways, as country songs, folk songs, rock songs, soul songs.  It all really depends on the listener.”

“Be Yourself” aligns with McNeal’s intention to write a more collective song, that can be tailored by each listener.  Supporting the pop-stamped vocals and honest lyrics are eloquently utilized twangy guitar tones reminiscent of Led Zeppelin’s “Tangerine”, anchoring the theme and steering the listener through the track.  The song starts off with brilliant shakers and later incorporates bright tambourine sounds, offering a folk vibe. At three minutes the song has a brief shift to an almost lightweight psychedelic pop feel with varying guitar effects, wrapping up a genuinely great tune.

“I believe that any song that effectively transports you somewhere into the songwriter’s world or allows you to learn more about yourself and your own world, shares a common thread, regardless of genre” said McNeal.  “So that’s what we aimed for, blending all of the things we love, doing it in our own way, always intentional but always free.” 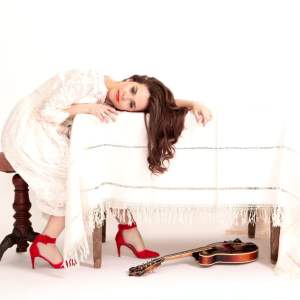 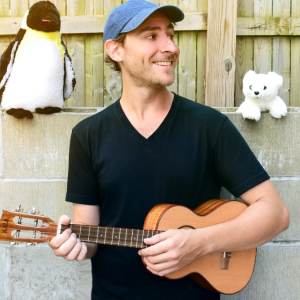