This pensive query, posed in the opening track to Sierra Hull’s new album 25 Trips, serves as an elegant summation of the music on the proficient mandolinist’s latest LP. Those familiar with Hull’s bluegrass history might initially hear the never-before-included elements on this record – namely drums, electric guitar, and electric mandolin – as mildly out-of-place. However, as sonic symbols for the flow of time, personal growth, and a sense of openness fostered from the former, these new instrumental additions merely provide a welcoming opportunity to witness the continuing transformation of Hull’s perspective as a person and musician when reflecting on her past, present, and future.

“When I started digging through songs for the record, they seemed to tell a story in a way, that led to being able to put this particular group of songs together – both in terms of, yes, musical approach but also whether it be the story of being kind of open minded as a musician and being able to take multiple approaches to recording something,” says Hull.

Indeed, beyond new instruments, 25 Trips plays with the potential born from writing and recording outside the impromptu, full studio approach common to bluegrass and folk. “Escape” is just one of several songs best able to encapsulate Hull’s desired message, setting, and emotion via sound, when combining the limitless capability of overdubbing, with the artistry of her supporting players.

“I think having and choosing the right musicians who can play in that overdub situation has a lot to do with how the music turns out,” Hull says. “Then as people actually start to come in and play on these songs, they end up surprising you in the way something tends to go and that’s usually an exciting thing to have happen.”

Made gorgeously abstract thanks to gratuitous reverb and layered vocals from Hull and guest vocalist Angel Snow, the music almost becomes the unknown place to which Hull pleads to be whisked off to in the song’s chorus (Take me away / I want to escape / To a world, that’s not closin’ in).

Still, even with such departure from Hull’s folk foundations, 25 Trips retains plenty of enthusiasm for the classic bluegrass arrangement, and people, with which she is most familiar.

“We went in near the end of making the record, and actually cut songs like [“How Long,” “Poison,” and “The Last Minute,”] with a live band – with Stuart Duncan, Bryan Sutton, my husband Justin [Moses], and [Viktor] Krauss,” says Hull. “Those very much – for the first time in a long time – felt like going back to that comfort zone of recording with the instrumentation that I grew up with.”The latter instrumental track, which boasts a flurry of precise notes that play off one another like five distinct individuals executing a perfectly synchronized dance, is a consummate demonstration of Hull’s thriving skill as a composer and recapitulation of her collaborative history all in one.

“It’s literally called ‘The Last Minute’ because I wrote it the night before going in the studio with that particular band.” she says. “I just thought, ‘It’s been a long time since I’ve been in the studio recording my own music with this particular, very familiar, ensemble,’ so I thought, ‘It seems like such a shame to not have something to record with them – whether we put it on the record or not’.”

Yet, despite having enough established chemistry to set the room ablaze with technical skill, the song provides the liveliness of tight-knit bluegrass without intimidating. “I wanted the song to feel glorious and uplifting…without it being some complete like, shredder kind of tune,”Hull says.

And though closer, “Father Time,” came from an emotionally difficult situation, its diary-like lyrics; delicate part layering; and a jazz-esque nod to one precious Christmas carol, blends everything that resonated for Hull through the making of 25 Trips.

“’Father Time’ was inspired after spending a week with Justin and his grandma,” she says.  “[Justin’s] grandpa had a stroke and had to be in the hospital around Christmas time and so it was this really sad situation but, there was also beauty in getting to have this incredible week with my husband and his grandma and I think sometimes when you’re in a situation like that, that kind of really makes you open your eyes to something different.”

25 Trips shows that what music looks and sounds like for Sierra Hull from here on, is only limited by her own sense of adventure. Listeners new and old can take heart that no matter what, she certainly seems to be at peace with trusting herself to figure things out as they come.

“For me, I just don’t think that I’ve found a particular thing yet, that feels like the thing that I just do all the time. And perhaps I won’t ever feel that way. I’ve kind of come to accept that [as being] okay. There’s beauty in that too, of being able to be into a lot of different things and be inspired by a lot of different things and it kind of manifesting itself differently as the years go on and as I grow as a musician and grow as a human being.” 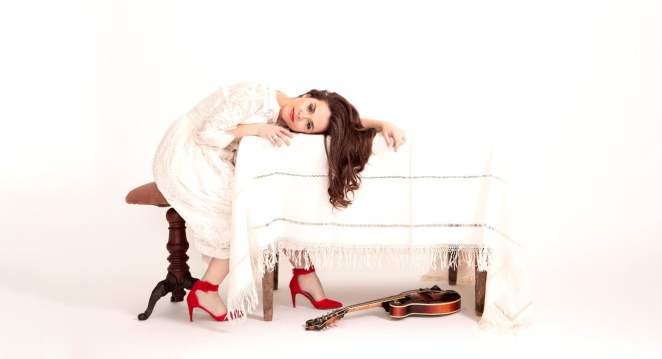 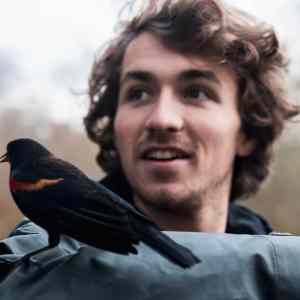 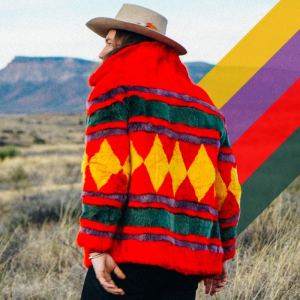