Backing The Beatles in the British Invasion of the ’60s and ’70s were The Kinks.

Adored for songs like “You Really Got Me,” “Sunny Afternoon,” and “All Day and All of the Night,” this boy band held tight to their English heritage in their music. This tradition mixed with experimentation made them all the more interesting in an era where the Americanization of sound was viewed as somewhat necessary for success in the States. The Kinks’ original and likely most famous line-up consisted of brothers Ray and Dave Davies, Pete Quaife, and Mick Avory. Together, these artists left a legacy that would inspire the likes of The Clash, Blondie, and even Van Halen.

And, if you’ve been paying attention, you might’ve noticed we’ve yet to mention one of The Kinks’ biggest hits—”Lola.” The song is widely regarded as one of the greatest folk/rock songs and is known for its surprising anecdote about a transwoman or drag queen. Read below for the story behind “Lola.”

The meaning behind the lyrics

Today, “Lola” is recognized as one of the first commercially successful LGBTQ+ songs. The song, released in 1970, recounts the story of a man enjoying a night out with a woman named Lola. As the song progresses, listeners learn that Lola is a man, too.

I met her in a club down in old Soho
Where you drink champagne and it tastes just like coca cola
…
Well, I’m not the world’s most masculine man
But I know what I am and I’m glad I’m a man
And so is Lola

There’s an overwhelming sense of acceptance and delight in how the evening turned out for the narrator. Despite the narrator’s initial confusion—Well, I’m not dumb but I can’t understand/ Why she walked like a woman but talked like a man—”Lola” is a song about embracing love in whatever shape or form it arrives in.

So, who exactly is Lola?

Kinks lead singer Ray Davies wrote the song, and there have been several speculations as to who inspired “Lola.” One of the more popular stories for Lola is that she was inspired by someone Kinks’ manager Robert Wace met on a wild night out. The story goes that Wace went out one night in Paris and believed he was dancing with a woman. This is until he realized that the woman had facial hair.

“One of our crew at the time met this beautiful blonde and he took her back to the hotel,” Davies explained many years later in an interview with The New York Times. “In the morning, he saw the stubble growing on her chin. So, he got a surprise!”

But, in line with the song’s overall tone, this realization did not lead to alarm. This event was merely another reason to celebrate life, love, and sexuality. Girls will be boys and boys will be girls, Davies sings.

“We used to dress up and have parties at home,” Davies continued. “Men dressed as women. My dad, who is the most macho man you could imagine, used to put on a wig occasionally and dance around and make a fool of himself, which I encouraged. It’s part of the musical hall culture we have over here. It’s more accepted in London.”

With this in mind, many have speculated as to whether Lola was a transwoman, a drag queen, or a feminine presenting man. Davies did reveal that he researched drag queens for the writing of “Lola.”

“When I write songs, I put myself in the part,” he said. “In ‘Sunny Afternoon’ I wanted to know who this broken-down aristocrat was, and I became him. In Lola’s journey, I did a bit of research with drag queens.” He concluded: “I admire anyone who can get up and be what they want to be.”

At the end of the day, though, it doesn’t really matter how Lola identified. Lola was just out to have a good time. And she did.

In addition to its progressive take on transgender topics, “Lola” came under fire for another reason: its original mention of “Coca Cola.” In 1970, BBC Radio banned “Lola” from the air because the lyric that included “Coca-Cola” went against BBC’s policy against product placement. Upon hearing the news, Davies changed the lyric to “cherry cola” for British radio. 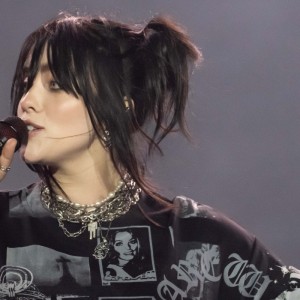 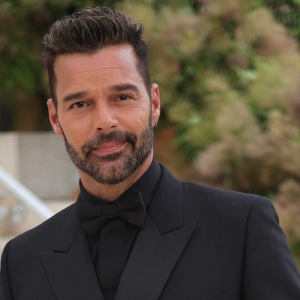