Defining Chicago hip-hop isn’t a straightforward task. Though hip-hop is a culture imprinted on Chicago’s identity — see Kanye West, Chance the Rapper, and Chief Keef — there doesn’t seem to be one inherent sonic thread tying together the various hip-hop artists who came up in the Chicago scene. But that doesn’t mean the scene can’t be united.

In the fall semester of 2017, the liberal arts school Columbia College Chicago launched a new program: A Hip-Hop Studies minor.

While many colleges offer classes in the history of hip-hop or even hip-hop dance, few offer full-blown programs touching on all aspects of hip-hop’s culture. Though Columbia’s Hip-Hop Studies minor is not the first of its kind (McNally Smith College of Music, Bowie State University, and University of Arizona all offer a Hip-Hop minor), it is the first of its kind in Chicago.

Such programs haven’t come without criticism, of course. Some have questioned the academic value of spending college tuition studying hip-hop, but these programs are more than just working on rhymes and flows. Having been underway for two semesters and officially in full-swing, Columbia’s Hip-Hop minor takes an interdisciplinary approach: The program offers a variety of courses in art, music, dance, business, and cultural studies. Because, to be fully immersed in hip-hop, one must understand hip-hop is more than just music. Columbia College Chicago professor (and hip-hop activist) Amina Norman-Hawkins explains, “[The minor is] meant to be to be reflective of hip-hop culture — there’s a visual component, a dance component, a music component.”

Another goal of the program is to challenge and change the myths and perceptions surrounding hip-hop. “A lot of people see hip-hop as a negative street art that young inner-city kids do to keep themselves busy — but it’s so much broader than that,” Norman-Hawkins says. “People only know hip-hop as what the media says it is and what the media narrative has been. A lot of people get their hip-hop from social media, so hip-hop has been diluted so much from what the original intention was.”

Arriving in Chicago by way of Nigeria, Norman-Hawkins was first introduced to Chicago’s hip-hop scene in the late 1980s. While she had always been a poet, she hadn’t always been an emcee. But when a college classmate invited her into a rap group, she knew hip-hop was something more than a musical genre. “I saw hip-hop as a platform to bring people together,” Norman-Hawkins says.

And so it was. Norman-Hawkins cofounded the Chicago Hip-Hop Initiative and, in 2003, the nonprofit drafted a resolution to officially deem July as Chicago Hip-Hop Heritage Month. Today, the month of July is filled with workshops, demonstrations and performances, which all aim to celebrate, educate and unite the hip-hop scene in Chicago. Hip-Hop Heritage Month was “born out of a necessity to celebrate our own homegrown hip-hop,” Norman-Hawkins says. “We were getting our hip-hop history from other people … Now we’re writing the history.”

Norman-Hawkins takes her experience into the classroom with her. Within the minor, Norman-Hawkins teaches “Hip-Hop: A Sonic History” and the “Hip-Hop Symposium.” Taking a glimpse into “Hip-Hop: A Sonic History,” students trace the origins of hip-hop from black traditional roots music to the South Bronx in 1973 and beyond. The course explores the effects of technology and politics in hip-hop and the roles women have played. Norman-Hawkins says, “[It’s] important to understand the culture: Without an understanding of the culture, it’s hard to understand hip-hop.”

Dewon Evans, a Music Business major at Columbia and hip-hop artist himself, has acted as a student consultant to help see the Hip-Hop minor into fruition. Evans, who has taken independent courses within the program, believes that beyond challenging media myths, the program also challenges appropriation. “[It] really teaches you the difference between people who really love and respect this culture and people who are just trying to make a quick buck off of it.”

Columbia College is rooted in the history of Chicago’s hip-hop scene. Located in downtown Chicago’s South Loop and literally steps from Record Row, the college has, from the 1990s, opened its doors to students and community members alike to perform, learn, and connect — essentially laying the foundations for future careers.

“We don’t have a dominant sound here mainly because we don’t have any major label influence here — which I think creates an amazing melting pot of creatives that truly make art based on how they feel at the time,” Evans explains when asked what sets apart Chicago as one of America’s music cities.

Norman-Hawkins agrees. “It was not the birthplace of hip-hop, it was not where it was commercialized … We still have an underground scene that isn’t rooted in commercialism. It’s all about making art and sharing that with people. The lack of industry forced us to stay organic.”

Maybe we can’t tie up Chicago’s hip-hop in an all-encompassing, one-word bow. But what we can say is this: It’s an art that’s meant to be shared. 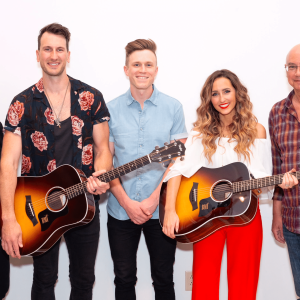 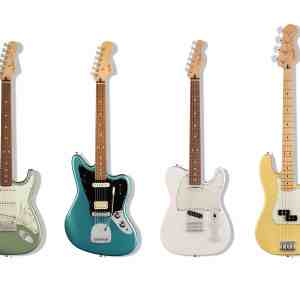