“The climate is that we can agree how divided we are, but we can’t agree on simple things,” Collin Krause tells American Songwriter in a recent interview about The Way Down Wanderers’ new album, More Like Tomorrow.

Released September 10 via Soundly Music, the roots band’s third record project builds upon their acclaimed 2019 LP Illusions by infusing pivotal life experience garnered in the years since into their evolving sound. Written by Krause with co-founding bandmate and brother-in-law, Austin Krauss-Thompson, the 10 track collection wields infectious soundscapes to deliver stories that listeners can find parts of themselves in. In doing so, The Way Down Wanderers aim to uncover the unexpected ties that bind us in even the most polarizing of times.

“So the idea we have is maybe if we can agree on something more simple, like a song, maybe some of the more complex issues we seem to be faced with will be easier to address. Or just less daunting. Because I think there is still common ground, and we need to highlight that now more than ever,” Collin continues.

With More Like Tomorrow, the five-piece band from Peoria, Illinois, prove themselves worthy of twisting the traditional into a more broadly appealing soundscape. Their latest effort is the product of five years of experimentation — employing their pop sensibilities to distill dynamic elements of roots-based rock, folk, bluegrass, jazz, and classical music traditions.

For Collin and Austin, the lead vocalists and primary songwriters of the group, their music always begins with the lyrics. Instrumentation is secondary to their creation process, crafted as a means of uplifting the songwriting.

“Codeine, Rest, & Loneliness” opens the album with a deceivingly mournful tune. Led by the band’s defining harmonic strength, and informed by their Bluegrass roots, the full-bodied instrumental showcase is a triumphant tribute to two friends of theirs who died too soon. Further down, “Hard Times” emphasizes the redemptive motif that pumps through this realized body of work. We don’t have to be happy / All the time / We don’t have to hide from / Hard Times, they sing in tight harmonies. The promising words speak to weary hearts, encouraging listeners to embrace what confronts them for the sake of the silver lining — the growth that awaits them on the other side.

Looking over their discography leading up to More Like Tomorrow, Collin and Austin feel proud of their growth as storytellers. “Both of us have become more open to the idea of being vulnerable and addressing some issues that might be really personal to us that we may have, in previous albums, put in a more of a metaphorical sense,” Collin shares. “I’m proud of feeling comfortable enough with our audience and community to be real and talk about some challenges I face. And hopefully, others can find solace or some can relate to those challenges as well.”

Echoing his bandmate’s sentiments, Austin adds, “and it gets more and more rewarding when you can do that with your material.”

To arrive here, the artists had to face hardships and new milestones that poised them to tell relatable stories. For Austin, this album is his first as a new father. His first child was born in 2019, and he and his wife welcomed their second just a few weeks before the release. Austin describes the new role as “an eye-opening experience.” He adds, “It can really alter your perspective on most things. So that’s really kind of sunken in not only to some of the writing on this record but all of my writing from here on out.”

Being so direct took time and confidence. But there were moments along the way that helped them realize the necessity of sharing their perspectives — no matter how painful it may be to re-live.

Collin recalls one of those pivotal moments at a show a few years back when he surpassed a significant mark on his journey to sobriety. “I mentioned on stage that I’d been working on this now for six months, and a woman came up to me after the show and I’ll always remember this story,” he shares. “She told me she had been sober for 40 years, and after 40 years she said she takes it one day at a time. That’s something I was so inspired by so early in the process, and I’ve taken that with me as part of my recovery, which is always ongoing.

Upon the release of this project, Collin is nearing three years of sobriety from alcohol. The song “Parkside Drive” is a candid walk through his recovery process. With poignant detail, the lyrics chronicle a painful reckoning for the sake of others headed in the same direction.

“I think being able to accept something about myself that has such negative connotations in society, in a way, was something that I had to learn to be really proud of an identity that is a little bit complicated,” Collin continues. “So learning to self-acceptance was just a huge thing for me with that identity and a part of the recovery process, certainly. And it has definitely informed my songwriting, helped me be more vulnerable on the album.”

More Like Tomorrow concludes with an attempt to re-frame. Though it evokes a lightheartedness, “Everything’s Made out of Sand” sees the band diving into the complexity of being human and the shared understanding of our own mortality. The stripped-back recording invites the listener into the studio, capturing a moment of unison, crowded around one mic in a special studio moment.

Listen to The Way Down Wanderers’ new LP More Like Tomorrow, here. 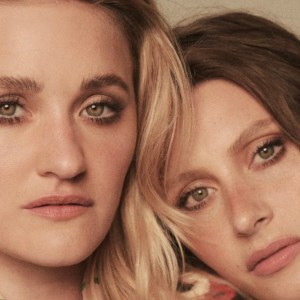 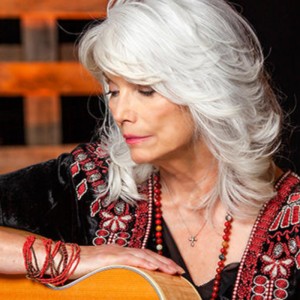