As the 1980s came to a close, some emerging new bands wanted to rock with perhaps a little more substance than the hair bands that preceded them. Extreme was one of those emerging bands, with a super-shredder guitar player who could also lay down the funk with the best R&B players. But nobody would have expected them to come up with one of the great acoustic love ballads ever, “More Than Words.”

“More Than Words” was written by Extreme vocalist Gary Cherone and legendary guitarist Nuno Bettencourt about a man’s need to hear more than just the words “I love you,” but to see that love in action. Bettencourt told Joe Bosso of the Music Aficionado website about how the song came to life, and how it proved the naysayers wrong when it climbed to the number one spot on the charts.

“I put it down on my little micro-cassette and sang along to it, and then I started singing the harmony part. Within an hour I had the whole song. I put it on a four-track and bounced it down really quickly, and then I went to Gary’s place. He was crashed out, so I slipped the cassette under his bedroom door and said, ‘Check this out.’ He listened to it and started working on lyrics. We wrapped it up right away.”

Almost as if they were crossing over from the ‘80s into another era completely, Cherone and Bettencourt managed to avoid the production clichés of their predecessors. Namely, they (and producer Michael Wagener) didn’t produce a rock ballad with an acoustic opening verse, followed by the full band crashing in for the second verse, and then ripping into a blazing guitar solo after the chorus. Instead, they kept it straight acoustic guitar and vocals.

“It’s such a simple song, really,” says Bettencourt. “It doesn’t have the standard verse-chorus-bridge arrangement. It doesn’t have that part in typical ballads where you go, ‘OK, everybody get ready for the big hook.’ It kind of meanders. But that’s the beauty of the song, I think. It flows along very naturally.”

“With ‘More Than Words,’ I was sitting on a porch on a summer day – I think it might have been close to sunset – and I was playing the guitar. Some songs you come up with chords first and others you come up with the melodies; this was one of those rare moments where I just played it as it came. I even started singing the melody. I said to myself, ‘Jesus, what am I doing here?’ And the percussive thing I did on the guitar, which I’d never really done before, that came right away, too. The whole thing was just there … I didn’t sit there and go, ‘Now I’m gonna go from G to C to A minor.’ I didn’t do any of that. It just happened.”

“We were told by management and the label that it wasn’t a hit. But you have to remember, this was pre- ‘MTV Unplugged.’ There was no home for a song like this. At the time, rock bands were doing power ballads – huge cannon drums and massive choruses. Two guys singing harmonies with an acoustic, it was like, ‘What is that? Is it Adult Contemporary?’ The last time you heard that was in the ’70s with James Taylor.”

“I fought for it. I threatened to stop touring and quit the band if they wouldn’t release it. I was such a pain in the ass about it that management and the label finally agreed to test the song in a market. They told me, ‘We don’t think it’s gonna do anything,’ but they paid a station in Phoenix to spin it three times on a Monday. The next day, my manager called and said, ‘Don’t get too excited, but it came in top nine in Phoenix.’ The next day it climbed higher, and by the end of the week it was almost number one. And they still refused to release it. They tested it in another market and the same thing happened. It was a real fight to get the song out there.”

The version most everyone is familiar with is the radio edit, which clocked in at 4:09. But on the album version from Extreme II: Pornograffiti, the album version came in at about 5:33, with an additional vocal part and a full minute for Bettencourt to show some guitar wizardry. That soloing at the end unintentionally provided a good edit point to shorten the song, which didn’t make him happy at the time. “Forget taking the guitar out – they took out the last hook! Are you kidding me? That really pissed me off. In hindsight, I get it; it’s a long song. But it was upsetting to me at the time.”

As is often the case, the band has broken up and re-assembled more than once, and is currently together, named as an opening act for Aerosmith’s now-postponed 50th anniversary show at Fenway Park in Boston. In between, Bettencourt has gone on to play for Rihanna, among others, and Cherone fronted Van Halen for one album after Sammy Hagar left. 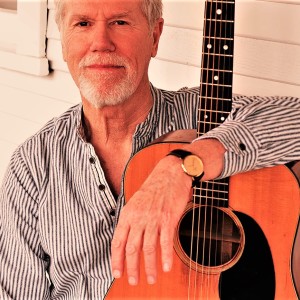 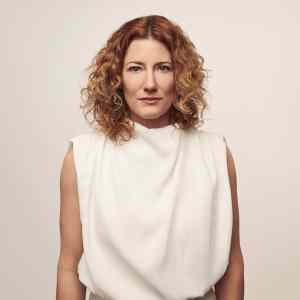