“Sometimes songs come in a flash, and it feels like the most magical or special way for things to happen,” says Chris Simpson. “Other times, a song lingers in gestation over the course of months or years and gets formed and fleshed out, coming into focus very gradually.”

In 2004, as Simpson, longtime frontman of Mineral, was just starting to play and write on the piano for his band Mountain Time (then under the name Zookeeper), one of the first songs that flooded out was “Neon Heart.”

“The way music and chord structures opened up to me on the piano felt invigorating, and I could sit and play it for hours just to hear the sound,” says Simpson. “I remember ‘Neon Heart,” especially, because its birth was accompanied by an intense labor and delivery.”

Archived away, “Neon Heart,” off the band’s upcoming Saint Francis, Zookeeper, out Aug. 27, a remastered release of Mountain Time’s first two albums on vinyl, is one of three previously unreleased tracks.

“Neon Heart” keeps ticking through time. Moving Simpson’s ghostly lilt and barer tale of the signs of time, at nearly eight minutes, “Neon Heart” retains its essence of its earliest formulation around simple piano and strings.

When it was first written 17 years ago, the band tried to record it a number of times in a “variety of different spirits,” says Simpson, but it all started with a home demo recorded in his living room. “It has a lot of the sort of time stamps that I love,” says Simpson. “You can hear me running up and down the stairs to stop the tape after the vocal take. The sound of the dogs scratching and jingling their collars. A cheap delay pedal I was obsessed with at the time and was running everything through at different times in the mix.” (The song features the un-muting and delaying of the click track to simulate a clock ticking in response to a lyric.)

A follow up to Music For Looking Animals in 2020, on Saint Francis, Zookeeper, Simpson excavates past spaces, people and songs, reflective of endless nights, creating with friends, experimenting with instrumentals, and the days of having a “pair of headphones taped around your head.” It was almost like a dream, but Saint Francis reveals that those earlier stories were never an illusion.

Revisting “Neon Heart” was visceral for Simpson, since he remembers those earlier days. “I remember how sad it felt to sit inside the song for that long,” he says. “I remember walking around in an almost fugue state, not always sitting at the piano working, but even, when doing other things, in some very real sense, still working on the song. It’s almost like an out of body experience.”

At the time, Simpson says he was also learning to surrender to the process, of a song. Songs worked on him, not the other way around.

“I remember the deep sense of peace and satisfaction that came when the song was completed,” he says. “The feeling that I had really seen something, really said something with it.”

Prior to unearthing some of the early demos, Mountain Time’s Seth Woods and Alex Dupree started discussing digging into some older, newly digitized Zookeeper archives. In a folder labeled “11th Street Demos” were their debut Zookeeper EP and Becoming All Things albums, both combined on Saint Francis, and gravitated to the “Neon Heart” home demo.

“It had an elegance and simplicity that was endearing,” says Simpson of the track, which he sent Ariana Bina, a violinist for Mountain Time, and featured on Music for Looking Animals. “She added a few violin parts,” says Simpson, “creating an eerie stitch in time across it.”

Still, after nearly 20 years, “Neon Heart” pulls at Simpson, the little song that could—and did —and resonates now, more than ever.

“The song is about time, about the death of innocence,” shares Simpson. “It’s the experience of first noticing or being able to see the passage, ravages, of time in your own life, in the world and the people around you, which is an awakening and an unmooring at the same time. It was a heavy thing to conjure but it holds the seeds of healing and light that always accompany seeing.” 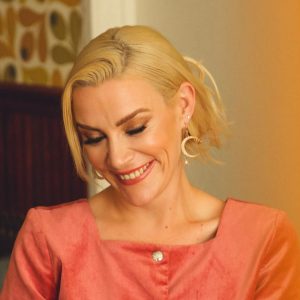 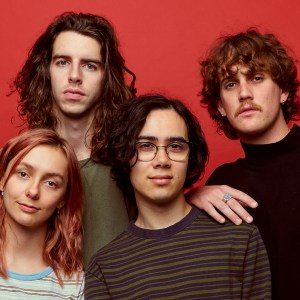