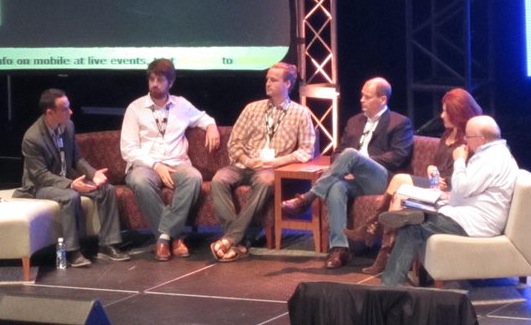 The Performance Rights Act, which is currently being debated on Capitol Hill, has been the subject of much debate at this year’s NBN Summit. If passed in its current form, the law would require terrestial radio stations to pay performers for songs played on the air, in addition to the royalties radio stations already pay songwriters.

Tim Dubois, vice president and managing executive of ASCAP Nashville, said he thinks the law will be passed in some form, despite the scare tactics radio broadcasters have used to lobby against it. Some broadcasters have said the law would kill local radio, and lead to a decrease in the amount of music played on the air.

Not everyone agrees with that reasoning.

“The truth is, radio stations play songs that attract listeners,” Bryan Calhoun, VP of New Media for SoundExchange, the non-profit performance rights organization that collects royalties due to songwriters from satellite radio, internet radio, cable TV, and elsewhere, said during the panel.

Tim Westergren, founder and chief strategy officer for Pandora, an Internet radio service customized for a listener’s tastes, said it’s high time for terrestial radio to pay up. “It’s a $15 billion industry that has never paid a dime to performers,” he said. “That’s a big-ass industry.” – CO

A few years ago, Mountain Dew, which had mainly targeted its advertising around action sports, gave Jon Cohen and his Cornerstone Promotions advertising agency a challenge: Create a new cultural footprint for the brand, outside of sports.

Cohen came up with the idea for a singles label, a sort of return to an artist development model that – because of the flux the music industry was in – a corporate sponsor may be better able to execute.

On Thursday afternoon, Next Big Nashville founder Jason Moon Wilkins sat with Cohen to discuss the success in the branding field that the Cornerstone founder has had. His company has grown from two people – Cohen and partner Rob Stone – to a hundred employees today.

Green Label Sound, the singles label, has been a win-win situation for both the artists – Mat and Kim, Holy Ghost!, Neon Indian, Chromeo – and Mountain Dew, which has seen a 4% increase in sales over the campaign’s term, not to mention a “halo effect on the brand.”

Cohen says the “quality of execution” of the campaign allayed any fears the artists had of selling out in the early going.

“In this world, music should break any way necessary,” Cohen said, defending the idea that brands, not just labels, could be meaningfully involved in artist development.

After a year of focusing on free downloads and providing budgets for the artists to make videos, Green Label Sound, in its second year, is looking more to tour support for artists like Chromeo. The corporate sponsorship can help keep ticket prices low for fans and allows artists more production to the live shows. – DI

A House Of Cards

Hurwitz said his business is rooted in reality, rather than blind faith. “Deals always have to make sense,” said Hurwitz, stressing the fact that, in a risk-taking business, making money “today” should still be the goal.

The promoter said that his job is to exploit what the public likes – rather than telling people what they want, quipping that, “Ray Charles could have seen that Limp Bizkit shouldn’t have been touring this summer.”

Hurwitz said a “return to individual market decisions in individual markets” is the solution to what ails the concert business. In this sense, Hurwitz also seemed to recall nostalgia for the regional music markets of the ‘50s and ‘60s – and the small labels and radio stations that supported them.

Waddell pushed Hurwitz when he asked about the promoter’s prediction 10 years ago that the concert industry was a “house of cards.” With Live Nation currently controlling 75% of the business, the “house” clearly has yet to topple.

His earlier prognostication aside, Hurwitz countered, “I don’t know when the end is, but [the Live Nation business model] doesn’t work.” – DI

There are no second acts in American lives, F. Scott Fitzgerald wrote. But he was wrong. In order to survive as an artist in today’s landscape, it seems that one must constantly reinvent themselves and offer up multiple acts.

“It’s not too hard to get a Number 1 record anymore,” Troy Carter, manager for Lady Gaga, said during a panel on artist development. “What’s tough is sustainability in this new space we are in. It’s very, very tough.”

Carter became involved with Gaga four years ago, after the provocative chanteuse had been dropped from Def Jam. Carter said the label did not want to invest the time and resources to develop Gaga as an artist, adding that he doesn’t’ know any major label that develops artists in-house.

Also speaking on artist development was Marty Winsch, president of Mountain Entertainment and manager of Cory Smith, an indie-folk singer-songwriter from Georgia. Winsch told the audience that “human connection” drove artist development, not technology. He urged budding artists to forge their own career, and not rely on consultants or industry heads to guide them.

Winsch called Smith a genuine, “throwback artist” who could not function in life without making art. He said Smith’s success can partly be attributed to his impoverished childhood, the loss of sight in one of his eyes, and his mother’s death from a drug overdose. “He’s had to constantly pull himself up from his bootstraps,” Winsch said. – CO

Head In The Clouds

While the title of Russ Crupnick’s keynote, “View From 30,000 Feet,” hinted at a discussion about a cloud-based iTunes, the market researcher’s morning address was mainly an attempt to get away from technological talk. “Spend moments with real people, real consumers,” Crupnick urged the audience.

The keynote enumerated the errors that music retailers had made in anticipating sales drops, leading to less shelf space for CDs and alienated consumers. 20 million people, Crupnick contended, were left in the jump between physical and digital music consumption.

The solution, he hopes, will be in “connectivity,” the media-convergence to TV that will present the consumer with a more “holistic” offering of media – CDs, DVDs, video games, books.

While Crupnick chose not to dive into the cloud, he did exhibit the slide showing NPD research that 7 million Americans would spend about $10 for an iTunes subscription model. And, after all, the TV connectivity model and the cloud subscription model are roughly the same animal. –DI

Scott Borchetta, head of Big Machine Records and the Nashville Post’s 2010 CEO of the year, said the excess and waste he witnessed while working at a major record label prompted him to start his own label.

“We weren’t moving quickly,” Borchetta said of his former time at DreamWorks Records. “And I thought, I’ve learned all I can here.”

In 2005, Borchetta formed Big Machine (along with Toby Keith, who later dropped his affiliation with the label) and signed Taylor Swift shortly thereafter.

The Music Row mogul said the label’s salad days were tough-going. “There were a couple days when we almost went out of business,” he said.

Borchetta said Jack Ingram had a Number 1 hit that gave the label a boost of momentum, helping pave the way for the emergence of Swift. Borchetta called Swift an “outside the box” artist, adding that it was tough to initially convince the powers-that-be of her merit.

“Gatekeepers are gatekeepers,” Borchetta said. “You have to take every one of them down.” –CO

Kent Marcus, a well-connected lawyer in Nashville who’s worked with major acts like Kings of Leon and Paramore, moderated a panel with Livia Tortella, the new Co-President/COO at Warner Brother Records, and Megan Kabir, an emerging artist who recently signed to Warner.

Tortella defended the so-called 360 deal, where a label shares in artist touring, merchandise and sponsorship revenue, saying, “We don’t want to have to live and die by the P&L sheet of a record.”

Kabir said the 360 deal takes the pressure off the artist. Her deal with Warner’s is not an “album” deal, but rather an arrangement for the artist to provide a series of songs. In that sense, Tortella and Marcus said, the label would be able to “play” with packaging and keep a constant flow of content.

Tortella said that ancillary revenue also helps on artists with whom the label does not have a “deeper deal,” such as The Black Keys, who are signed to the Warner-owned Nonesuch label. The Black Keys latest album, Brothers, for example, has been very successful in the licensing department. –DI

The Music Behind the Film

In the digital revolution, more musicians are starting to offer up their art for content branding. Even sacred cows like Bob Dylan are now part of the game. Just look at a recent Google television ad that cribs footage from an old video shot for Dylan’s “Subterranean Homesick Blues.” In the commercial, phrases from the song (“Johnny’s in the basement,” e.g.) are typed into a Google search bar as footage of a young Dylan in an alleyway unfolds.

“It’s an exciting re-purposing of something classic,” said Randall Poster, a Hollywood music supervisor who worked on the Google campaign.

Advertising has emerged as another avenue for musicians to reach new fans.

“You hear people say that advertising is the new radio, but it seems to be more of an advertising vehicle for music,” Poster said. –CO

Caine O’Rear and Davis Inman contributed reporting for this article. 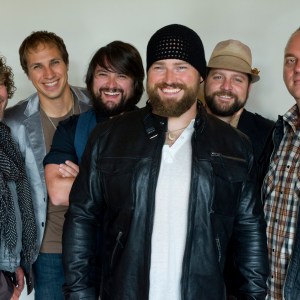 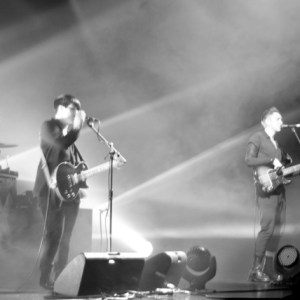