So what does Shakey do when he shows up to a packed festival crowd on a Friday night with one of the most fan-pleasing tours he’s been on since the ‘90s? He goes off script.

Skipping the acoustic intro, Young and Promise of the Real got right down to business with a 40-minute version of “Down By The River” to kick things off. You heard me right. The first song was 40 minutes long.

As a longtime fan of Neil Young who owns and enjoys almost every record he’s released, it was a dream come true. For a casual festival-goer in Memphis who was “missing Weezer for this,” it was too much to take.

Gradually the crowd would continue to thin as Neil kept the hit songs sprinkled few and far between, opting instead to play some of his new tracks from The Monsanto Years, as well as some deep cuts from the ‘80s.

Beale St. Fest, which is part of the city’s month-long Memphis in May Festival, is an interesting beast. Where many festivals compete with lineups that are custom tailored to the “festival crowd,” Beale St. has made a name for itself by mixing fest-favorites like The Flaming Lips with more successful radio artists like Kid Rock or Train.

This brings together a diverse audience, but it also brings a whole new list of problems for the performers to contend with, including rethinking their touring setlist.

There are limited time slots, for one, and it’s likely the audience won’t necessarily be familiar with a band’s catalog.

Grace Potter played the set just prior to Young and confessed she was more excited about seeing him than finishing her set. She then worked up the raunchiest tone she could muster out of her amp for her last song, in honor of Young.

Every band has a different protocol for handling festival sets. Some bands stick to the hits while others pull out all the stops, but rarely does a band play a (good) set without taking their surroundings into consideration.

Recently Old Shakey has been on tour with Promise of the Real, a band fronted by Lukas and Micah Nelson (Willie’s sons). The band normally tours with Lukas as the frontman, but Neil has commandeered the exciting young group and bent them to his will.

Sounding not entirely unlike his other famously requisitioned band, Crazy Horse, Promise of the Real is a vehicle for Neil to showcase a side of himself that fans have long been clamoring for.

Recent setlists have found him digging out songs he’s not played live since the ‘70s (and has left some fans wondering “why didn’t he play some of those songs on that Crazy Horse tour in 2012?”) and opening the shows with acoustic renditions of some of his biggest hits. (Read our review of Young’s recent Nashville show here.)

Promise of the Real seems to be a trip down memory lane for Young, without the personal baggage that attends his work with certain past collaborators.

“We’re not gonna make it; I’ve got too many songs,” Young told the crowd Friday night before closing things out with “Rockin’ In The Free World” (which felt like a “sorry we got so carried away and had to cut all your favorites” olive branch) and “Love and Only Love.”

For a hardcore Young fan, it was another flawless setlist executed perfectly. For a casual listener it likely felt a little bit antagonistic. Either way, it definitely felt like Neil Young.

Set List:
Down by the River
Country Home
Seed Justice
Western Hero
Out on the Weekend
Are There Any More Real Cowboys?
Someday
Fuckin’ Up
Cinnamon Girl
Rockin’ in the Free World
Love and Only Love 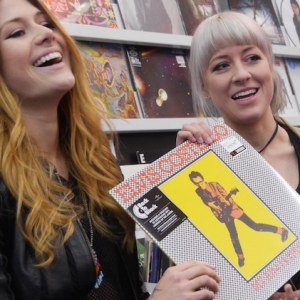 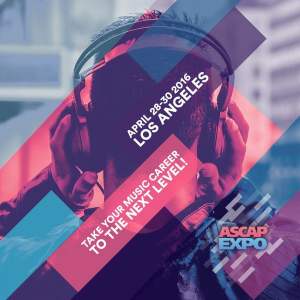