“It’s easy for bullying and racism to be the same thing. It’s the whole backbone of my entire journey,” says Frank Kadillac. The world could have served a 1-2 knockout punch, but he instead funneled his pain right into the work. “I didn’t have a voice at all. So, I made a voice for myself through music.”

One-half of genre-bending duo Neon Dreams, equal parts pop, guitar-laden indie, and hip-hop, Kadillac unravels his heartstrings across the band’s second album. The Happiness of Tomorrow, which arrives this Friday, November 13, finds the Canadian musician licking his wounds and stepping into the sun’s inviting warmth to claim his rightful place among today’s finest pop performers.

Dreamy soundscapes quake against earth-shifting grooves, and it’s clear he’s happier than he has ever been. “It seems you’re in a battle with everybody, but you’re not in a battle with anybody. It’s a battle with yourself. Once you overcome the battle, you can grow,” Kadillac tells American Songwriter over a call earlier this fall. “Your entire career will grow as you grow. There’s enough success for everybody in the world. It feels like there’s not, but there is. I’m so happy I failed so many times to get to where we are. Failure is the key.”

His candor is intoxicating. When you dive into the new record, you’ll understand exactly where he’s coming from. Immediately following Neon Dreams’ 2019 debut Sweet Dreams till Sunbeams and a wildly successful tour, he noticed a seismic shift had already started to happen. “I started to understand life a little differently,” he says. “I felt we were one step closer to our goal ─ to connect with other people who don’t fit into the rest of society.”

“You smile when you want to cry / Keep it in, just to get you by,” Kadillac’s words flow as tears with the serenely cathartic “All the People.” It’s heavy, yet beautiful ─ lurching out of a deep recess within his soul. He wears his heart on his sleeve, taking great care to be as honest as possible, and emotional healing directly informs his writing. Glimmers of sorrow always guide his hand, often dressed up with deceptively sunny synths, percussion, and guitars. It’s his way of mending as much it is about imparting well-fought wisdom.

“I really enjoy songs that are super upbeat but darker than what they seem,” he notes, before listing off such songs as The Weeknd’s “I Can’t Feel My Face” and Third Eye Blind’s “Semi-Charmed Life.” Dancing away the pain is nothing new in pop music, but for Kadillac, it’s a moment of reckoning with himself and the world.

Last summer, he attended the Sedona Meditation Center Mother Earth Retreat in Arizona, a transformative experience that led to personal rebirth. He even deleted an entire album’s worth of material, hoping for a reset, and soon learned he had bigger and more important things to say. He hopped right into songwriting again and chose to reapply particular aspects of their live shows, like using real guitars, for a new sound and approach.

“We started taking all the things we do live and piecing it together,” he says. They swapped synths for guitars and drums, leaned further into emo influences (from Jimmy Eat World to Gym Class Heroes), and scrambled it all with static starbursts. “It felt like we were actually becoming the band we always wanted to be since we were kids.”

The Happiness of Tomorrow, largely completed over quarantine, manages to feel massive and contemplative at the same time. “Lifestyles of the Broke and Famous,” riffing off Good Charlotte’s “Lifestyles of the Rich & Famous,” conjures up deep longing for better days, while the title cut erupts with punkish attitude, as they celebrate the good, the bad, and everything in between.

The album reads both nostalgic and victorious, a purposeful dichotomy stemming from an investment to shoot for the stars. “We wanted it to feel like a coming-of-age soundtrack. We took everything we grew up on, from sounds to visuals,” says Kadillac, flipping through an inspirations playlist. Artists like Avril Lavigne, Goo Goo Dolls, and Sum41 saddle next to songs by Third Eye Blind (“Jumper”) and Coldplay (“Fix You”). He even draws upon soapy teen drama Dawson’s Creek for influence, mostly for an emotional foundation out of which to carve his own stories. Other shows like Freaks & Geeks and Smallville and 2012 film The Perks of Being a Wallflower directly fueled his creative spark, too.

“For the first time, we feel really happy about something we’ve done,” he adds. “I had so much time to reflect this year. I think everybody’s gone through the same thing with all the ups and downs. It forced me to look at myself in so many different ways. I thought I knew everything, but when you’re always on the road, you don’t always think about the past as much.”

Neon Dreams has shed the past and fully bloomed into their own. The Happiness of Tomorrow is the kind of shiny pop record that makes careers. From confronting a friend’s addiction with “Don’t Go Hating Me Now” to loneliness in a crowded room on “House Party,” Frank Kadillac and drummer Adrian Morris are immovable. They’re here for the long haul. 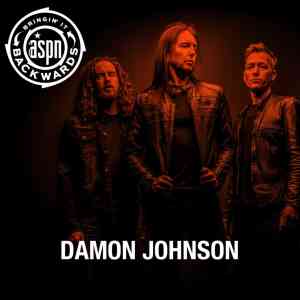 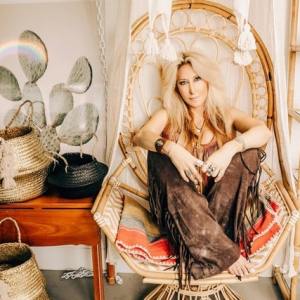