In a way, Joe Wong’s forthcoming album, Nite Creatures, represents the merger of two musical identities he’s cultivated over the years: that of an experimental-leaning drummer who’s variously immersed himself in rock, punk and jazz scenes, and that of an accomplished film and television composer with a strong orchestral bent. The album also marks his debut effort under his own name.

“I definitely thought about considering band names or project names, but I figured my own name is never going to change so I might as well stick with that,” Wong tells American Songwriter in an interview featured below. “And this record is technically influenced by almost 20 years’ experience as a film composer in that it has pretty involved orchestral arrangements. I just figured might as well unite the two identities.”

Nite Creatures may be Wong’s solo debut, but it’s hardly a solo effort. The album title doubles as a reference to his live band, which includes Mary Timony (who also produced the album), Crisana Baker, Mary Lattimore, Matt Cameron, Chat Molter, and—naturally—a chamber orchestra, “so that we can faithfully replicate the sound of the album.”

Wong—who also hosts The Trap Set—grew up in Milwaukee but has spent the last eight years in Los Angeles following stints in New York City and Washington, DC. He wrote much of Nite Creatures during the last year of his father’s life. “The theme of the album is about what it’s like to lose someone over many years, so it was informed by that experience,” he says. Singles like “Nuclear Rainbow” and “Day After Day” have a wandering, melancholy quality to them, but are buoyed by sweeping orchestral instrumentation. For an album about existential dread, Nite Creatures feels powerfully alive and rapturous.

We recently caught up with Wong by phone about his long-running creative relationship with Timony, his “weird atonal math rock” roots, and his approach to scoring for film and television (some of his recent credits include HBO’s “Siempre, Luis” and Netflix’s “The Midnight Gospel,” the latter of which features Nite Creature’s heady lead single, “Dreams Wash Away”). Check out the full interview below and listen to Wong’s latest release, “In The Morning,” below.

American Songwriter: Where are you right now? Are you at home or in your studio?

Joe Wong: There’s a fine line between the two in my life. I’ve been living in Pasadena for about a year now, and I moved from a loft downtown. When I was in the loft I had a studio in my living space, and now I have a backhouse which I use as a studio.

You’re from Milwaukee originally. What was the music you grew up listening to? When did you start making music yourself?

I’ve always loved music from a really early age. I have had my own record collection since the age of five and grew up in the mixtape era, so I would borrow albums and CDs from friends and family and make tapes and tape music off the radio. But aside from playing in school orchestra and taking piano lessons, the instrument that really served as my vehicle into the world of music as a participant was drumset, which I started playing when I was 11. I turned 11 in 1991, and I was already a huge fan of what they call “classic rock.” 1991 was also when [Nirvana’s] Nevermind, [Soundgarden’s] Badmotorfinger—all this Seattle music—came out, and as a child of MTV I got really into that. Then I explored the influences of those bands and got into punk rock and started making records and touring in high school. I was playing weird atonal math rock stuff at the time.

The bands that I was listening to at the time—lots of them—were on a label in Chicago called Touch and Go. And then I was really into the DC punk scene which I later became part of to a small extent, and the Dischord label. Simultaneously with the atonal thing, my entry into jazz was through artists like Albert Ayler and more experimental Coltrane stuff when he was working with Rashied Ali when he was doing Interstellar Space and stuff like that. So that’s what I was into at the time that I first started playing.

When did you first move out to the West Coast?

I moved out here eight years ago. Before that I was in New York playing in a band called Parts & Labor. Then I was playing with a woman named Marnie Stern after that.

What prompted the move?

Well, parallel to my career as a touring drummer I was working as a film and TV composer since 2003, which is when I did my first film score for a movie called “The Yes Men.” These weird bands that I was in usually weren’t generating enough revenue to pay all my bills, so my day job at the time was writing music for TV series and TV commercials and indie movies. When my band in New York broke up I thought it would be a good time to kind of focus on film and TV projects, so that’s why I moved out to LA—and it never gets cold here!

What does that film and TV composing process usually look like? Are you brought on after a project is complete, or do you develop soundtracks with directors and producers?

It can run the gamut. There was a film that I scored along with Didier Leplae years ago called “The Pool” and we actually wrote the score before the film was even shot and recorded it with a Bollywood orchestra, so that’s an extreme example of how early I can be brought on. But usually I’m brought on to a project after it’s been shot and while it’s in the edit. Or if it’s an animated show, after the rough timed-out storyboard—which is called an animatic—has been completed. Obviously if there’s a song that needs to appear on screen with the characters singing it, I come on sooner to write those. But often we’ll just create a demo for that so that they can sing along with it on camera, and then I’ll flush it out after I see the final shots.

Switching gears to Nite Creatures, I read that you wrote the songs on the album while your father was dying. Did he have a chance to hear any of the music in earlier forms?

My father was dying over the last decade, but the album itself was only written in the last year of his life. The theme of the album is about what it’s like to lose someone over many years, so it was informed by that experience. Unfortunately he didn’t get to hear any of it.

Where did you write these songs? Were you in your studio?

No—my studio I think of as a workplace, and when I’m writing my own songs I don’t want to be in the same place where I’m working at the behest of others, so I usually just sit in a chair and grab an instrument and write that way in my listening room where I listen to records.

Did you know you’d release this album under your own name or did you consider another moniker?

I definitely thought about considering band names or project names, but I figured my own name is never going to change so I might as well stick with that. And this record is technically influenced by almost 20 years’ experience as a film composer in that it has pretty involved orchestral arrangements. I just figured might as well unite the two identities.

I wanted to ask about your recent single “Nuclear Rainbow,” which pairs ominous lyrics with grand, sweeping instrumentation. What feelings did you want to convey with that track?

That song is making light of existential dread, which I think if you can get over the dread part is kind of funny. I think it’s resonating now because our whole society is designed to make people forget about their mortality. That’s what capitalism or consumerism is there for, that’s why it’s so effective. You just buy a new car and you forget you’re another year older and closer to death. Now that everything’s come to a halt, I’m hearing from a lot of people that they’re more closely in touch with that sense of existential dread. It’s something that I’ve always been close to because I grew up atheist and it’s something that I’ve thought about more than lots of people who grew up in faith traditions and have an explanation for what happens.

How’d you get connected to Mary Timony?

Mary is one of my very best friends and I played drums in her band the first time we did a tour together in 2004. We were touring with the band Spoon. Mary and I were playing as a duo at the time, so it was just her and I in a station wagon traversing the country and we became fast friends.

I see her as a mentor and a big sister, and the reason why I brought her in to produce the album is because I was wanting to make my own album for years and had this problem where I would always prioritize other peoples’ work over mine. It’s easier to score a film or score a show than to go to that next level of vulnerability and make your own statement. I decided to treat this like any other project and create a deadline and create a structure so I would be accountable to somebody else besides myself. I bought a ticket for Mary to fly out and start working on the record with me and that gave me that structure and deadline to work under.

That’s the live band. It’s also the name of the album and one of the songs on it. But for the purpose of the page, it’s the live band. That’s Mary on guitar, Crisanta Baker from a great band called Low Moon on keyboards, Mary Lattimore on harp, Matt Cameron from Pearl Jam and Soundgarden on drums, and Chad Molter—whom I met in DC long ago, who’s a great drummer and bassist—on bass. Then we have a chamber orchestra so that we can faithfully replicate the sound of the album.

If I had to get Freudian I would say the Nite Creatures are the parts of ourselves that we overlook. Germane to what I was saying before about how our whole society is structured to make us forget that we’re going to die, there are other parts of our personalities that are just beneath our conscious mind. Maybe that’s what Nite Creatures are.

Nite Creatures is out Sept. 18 via Decca. You can pre-order it here. 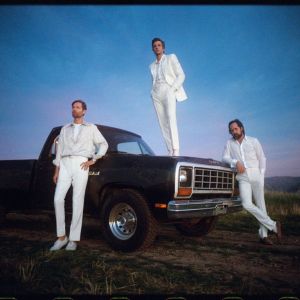 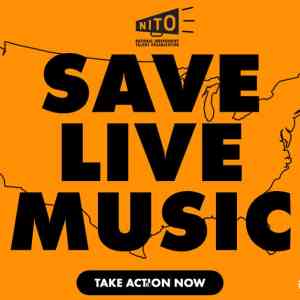