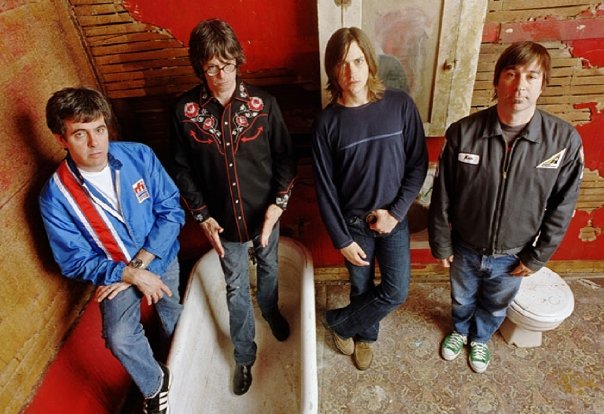 Sex. Where would rock & roll be without it?

Of course, not all sex is good sex. Just ask Rhett Miller, who wrote “Barrier Reef” about the sort of casual encounter that leaves you with nothing more than a hangover in the morning.

“We had just done a gig in Dallas, right at the end of the Wreck Your Life tour,” he remembers. “I was driving the van home, and I had [Old 97‘s drummer] Phillip in the passenger seat with a notebook, taking dictation. I had this song in my head and I couldn’t get it out, so I basically wrote it from the steering wheel.”

In “Barrier Reef,” Miller meets a girl at a Chicago club, drinks with her until last call, and eventually goes back to her apartment to do the inevitable. It doesn’t go well. After doing some drunken soul searching, Miller realizes he might be the one to blame. “What’s so great about the Barrier Reef?” goes the rhetorical chorus. “What’s so fine about art? What’s so good about a Good Times van, when you’re working on a broken man?”

The song’s female character was partially inspired by Miller’s first stalker. “It was the first time I’d ever dealt with something like that,” he says, “and I remember thinking, ‘Hey, this is kinda cool… and also terrifying.’ The girl in the song is so dysfunctional, and I guess I always think of her as being similar to that stalker. She’s got these zombie eyes that just stare at you. You don’t know what’s going on behind them.”

Dysfunctional or not, Miller walks up to the girl in the very first verse. “My name’s Stewart Ranson Miller; I’m a serial lady killer,” he says by way of introduction. Most songwriters never give away their full name in a song… and technically, neither does Miller.

“I’m actually Stewart Ransom Miller II,” he clarifies. “My dad is Stewart Ranson Miller. At the time, he and my mom had been divorced for a few years, and he was going through his oat-sowing days as a single guy in his 40s. He was a bar-hopper who would tell me stories about the women in his life, so as much as that song sounds like it’s about a rock & roll singer on tour, I think I owe some of the inspiration of the male character to my dad.”

Rhett’s dad currently works as a lawyer in Dallas, where “Barrier Reef” has turned him into something of a local legend inside the courtroom. “Sometimes, he’ll walk up to a judge in Texas,” Miller says, “and they’ll ask his name. He’ll say ‘Stewart Ranson Miller,’ and they’ll go, ‘Oh, the serial lady killer?’ And then my dad sends me an email that says, ‘Looks like I’m gonna win this case.’”

Even without the humor, “Barrier Reef” has some biting lines about the downside of a one-night stand. “My heart wasn’t in it, not for one single minute / I went through the motions with her / her on top, and me on liquor,” goes one of the best lyrics. Going through the motions doesn’t help, though, and in the end, the male character winds up striking out… even though he technically scores.

“I’ve always liked that — the rub between getting what you want and realizing that what you wanted wasn’t really what you wanted,” Miller says. “It’s such an awkward moment in the song. He gets laid, but in the midst of it, he’s looking up and going, ‘Oh man, this sucks.’”

What doesn’t suck is “Barrier Reef” itself. Released on 1997’s Too Far to Care, it marks one of the band’s earliest (and most successful) combinations of boozy country and smart, sophisticated pop. The whole thing is anchored by Ken Bethea’s guitar work, described by Miller as “syncopated hillbilly-caveman riffs,” and the song has been played at virtually every Old 97’s concert since the late-‘90s. What’s so great about the “Barrier Reef?” Pretty much everything.

Empty bottle was half empty, tide was low, and I was thirsty
I saw her sitting at the bar, well you know how some girls are
Always making eyes, well she wasn’t making eyes

So I sidled up beside her settled down and shouted, “Hi there,”
My name’s Stewart Ransom Miller, I’m a serial lady killer”
She said “I’m already dead,” that’s exactly what she said

So we tripped the lights fantastic, we was both made of elastic
Midnight came and midnight went and I thought I was the President
She said “Do you have a car,” and I said “Do I have a car?”

My heart wasn’t in it, not for one single minute
I went through the motions with her
Her on top, and me on liquor
Didn’t do no good, well I didn’t think it would 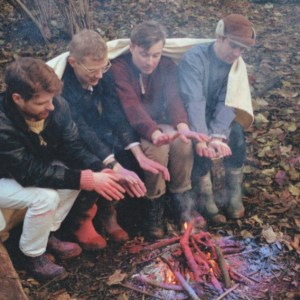