It’s a perfect day in Santa Barbara. “There are some clouds in the sky, but that just makes it more beautiful,” says Pete Muller. “We live in paradise out here.” On this day, Muller, who left the East Coast and has called California home since 2007, is basking in more than the rays following the release of Spaces, an album written within the past two years after the singer-songwriter, and businessman, decided to refocus on his other dream: music.

Produced by collaborator Rob Mathes, who also worked on Dissolve—Muller’s 2019 debut, Spaces is a collection of songs reflecting Muller’s life, family, and varied states within a period of time, filled with stories sparked from a songwriting circle that Muller first started right out of his New York City apartment. “I would make a big bowl of pasta and a salad for people and they would bring wine, and everybody had to bring a new song,” Muller shares with American Songwriter. “Then we would play your song twice, and the second time people would get to look at the lyrics. Then everybody would critique everybody else.”

Re-instituting the writing group prior to the new album Muller shared songs with four or five other songwriters over several weeks, which he says pushed him to write, which is something that doesn’t come naturally, at first. “I’m not a Nashville writer,” says Muller. “I don’t have to produce, but having a song circle forced me to essentially write every day for that week, and to perfect the song.” He adds, “For me that impetus to have to write a song really helps me produce a lot more than I would otherwise. I exercise every day. I play the piano every day. I sing every day, but I don’t write every day.”

Working in finance most of his career, Muller, who also periodically produces monthly crossword puzzles for The Washington Post and occasionally for New York Times, wanted to keep the musical momentum following the release of Dissolve.

“I was unbelievably successful in my career, and then I was incredibly unhappy because I had stopped playing music,” shares Muller, who at one point entered into a Master’s program in music at the Tisch School of Arts at New York University before meeting his wife. The couple had two children and relocated to California, where Muller would continue playing at clubs on a monthly basis but still wasn’t writing.

Throughout, Spaces reveals poignant marks within Muller’s life in the block of two years, working around narratives of coming home—to family, love, music—from the piano- and drum-paced march of “Tin Palace” and the Americana-tipped “Light Up the Night” to the more emotive “Gone,” which Muller says was written during a particularly emotional time in his life. “I spend so much time in the writing process and editing the lyrics, that I’m pretty clear on the meaning, but what shifts is how I feel playing it,” shares Muller. “‘Gone’ was written during a very traumatic time, and it’s harder to play without actually getting in that place.”

There are two tensions explored on the album, he says, the first between what he calls a “zen Pete” and an “intense, obsessive Pete.” “There’s the guy that’s super happy staring at a tree—which is what I’m doing right now—and then there’s the guy that knows how to run a company or create crossword puzzles or push themselves to the absolute limit and encourage others and coach them and can hold that energy for a long period of time,” shares Muller.

Closing track “Spaces” addresses the desire to slow down and enjoy the simpler things in life without a “productive” mindset, while “Lazy Day” shares the same sentiment but was initially written when Muller decided to cancel meetings and have a lazier day in, and ending up spending the day writing the track.

The second tension is around relationships. “I’ve been married now for 12 or 13 years, and there’s a tension in relationships where if you get too close, it doesn’t feel right, and if you get too far away, it doesn’t feel right—there’s that push and pull,” says Muller. “How do you do that dance while both of you achieve what you want in life but also find a way to collaborate, cooperate and love deeply. That’s not something most people learned growing up or had examples of, and it leads to all the songs in the world—the falling in love songs, the breakup songs, the missing people songs, and obviously the getting back together songs.”

There’s even a third theme, says Muller, and it’s “fear and desire, and how all humans have both of those in strong measure.” He adds, “The more you want something, the more uncertain it is, and the more you’re afraid of not getting it. It’s this dance in life.”

Referencing a quote a friend in business once shared with him, Muller says it applies to music. “Having grown is wonderful,” he said. “Growing is painful.”

“I have this pretty great life,” she says. “It’s not like I’m happy all the time, but I’ve figured things out, and I like to give back, so when I play music in front of people, I want to lift them up. I want to inspire them. I want people to come away with hope and inspiration, especially given the world that we have now.”

Muller adds, “If I can through music, give a little perspective of how to be more compassionate, and how to be more understanding of the fact that it’s a crazy world then that’s my job. I think it’s my job just being a human in the world. How can I give love and compassion wherever possible without being a martyr, without sacrificing myself.” 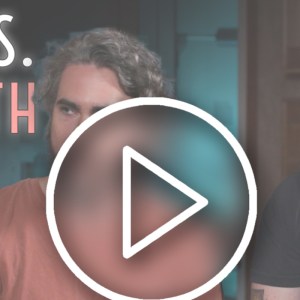 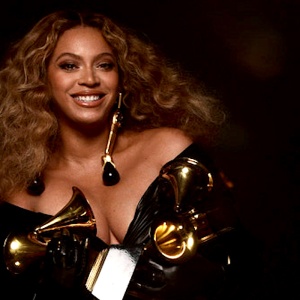