“Blow your face out baby.”

“Take out your false teeth mama, I want to suck on your gums.”

Those and many other wild, wisecracking quotes are attributed to Peter Wolf during his extensive, 14 year and 13 album tenure as frontman extraordinaire of the J. Geils Band.

Certainly Wolf’s formative time frequenting Harlem’s Apollo Theater in his late teens/early 20s and hosting a late night Boston radio show as the “Woofa Goofa” helped create that memorable motormouthed persona, a precursor to rap. It also molded an explosive stage presence that featured using his mic stand as a pole vault. Perhaps somewhat ignored along the way, both during his Geils years and subsequent work under his own name starting in 1984, are Wolf’s talents as a songwriter, acknowledged by no lesser a visionary than Gram Parsons, one of the first to cover a Wolf composition (“Cry One More Time”) on the country icon’s 1973 debut.

Still, it was a pleasant surprise to find Wolf as a soft-spoken, low key, philosophical and even retiring voice on the phone a few days before his 70th birthday. But age, as they say, is just a number, and Wolf remains as passionate and enthusiastic about classic country, soul, blues and R&B as folks half his age. Better yet, he has recently released the provocatively titled A Cure For Loneliness, his first collection in six years and one of the most compelling of his solo career, now eight albums strong.

It’s a rewarding and diverse mix of live and studio material touching on country, folk, a zippy bluegrass reading of “Love Stinks,” as well as a dose of often dialed-down rock, soul and blues ballads. All but three selections were written or co-penned by Wolf, who claims the disc came together fairly quickly and with few overdubs despite the long wait. He has written, usually with a cohort, since the early Geils days. In fact, “Wait,” the opening track of the 1970 J. Geils Band debut, was composed, as was most of the band’s original material, with keyboardist Seth Justman.

Four and a half decades later, I wondered how his song crafting method had altered.

“It’s always different,” he explains. “As time goes by, the demands change. A line like, ‘I see you walking in the street/ Always looking so nice and neat,’ (from “Wait”) that worked at one time wouldn’t work now. One gets a different sense of what’s good. As far as harder or easier, it’s always been a challenge. I’m not one of those people that say, ‘I don’t know how it got written, it just came right through me.’ Some songs come quicker than others. Also, I enjoy the collaborative situation because it helps me focus and stay attuned.  Even in the recording process, I rely on (long-time Wolf producer) Kenny White and different musicians. A good song will prevail but their artistry can enrich a song in many ways.”

That sharing spirit resulted in duets with singer-songwriters Neko Case, Shelby Lynne and one of Wolf’s musical icons, Merle Haggard, on 2010’s superb Midnight Souvenirs. There are no guests on this one, although Wolf expresses his ongoing affection for Loretta Lynn with whom he would love to work. He also explains that Bobby Womack was scheduled to sing on the bittersweet “It’s Raining,” one of this album’s finest, most heartfelt ballads (a co-write with R&B legend Don Covay), but he passed away unexpectedly before that happened. This leads to Wolf musing on the ageism baked into rock and roll.

“When it [rock and roll] started, it was music for young people. You don’t have that stigma with jazz, classical or blues musicians; as long as they’re able to persevere, it’s okay. In rock and roll, age seems to play a more important part, but, as time goes by, the rockers are growing up with it, so it’s an art form that’s continuing.”

And based on the self-explanatory and beautifully poignant “Peace Of Mind” (“When I was a young man I believed in everything/ Now I’m not a young man and I don’t know what song to sing”) and the similarly soulful “Rolling On,” the new album’s opening, wistful and pensive track (“Rolling on/ Leave hard times behind me/ Moving on/ Down the road is where you’ll find me/ I’m going strong/ Won’t be a tie to bind me”), Wolf intends to grow right along with it.

That returns the conversation to the meditative feel of this project and has Wolf concluding he’s not sure if “it’s age that causes reflection or just a sign of the times … or a combination of both.” In either case, it has resulted in arguably his most introspective and impassioned work and one that, even at 70, won’t be his last … at least if he has any say in it. 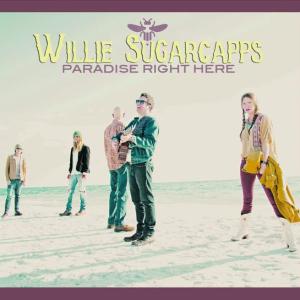 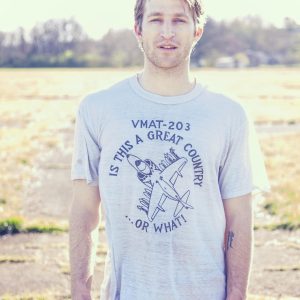