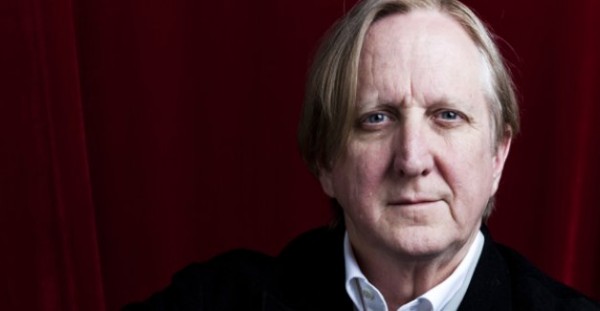 T Bone Burnett  has spent the last decade arranging, organizing, and repositioning traditional American music for the masses. On the morning of September 30th, Burnett was chipper and eager to talk, showing no signs of fatigue from the previous night’s three-hour folk music extravaganza at Town Hall. Burnett had produced the concert, titled Another Day, Another Time, which presented a loose and lively definition of folk music with its far reaching cast of performers. The show’s occasion was Inside Llewyn Davis, the Coen brothers latest movie, which is inspired by the life and music of Dave Van Ronk.

The latest collaboration between the Coens and Burnett takes place in the Greenwich Village of the very early 1960’s, when a small, insular group of dedicated folkies like Van Ronk discovered and re-imagined converging forms of traditional American music of the previous half-century. Burnett’s show at Town Hall highlighted and contextualized the music from the movie, weaving together a contemporary narrative of American folk music that illuminated the music’s stubborn persistence and continued prominence in the 21st century. We spoke with Burnett about putting together Another Day, Another Time, the relationship between music and technology, folk music’s purpose in the 21st century, and why the internet is destroying the United States of America.

Were there any moments from the LLewyn show that really stuck out to you?

God, so many. “Tumbling Tumbleweeds,” it started with that and that was pretty great. All of these artists have this extraordinary ability to redefine the music of the last century to be real in this century. The music has been living for thousands of years, these songs have been around since Plato and they all go way back into our culture in one form or another. There’s a sense that this music is permanently reusable, recyclable.

Review: Inside The Star-Studded Inside Llewyn Davis Concert

Gillian Welch and David Rawlings sang “Will The Circle Be Unbroken,” and then followed it with “I Hear Them All,” a song written in 2006, which then segued back into “This Land Is Your Land.” That progression spoke volumes.

That was the point that kept getting made over and over, like with “Tumbling Tumbleweeds” followed by “Rye Whiskey,” and then “Will The Circle Be Unbroken.” Done: the story’s told right there.

When the younger acts were playing, there was a palpable energy in the crowd that came from this sense of not knowing whether a song was eighty years old or three years old.

Yes, yes, that really was the idea.

Is that sense of timelessness the main point you were trying to get across with this show?

When you’re putting a show together you really discover what it is, and I found that the show has to do with the fact that the United States still has slavery, we’ve just outsourced it in the same way that we’ve outsourced all the rest of our labor all around the world: people making shirts for us, making oil for us. If we were paying the people making oil for us a living wage, we’d be paying $200 a gallon for oil. So “500 Miles” and all of these songs, they’re all coming out of the Civil War. So much of that was the white culture trying to deal with the reality of slavery, with how people that were brought here not necessarily by their will, people that were just sort of moved here, how these people were going to assimilate. How are they going to be integrated into the culture, how are we all going to overcome the wounds of this? There was all of this stuff in that music, and it’s all being updated.

We’re no longer living in “This Land Is Your Land,” it’s a bigger world than what Woody Guthrie was living in, it’s more like this world Is your world, right? At the end of the day, that’s what the show’s about, this world is your world. We have to have conscience. Art, at its best, will create conscience, so that’s part of what we’re trying to do, create conscience in ourselves, in our music, through our music. For me, that was the show. That, and the initial impulse was to bring together the best of these young musicians who are reinventing this music again, this thousand year-old music, for the information age.

After having just seen Inside Llewyn Davis, do you think these types of younger artists are having the same sorts of struggles with notions of authenticity and integrity that Llewyn Davis (character loosely based on Dave Van Ronk) is battling in the movie?

I think actually, that these young artists, the Milk Carton Kids, and I’d also put Gillian and David in there as really the progenitors of this new guard of artists, I feel that they’ve all overcome that in some way, I feel like they’ve all overcome that. You know why? Self-promotion is a horrible thing. As soon as an artist self promotes he ceases to become an artist, he becomes a salesman. Gillian Welch is a committed artist, she’s a lifer. She’s the real thing, right? She doesn’t have time to get on the internet, you know. You can’t do that. Picasso on the internet?

Llewyn Davis would have a hard time updating his artist Facebook page.

Here’s the reality: the arts have been sacrificed on the altar of technological advancement. If 20 years ago, somebody came to any artist in the world and said listen, there’s this extraordinary new technology, you’re going to be able to send your stuff out everywhere, you, you can get information from everywhere, there are only two things you have to give up: your privacy and your royalties. Everybody would have said are you kidding, that’s the stupidest thing I’ve ever heard.

I’ve been accused of being a luddite for saying these things. Very few people have made a tremendous amount of money off of communications, and the way they’ve done it is controlling what went out through the pipes that they were selling. They were able to preach a message of information wants to be free, et cetera, talking half of what Stewart Brand said. So they preached this and they spread their message and they got incredibly rich, and part of that had to do with this idea of “just give us your stuff for for free, and we’ll make a lot of money.” It’s been a straight-up con. We’ve painted ourselves into a corner that we’re not going to be able to get out of, because the rest of the world is not going to put up with our adventurism anymore.

So now we’re in our own surveillance system, the reality what we have now is so much worse than any dystopian nightmare of my childhood, really. When I was a kid they would tell us they’re going to plant chips into your body and be able to follow you everywhere and know everything you’re doing. Well they didn’t have to implant it in our bodies, we hold it right in our hands (Burnett reaches for his iPhone), you know? So, where were we? Oh, we were talking about these young artists.

Right, how they’ve dealing with all these things: commerce and art, the idea of selling-out.

But really, the internet as we call it now is junk, and it’s destroying our country, it really is. It’s not going to destroy the rest of the world, they’re not going to let it destroy the rest of the world, they’ll let it destroy us. That’s what folk music is. That’s what it is. This land is your land, this world is your world. 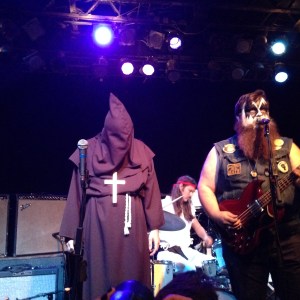 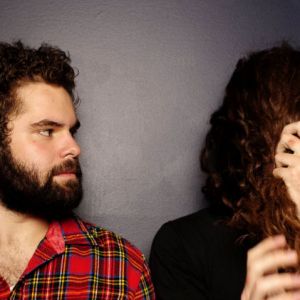