It’s not really normal for a band eight albums into their career to suddenly enjoy a worldwide breakout. And for it to happen with a track over six minutes long with elongated instrumental passages and a somewhat mysterious narrative is even stranger. Any resistance fades, however, when you hear the opening strains of “Radar Love” by Golden Earring, still the song most likely to inspire a speeding ticket some 47 years after it was first released.

Golden Earring had enjoyed great success in their native Netherlands since their 60s inception, but an American hit still seemed unlikely as the 70s arrived. Barry Hay, the group’s lead singer and lyricist, explained in a recent interview with American Songwriter that a record company push gave then some hope. “We signed up with Track records, the label of The Who,” Hay says. “And they really put an effort into it, because they had a sort of monkey wrench. If they could put us together on tour in Europe, they could put us together in Madison Square Garden. So were sort of the sons of the Who.”

But Golden Earring still needed a song to capture their new audience’s imagination, a song that began taking shape with some noodling from the band’s lead guitarist George Kooymans and grew organically from there. “George had the melody,” Hay remembers. “We started rehearsing. And we started out with George strumming that on the rhythm guitar, which was his style. I remember thinking that it would be nice to make that the bassline and have a sort of bluesy sort of thing, answer it with the guitar lick.”

“And then it sort of grew. It happened that night when we were in the studio. It just manifested itself. All the instrumental pieces came. Our bass player (Rinus Gerritsen) came up with the intro, which is pretty much the same sort of thing that comes in after the drum part. It just happened. That’s the way things go sometimes. It was spur of the moment.”

Hay explains that no idea was off-limits, which also contributed to the inventive structure of “Radar Love.” “The arrangement, the horns and everything, was all kind of accidental in a way,” he says. “The horn section just sort of put meat on the song. We asked Eelco (Gelling), who was a band member for a while, to put a slide guitar in the chorus. There was never a moment where we came up with an idea and said, ‘Nah.’ It was always like, ‘Yeah, that’s great,’ and it went on like that. I’m still really surprised because sometimes you have to fight to get something right.”

As invigorating as the music turned out to be, it still needed a story to drive it, which was Hay’s responsibility. “I remember that I had a deadline for my lyrics and I was thinking I wanted to have lyrics that people could respond to, that they could understand. In those days, we used to go out every night. And we had friends over and they were staying at my house. I used to have the sort of house where people would hang out and then go out on the town. And I had to stay because the next day I needed the lyrics to be ready. I was really pissed off because I was going to miss all the fun.”

“At first, the opening line was ‘I’m sitting in a bathtub.’ And I thought, ‘That’s hardly masculine.’ Then I came up with sitting in a car. It took me about three hours to write the lyrics, which is pretty swift. I remember our tour manager coming back from the night out, this was like five in the morning or something. And he read the lyrics and he said, ‘These are the probably the best lyrics you ever wrote and you will ever write.’ Well, thanks a lot!”

Despite writing it on the fly, Hay managed to come up with effortless couplets (“I’ve been driving all night, my hands wet on the wheel/There’s a voice in my head that drives my heel”) while tying them together in a resonant story of a mystical connection between two separated lovers. “It wrote itself in a way,” he says. “I was listening to the music on the side and the story just took wings. I remember, in those days, I was really interested in ESP. I read some shit about it. And that sort of crawled in. Like there’s an accident, but these people still have ESP, they still have contact in a way. Which is sort of a magical thing, out of the ordinary from your run-of-the-mill, middle-of-the-road lyric. It’s a bit obscure, but it did the trick.”

It also inspired a million interpretations, but Hay says that the tragic one is correct. “The guy actually dies,” he says of the song’s narrator. “That’s the gist of the whole thing. In a way, she still has contact with him. There is an afterlife.”

Even once the song was in the can, Golden Earring wasn’t quite sure what they had on their hands, but live audiences began to confirm it. “When we played the song in Holland for the first time, the audience really reacted in an incredibly positive way,” Hay recalls. “Usually, when you play a new song, they’ll just say, ‘Oh yeah, sure,’ like that. That was something to think about. The signs were good when we played it live, but we never actually expected it to explode in that way.”

But explode it did, to the tune of #13 on the Billboard pop chart in 1973. Meanwhile, “Radar Love” boosted Moontan, the album which contained it, to Gold status. But those stats couldn’t have predicted the widespread, lasting appeal of the song. Perhaps it endures because the story of someone in a hurry to get home to the one that they love never quite goes out of date. Or perhaps it’s because the song will perennially sound fantastic blasting out of car speakers.

Golden Earring managed the unlikely feat of another U.S. hit almost a decade later with “Twilight Zone.” And they still tour to adoring audiences in and around their home country with largely the same lineup that they had in the 60s. Barry Hay says that playing “Radar Love” never really gets old, in part because the band strives to keep it fresh. “We’re a band that never really plays it the same,” Hay says. “it’s always a bit different. We’re not good at doing the same thing all the time. It keeps it interesting.”

“We’re not going to do a reggae version,” Hay laughs. “But it’s always exciting and it’s a great song to play. It goes to show that there’s like 800 cover versions, because so many people like it.”

The audiences still crave it, according to Hay. “It’s the same reaction everywhere, because it’s such a recognizable riff. And then it starts steaming and everybody goes with it, because it’s basically a boogie song.”

And how about that moment when the crowd first hears those opening guitar chords? “Everybody sort of levitates,” Hay chuckles. “They leave the ground a couple centimeters.” 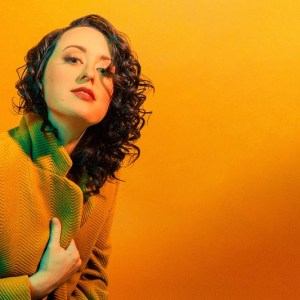 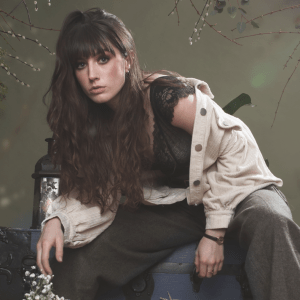