Radnor & Lee’s second album was originally set for an early May release. But like most artists, their livelihoods were thrown into disarray when COVID-19 swept most of the world by mid-March. Stay-at-home orders, very strict social distancing, and massive lockdowns quickly put a strain on the music industry; in fact, many smaller indie record stores teeter on disappearing forever.

It became clear a record release may either have to be rescheduled or postponed indefinitely. “We have had enough challenges normally trying to schedule anything between our two lives and careers ─ and you add a lockdown onto it,” offers musician Ben Lee to American Songwriter over a phone call earlier this week. “This project is based on the two of us being in a room together. It’s posed some very interesting challenges.”

Josh Radnor, most known for his run on How I Met Your Mother and more recently, Amazon’s new series Hunters, admits they even toyed with moving up the street date. “There was definitely a period where we knew we were putting a pause on it. There was even some question of either sticking to the release date or releasing a little earlier,” he says. “Then, it felt like we were in the wilderness a little. We weren’t even talking about the record. We reconnected and reengaged everyone who’s helping us get it out there. We were excited again about it.”

Radnor & Lee’s Golden State (currently up for pre-order) is now set for a June 19 drop. With the release of their new song “Simple Harmony,” the video for which premieres today, the duo truck ahead to what’s next. Funny enough, the song’s aching sweetness could not have arrived at a more appropriate time. Even the accompanying visual, doused with ‘70s style and charm, unpacks the emotional uncertainty they’ve both been wrangling.

“Everybody take a breath,” Radnor urges, Lee’s swarthy harmony flowing beneath him. “This ole earth depends on birth / As much as it depends on death.”

Feeling like a Journeymen b-side, “Simple Harmony” was one of three or four songs born out of a writing and jam session inside a studio at Radnor’s old house. Spending close to a month together, experimenting with various new sounds, moods, and instruments, including the hang drum, this creative period proved to be undeniably “pivotal to this record,” says Radnor, who also plays guitar on the record. “We had a bunch of songs we were really liking. We were in a very free-flowing, experimental state. Nothing mattered at that point. Nothing was solidified. It was just all creativity and play. There were also kazoos involved.”

The video, directed by Sam Fragoso and filmed over 14 hours back in February, works as a “double throwback,” as Lee puts it. “It feels like ‘70s cinema, but it also reminds us of simpler times before the coronavirus. It’s nostalgia for nostalgia.” Radnor, who originally wanted to direct, adds: “It’s kind of a document of what was and what hopefully will be again.”

“We’d talked about this notion of this super 8, retro idea. I ran into Sam, and he said he’d been directing videos,” he continues. “He actually came up with the same broad stroke outline we had. We thought, ‘Well, he’s hearing it the same way we are.’ He was so easy to collaborate with.”

Golden State ─ produced by Justin Stanley (Beck, Leonard Cohen, Paul McCartney) ─ soldiers through life’s many peaks and valleys. That is not more evident than in the lyrical arc, as they weave from opener “Simple Harmony” (“Apocalypse a coming / Everybody feeling the weight,” Radnor heaves) to the closer, the mournful yet bright “Welcome to Our House” (“Let our house become your home” is the final line).

“There’s something about this record that I love,” notes Radnor. “It’s a real journey from maybe disorder to some kind of order.”

In between, themes of aging, wisdom, intimacy, grief, and darkness intertwine for a smorgasbord of potent, imposing performances. During a visit back home to Ohio last summer, Radnor sat down with an old high school buddy and began questioning what life means now, as he’s reached his mid-40s. “We were with another friend, and I said, ‘What have been your favorite things about aging?’ He said, ‘I really love having the knowledge that only comes from experience. You can’t get it from books or what someone told you. You just have to live it.’”

“I really understood what he meant. This album is a lot of that. It’s stuff we picked up along the way. No one told us. When you’ve made it to 40, you’ve tasted some defeat. You’ve hopefully had some success. Things have worked out and some things have not worked out,” he continues. “It’s at that age you have to find a new fuel. Your old tricks don’t work. Your old motivations don’t work. If you’re going to remain ambitious, and I mean that in the best sense, applause and validation isn’t the drug it once was.”

Musically, Radnor & Lee uncover layers, textures, and atmospheres they’ve longed to explore. “There’s a lot of ‘60s and ‘70s organic analog vibes throughout [this record]. I find as I enter my 40s I wear them better,” reflects Lee. “They hang better on my frame. There’s something about getting older that allows you to more authentically harken back to simpler times in different ways.”

Throughout 11 tracks, rough edges tighten the raw, visceral urgency, mimicking two people simply “sitting in a room together playing something well, doing it well, performing it once or twice,” he offers. “Those aren’t values of the current musical climate as much ─ unless you’ve gone up in the Beach Boys days where you had a father who was a task master who’d whip you if you sang your harmony out of tune [laughs]. For most musicians, we have to learn over 20 years of playing live in order to really be able to do that properly.”

“We have a strict no whipping policy as a band, so we don’t worry about that as much,” Radnor quips.

Amongst the album’s most evocative, “Good Enough” confronts past, perhaps harmful, bravado and pulls the listener close for a long-awaited confession. “Used to wanna be great / Wanna be grand / Tried and proven, more than human / Superman,” sings Radnor. It’s thorny and weighted, but there’s a tremendous amount of vulnerability, too.

“The temptation lessens considerably. That’s someone trying to be honest with another person in a really intimate way. It’s almost an amends making,” he says. “I love the recording we got of this song. We were playing it higher. Justin said, ‘Knock it down a bit.’ So, Ben lowered it. There’s much more vulnerability. I had never sung it down that low, and it changed the whole quality of the song.”

Radnor’s more jagged lead contrasts against the song’s angelic bliss, a take which embodies their sensibilities but mostly a willingness to embrace imperfections. “No amount of perfection is going to create magic. There’s obviously a skill set. You have to learn the parts. Often, the take you end up loving has errors in it,” explains Lee. “It has looseness. That is a lesson you learn in life, as well as in making records. There’s kind of not a whole lot of point trying to be perfect. It’s not ultimately what’s interesting about humanity.”

“The Thing About Grief,” a bite-sized one-minute wallop, splits the record in two. ““We saw it as a little parlor song that is almost like an intermission song,” says Radnor of the track, wobbling between “acidic lyrics” and a “peppier” arrangement to extend the lyrical tension about death and recovery. “I feel so misshapen / I hope I’m mistaken / So sorrow is writing these verses,” their voices ping across tinny piano keys.

When the final song comes around, Radnor & Lee have taken you on quite a world-worn journey, and so they take a second to let you catch your breath. “Are you weary from the storm / Come inside and kick your shoes / Off by the door,” they invite you inside with warmth, compassion, and a glass of water.

Later, the duo examines the price of living these days. “We understand the need to hide / When it costs so much to stay alive,” their sharp tongues lap over earthy acoustics. Brokenness is the conduit for self-reflection, enlightenment, and redemption.

“It’s the cost of courage, persistence, and tenacity. These things don’t come for free. It requires a massive amount of courage for people to get up in the morning and be engaged with their families or jobs,” Lee contemplates.

“I had this friend who was one of the most philosophical minds I ever knew. I said to him once, ‘Don’t you think that’s a bit neurotic?’ He was like, ‘We’re on a rock hurtling through space. What’s not to be neurotic about?’ This is a profound idea, that in a way existential angst is the most natural source. That is the state we all should be in, logically. We’re all waging these wars against infinity as we try to have a meaningful life. We’re all equally lost and being courageous by showing up.”

Radnor chimes in: “There’s a completely literal interpretation, too ─ it costs a lot of money to stay alive. It costs a lot in the way we’re living right now. Psychologically, economically, spiritually, it’s tough to be here. In some ways, I don’t trust artistic voices that don’t honor the toughness and the struggle. It has to be stated up front that it’s tough.”

Golden State skirts between inescapable devastation and playful optimism, and releasing mid-pandemic has even changed meanings and contexts for many of the songs. “It’s really tough at the moment. Whatever world we imagined making this album in, it’s a different world now. I generally release some of those expectations,” says Lee. “I find it incredibly meaningful when people say music has touched them. Trying to anticipate that is a little fruitless. I think some of these atmospheres on this album actually have a different meaning and new context now. I don’t fully understand what those are.”

Determined to enjoy this life and the world, as best they can, Radnor & Lee make only one demand: to show up and see what happens. 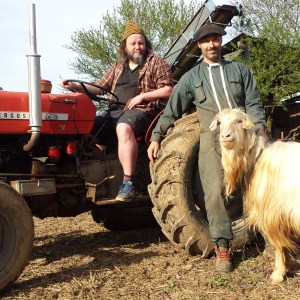 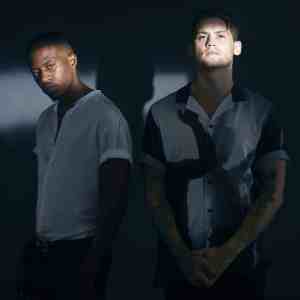