Sometimes it can be difficult to figure out what the actual title of a song is, especially if the title never even appears in the lyrics. For example, the words to songs like “A Day in the Life” by the Beatles or Jack White’s “Ice Station Zebra” don’t include the title. Conversely, there are songs that leave no doubt at all about what the title is because it’s front and center, even opens the song, like Amy Grant’s “Baby Baby” or “Desperado” by the Eagles.

Then there’s “Trouble,” the title track of Ray LaMontagne’s 2004 debut album. There can be little doubt about what the song is called, as LaMontagne not only opens with the one-word title, but sings it over and over:

Some calculating artists or writers might do this on purpose to immediately make sure the listener knows what the title is (not that there’s anything wrong with that). But that doesn’t sound like something the unconventional LaMontagne would do, with this song or with any other song he’s ever written. During a Reddit “Ask Me Anything” session in 2014, LaMontagne was asked what led him to write “Trouble.”

“Inspiration for ‘Trouble’ was really more an exercise in the writing process,” he said. “I was trying to emulate early ‘60s soul songs that were very simple in structure, simple and direct in the lyric, but somehow they’re really effective. Even though if you take them apart, there’s not a lot of parts, there’s something so effective. They seem to last forever. I was trying to write one of those kind of songs.”

At its core, this really could be a blues song. It doesn’t come in a 12-bar form or sound like the blues per se, but the subject matter and the story elements — trouble, more trouble, worry, and being dogged by despair until a loving female savior comes along — could just as easily have come from the pen of Willie Dixon or Stevie Ray Vaughan.

“Trouble” wasn’t embraced by radio back when AAA stations weren’t yet well-established as outlets for artists like LaMontagne. But personal appearances and word of mouth about this unique-sounding new singer, and the placement of “Trouble” in the episodes of several television shows, helped the sales of his first album, which eventually went gold in the U.S. and platinum in Britain (though sales standards of the BPI, the British Phonographic Industry, are different). Over the past 15 years, thanks to a trend started during the Miami Vice years, his songs have now seen dozens of television placements. And “Trouble” got legs one more time when it was used for something that was once pooh-poohed as “selling out” by many artists — its very tasteful use in a major TV ad campaign for Travelers Insurance.

LaMontagne will be going on tour this fall accompanied by Carl Broemel from My Morning Jacket, and he may or may not perform “Trouble,” since he’s now got plenty of material to choose from, having recorded six more albums since then. 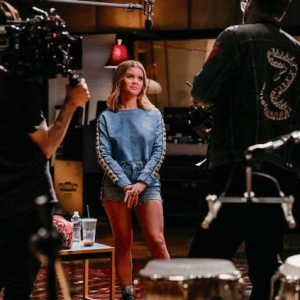 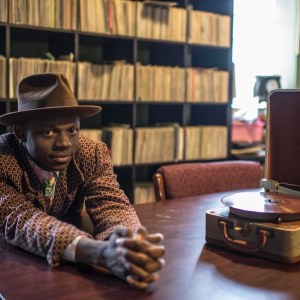