Back in the early days of the American folk music revival in America, spontaneous moments of influence and inspiration were common. Singer-songwriters gathered in venues like the Bitter End and Gerdes’s Folk City in NYC, The Earl of Old Town in Chicago, and elsewhere. They came for the chance to appear with established veterans, now-legendary figures such as Dave Van Ronk or Ramblin’ Jack Elliot, both of whom had a big impact on a young Bob Dylan.

That spirit was alive at the Coffee Gallery Backstage in Altadena, California when living legend Eric Andersen took the stage. Nestled in the foothills of the San Gabriel mountains, the Coffee Gallery Backstage has been one of the places in Los Angeles that has perpetuated this spirit and has lent bountiful sustenance for local singer-songwriters for over 20 years. It’s also been one of those trusty places where lovers of folk music both traditional and contemporary can go, knowing they will hear some of the best purveyors of this music.

When Andersen took the stage this night, he brought that tradition which helped to propel him to international fame over five decades ago. Starting out, he’d often be joined on stage by Bob Dylan or Tom Paxton. On this night, to bring home the sense of renaissance and reunion, he was joined on violin by the legendary musician of Dylan’s historic 1975 Rolling Thunder Revue and his Desire album, Scarlet Rivera.

Joining Andersen and Rivera on this night was New England extraordinary multi-instrumentalist and singer-songwriter, Eric Lee, as well as the outstanding percussionist, JAGODA.

Andersen, who remains a legend who shaped the age of the singer-songwriter movement in the 60s and 70s, could have easily dominated the stage time. Rather, in the casual and familiar artist community of this venue and other folk hubs, he generously shared the stage with Rivera, who is also an extraordinary songwriter, and Lee. He also brought on local singer-songwriter and Dylan influenced singer-songwriter Henry Chao.

When Andersen launched into beloved classics like “Written on a Box Car Wall,” “Sheila,” and “Wind and Sand,” he evoked the delicate artistry of songwriter-singers who have captured the genuine essence of our time as vividly as great photographers or painters. Whether his subjects were forlorn lovers, haiku moments in the haunt of nature, or tributes to past philosophers, poets and visionaries, he always translated these richly detailed portraits into timelessly universal songs. That the scope of his life and art are now a living part of folk music history, he doesn’t live in the part, continuing to create new work while mostly existing beyond the radar of musical trends and popularity. But this should change significantly with the release of a new documentary, The Songpoet, by filmmaker and songwriter, Paul Lamont, which will go a long way in establishing forever the impact of his legacy. This shift has been bolstered by famous friends such as Dylan and Joni Mitchell, both of whom have championed Andersen for decades, earning him the designation of “songwriter’s songwriter.”

Following his formidable footsteps, his accompanist Eric Lee has been making waves as a solo artist in the Americana music movement. When singing his stunning Carter Family-influenced original, “Help My Neighbor On,” so sincere was his gospel-tinged delivery that he reminded one and all how important and infectious such music is as an antidote is to the Trumpian times we live in today.

Scarlet Rivera’s career renaissance is ongoing, beautifully blossoming in her new EP, All of Me. A highlight of that record, performed on this night, “Lady Liberty,” resounded with urgency that fascism in America, which Woody Guthrie combatted in song decades earlier, is still alive and on the rise here and abroad.

She also mined other fertile Woody territory in her song “The Dust Bowl.” A potent song which is upbeat, it connects us to the past while rooted in the uncertainty of these modern times. Like Woody’s anthems of that age, while it doesn’t distort the real challenges of our lives, it is ultimately hopeful. It demonstrated her skill as a serious singer-songwriter, and the dynamic, signature violin playing that helped define the spirit of Dylan’s Desire and subsequent Rolling Thunder Review.

The surprise of the evening was Andersen’s invitation of a young local talent named Henry Zhao. A student at USC, singer-songwriter Zhao has immersed himself in early acoustic Bob Dylan complete with a Martin guitar, harmonica-on-a-holder, as well as a distinctively original songwriting spirit. Also evoking Woody Guthrie and early Woody-inspired Dylan, was his “Talking Dig-a-Moat Blues.” Both funny and pointed, as are the best folk songs, it spelled out the dynamics of today’s immigration controversy with a biting sense of good-natured satire, a cousin in content and delivery to Dylan’s biting but funny “Talkin’ World War 111 Blues.”

The circle was completed at the show’s conclusion, when all the musicians joined on one of Andersen’s most beautiful songs, the classic “Thirsty Boots.” That his grandiose torch had been passed on to a future generation was evident, heralded by plenty of candles lit on this night in Altadena. It went a long way, as American folk music has done before, in bringing the light of hope to a dark time in American history. But that’s always been the job of the singer-songwriters, who have never stopped shedding light into the darkest corners of our times, even when their voices were kept quiet. Andersen and company succeeded in lifting our hearts and calling to mind the place where the singer-songwriter movement started and where it’s headed still. 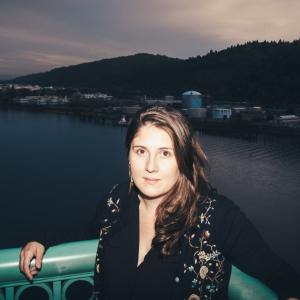 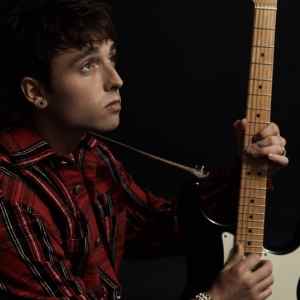