Gruff Rhys is a committed pop provocateur. Given the essential role he played with the Welsh supergroup Super Furry Animals—a band noted for its adventurous fusion of psychedelia and experimentation—it was only natural that his solo ventures would continue the intriguing trajectory that’s been the band’s calling card throughout the course of its career. With the Furrys on hiatus for well over a decade, Rhys has had plenty of opportunity to pursue his own ambitions, breaking new boundaries and veering away from any predetermined confines. As a result, he’s taken opportunities to record in Welsh (following the initiative the Furrys offered up on their 2000 album Mwmg), dabble in film scores, create video game soundtracks, share in electronica experimentation and delve into the occasional collaboration. All hint at the fact that Rhys was an artist unafraid of staking out new terrain without regard to commercial confines.

With Seeking New Gods Rhys again makes good on his ambitious intents, having chosen a title that suggests he’s continuing his quest. Based on a fascination with Mount Paektu, an active East Asian volcano, he expanded the premise to become more about mythology and its impact on a kind of existential existence. It’s not exactly the easiest concept to comprehend, but the music offers an accessible additive that generally negates any hint of a sobering sentiment. The opening trio of tunes—“Mausoleum of my Former Self,” “Can’t Carry On” and “Loan Your Loneliness”—are, despite their somewhat downcast titles, one continuous romp, an upbeat and effusive way to bring listeners in and ensure that they stay. Even when the pacing is momentarily slowed with the title track, the lush harmonies and engaging embrace ensure an ongoing emotional attachment.

There are any number of retro references found within as well. “Hiking in Lightning” boasts a start-stop refrain that brings to mind the Who’s “Pictures of Lily” while the billowy harmonies found in such songs as “The Keep” and “Holiest of the Holy Man” bring to mind the Beach Boys in all their gilded glory. The end result is a festive power pop brew, a combination that mines instinct and intelligence. It’s fair to say then that Seeking New Gods is indeed a truly divine experience. 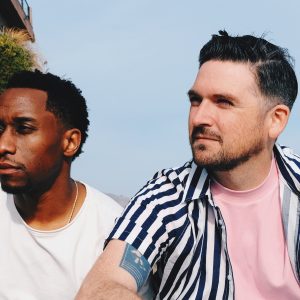 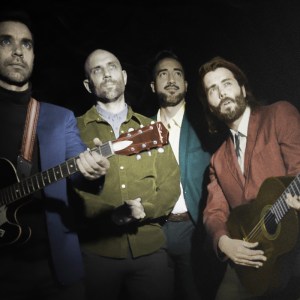