It’s tempting to think of Whispers and Sighs, the final album offering from the late singer and songwriter David Olney as a requiem of sorts, given that its songs are draped in reflection while touching on topics surveying a broad range of circumspect and suggestion. Always an emotive artist, Olney further affirms his lingering legacy through this powerful posthumous offering, the first recorded work released in the wake of his sudden passing in January of last year. While the tragedy of that loss will continue to haunt those fans and friends he left behind, there’s a certain consolation conveyed in the album’s intimacy and eloquence. Indeed, the songs explore the depth and desire of the human soul in ways only Olney himself appeared capable of conveying. As a result, Whispers and Sighs boasts an elusive aura that’s implied by its title, imbedded in a set of songs that are both alluring and introspective all at the same time.

In this case, Olney wasn’t working alone. He partnered with a young Eastern European songwriter, Anana Kaye, as well as the equally capable guitarist and arranger Irakli Gabriel, and it’s due in part to their combined contributions that this work is realized as the truly affecting effort it is. The music brings with it a certain mystique, as well as a sense of illumination in otherwise dark corners where light isn’t easily found. While songs such as “My Favorite Goodbye” and “The World We Used To Now” clearly seem prophetic in light of Olney’s unexpected passing, there’s a reassurance found in lyrics that offer wisdom and recompense. I don’t want you to worry, I don’t want you to cry, Olney sings somewhat somberly in the latter over an elegiac arrangement. I want you to know I wish I could fly over mountains and rivers and deep-frozen valleys and the hills that are covered with snow. I call back the years, I call back the memories.

The image of a free spirit soaring like a protective persona pervades that particular piece overall, but given the reassuring vocals Kaye shares on the beautiful ballads “Tennessee Moon,” the tellingly-titled “My Last Dream of You” and “Why Can’t We Get This Right,” that sense of sobriety and circumspect is fully shared in equal measure throughout. Even upbeat songs like the rousing “Lie To Me, Angel” and the emphatic Stones-like “Last Days of Rome” give emphasis to those shared sentiments. So too, the brief violin interludes “The Station” and “Sideview” add to the atmosphere and ambiance that pervades the effort overall, from the gypsy-like melody found in “Thank You Note” to the somewhat subdued “Behind Your Smile.”

Given the tragic circumstance that shadows this bittersweet set of songs, it’s difficult to separate the material from the loss that preceded it. Every track seems to touch on it in some way or another, although it was hardly intentional. Still, it’s a haunting encounter regardless, and one which resonates as well. A fine send-off to an artist who will always be sorely missed, Whispers and Sighs shares its strengths clearly and distinctly. 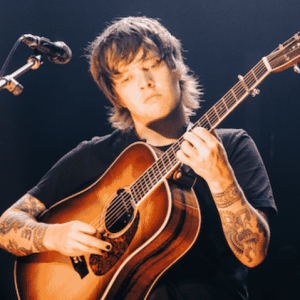 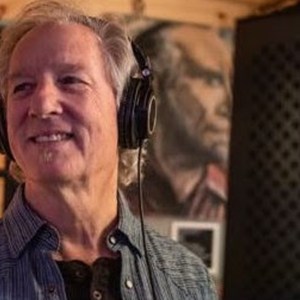