The release of Roberta Flack’s First Take in 1969 put her in rare company;solo artists who arrived fully formed on their initial albums. Superstars ranging from Aretha Franklin and Stevie Wonder to David Bowie and Elton John can’t claim to have accomplished the same thing, even if their fame ultimately overtook Flack’s.

Roberta Flack was already an accomplished, trained pianist and riveting, soulful singer who could shift from a hushed whisper to a searing crescendo in moments. But she also creatively rearranged songs by others, infusing them with jazz, blues, gospel and R&B, often making them better, or at least more affecting, than the originals. That said, it took a few years after its release for Flack to be lauded for the brilliance of her debut. It was thanks to Clint Eastwood, a jazz fan, who used an edited version of her “The First Time Ever I Saw Your Face” in a key scene of his movie Play Misty for Me. That provided Flack with a belated Grammy for Record of the Year in 1973, a full four years after its release.

It also shone a light on the dazzling beauty of First Take. The album’s eight selections were amazingly tracked in just 10 hours. Some sweetening in the form of restrained strings and horns was added, but Flack’s stripped down, acoustic jazz backing of guitar, drums and bass were all she needed to support her exquisite voice and sympathetic but never syrupy piano work. Seven of the tracks were ballads with Flack breathing warm soul into Leonard Cohen’s “Hey, That’s No Way to Say Goodbye” and going Nina Simone on the touching “Ballad of the Sad Young Men.” She brings a sweet, subtle jazz reading to the gospel traditional “I Told Jesus” and introduces two wonderful new pieces written by a then unknown college friend, Donny Hathaway.

What’s remarkable is how focused, confident and comfortable she is as a musician at this opening stage of her recording career, albeit one that started a bit late at 32. Flack’s stunning voice sparkles in its clarity, her jazz-tinged piano playing shows just how gifted she is on the instrument and even with the low key program, there is no doubt that this is a major talent who has already found her voice before entering a studio. Disc one of this deluxe double package adds two single edits and the previously unreleased “Trade Winds,” (a B-side that only appeared in a remixed version on a hits collection) to the original eight cuts.

Disc two collects one live performance and a dozen demos recorded in 1968. They show Flack’s eclectic nature by shifting from the pure jazz of a sprightly nine minute “Afro Blue” (allowing her piano and the sparse band of stand-up bass and drums to unwind at their own pace) to show tunes, a Motown cover (“Ain’t No Mountain High Enough), American songbook items such as “This Could be the Start of Something” and a soft noir blues interpretation of the classic “Nobody Knows You When You’re Down and Out.” The audio mix is a little rough—these were demos—but absolutely listenable.  Flack’s gifts are obvious both in her phrasing and how she deconstructs pop songs like “To Sir With Love,” recreating them in her own image.

For better or worse, Flack shifted to a smoother, more commercial “quiet storm” soul approach as the years progressed, leaving most of the jazz and blues from this era in her career behind. But her gifts are timeless.

Anyone not acquainted with this iridescent album will quickly be floored by Flack’s maturity, control and professionalism on her earliest recorded material. It sounds as fresh, moving and inspired today as it did five decades ago. 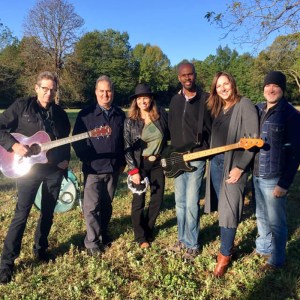 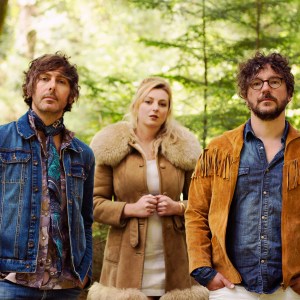