If you have the chance to see Columbus, Ohio-based folk-rock troupe Saintseneca, do it. Comprised of five enviably talented instrumentalists, the band puts on a fun and seamless live show with a post-punk edge, full of rich harmonies they nail every time. We chat with singer, songwriter and multi-instrumentalist Zac Little about consciousness, musical serendipity and the importance of changing things up.

I deliberately eschew doing the same thing, so I play a lot of different instruments and employ a pretty broad spectrum of writing. Some people write the words first or come up with a riff and build on top of that, but for me, I try to deprive myself of the things I feel comfortable doing. The convention is to put myself in a position where I feel excited about the prospect of finding something right then, not that I’ll necessarily write the song in that instance, but that feeling of imminence, that something is revealing itself to me and I need to do whatever is necessary to make that happen, whether it’s taking a walk, playing a new instrument, reading something I’m not familiar with or rewriting something I’ve written in the past.

So once you have that idea, do you generally flesh it out yourself or take it to the band to have everyone contribute?

That’s relative to the song. The band has been a lot of different things over time. On the new record, it was kind of a hybrid of those things. When I was working on the demos, I was writing some kind of skeletal thing, fleshing it out with sometimes like 100 tracks, giving that to the band and letting them change it, then playing it live and finally taking it to the studio.

Since I was probably 6-years-old or something. I feel like I’ve always had that impulse. I didn’t have any form for that to manifest, really, until I was a teenager and started playing guitar, but I always wrote songs.

I remember the early ones, yeah. The first was probably the kind of song a 6th grader would write, about, like, a toad and a log. There’s probably a toilet in there somewhere.

As boring as it sounds, my be-all, end-all favorite is The Beatles. A lot of people fetishize that band and the people in it, but I think the thing that’s so exciting to me about them is that they represent a serendipitous culmination of people that transcends any individual. I think what they made as a band is more interesting and more important than anything they did by themselves.

I would co-write with the people I surround myself with, like my bandmates and other musicians I’ve met that I find inspiring. That’s the real special thing, that odd sort of constellation coming into place, and I think that’s something that’s not to be taken for granted. It’s special to be in the presence of the people you’re around, and it’s important to recognize that.

You’ve had several lineup changes over the years. How much influence did the current band have on your latest album?

They were a huge part of it. Even the parts I wrote in the beginning, when I put together the songs and demoed everything, I wrote with them in mind. Our first album was supposed to be sort of a live documentation of the band at that time because we knew it wasn’t going to last. Dark Ark, the record we made before this one, was an album we made because that band kind of fell apart. After we put that out, I think the live group kind of crystalized a little more. Once I got into the studio, I started thinking about them as specific people when I was writing the parts, so it kind of shaped the way everything came together.

Which of your songs do you think fans have connected to the most?

It depends on each record. It’s hard to say, too, because some are newer than others and some have a longer legacy with people. There are certain songs that were super important to people eight years ago, but things change. I think a surprising one for me from the new record has been a song called “How Many Blankets Are In The World,” which was one that I wasn’t even going to necessarily put on the record. I first played it at a solo show. I had worked tirelessly on all the other songs, and then there was one that was sort of spontaneously cobbled together for the show, and of all the songs, that was the one that people responded to, which was sort of ironic I guess. So on the record it’s kind of been the same thing. People gravitated towards it.

What do you think has been your proudest moment as a songwriter so far?

I really just enjoy recording and being in the studio and things like that, so I think the experiences we’ve had – being able to take time when we record – has felt like the apex of achievement.

I think it very well may be “And Your Bird Can Sing” by The Beatles. I feel like you can hear four distinct musical voices on the song, whether they’re singing or not, becoming one voice. And it’s a deep cut. When it came out, it wasn’t a single or a hit song or anything – not that I even care about that, because hit songs are interesting in that they’re able to tap into the popular consciousness of a moment, and I respect that. But despite the fact that it didn’t necessarily play into the sensibilities of the people who might have been in charge of those dynamics at the time, it continued to resonate with people in a powerful way and perpetuate itself throughout time. 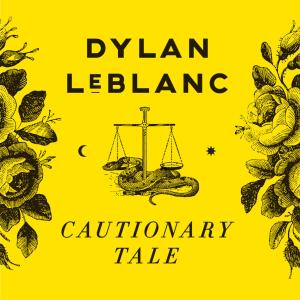 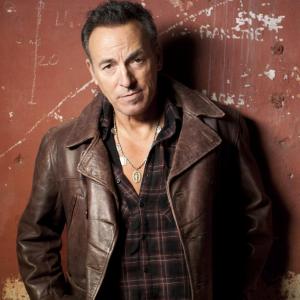