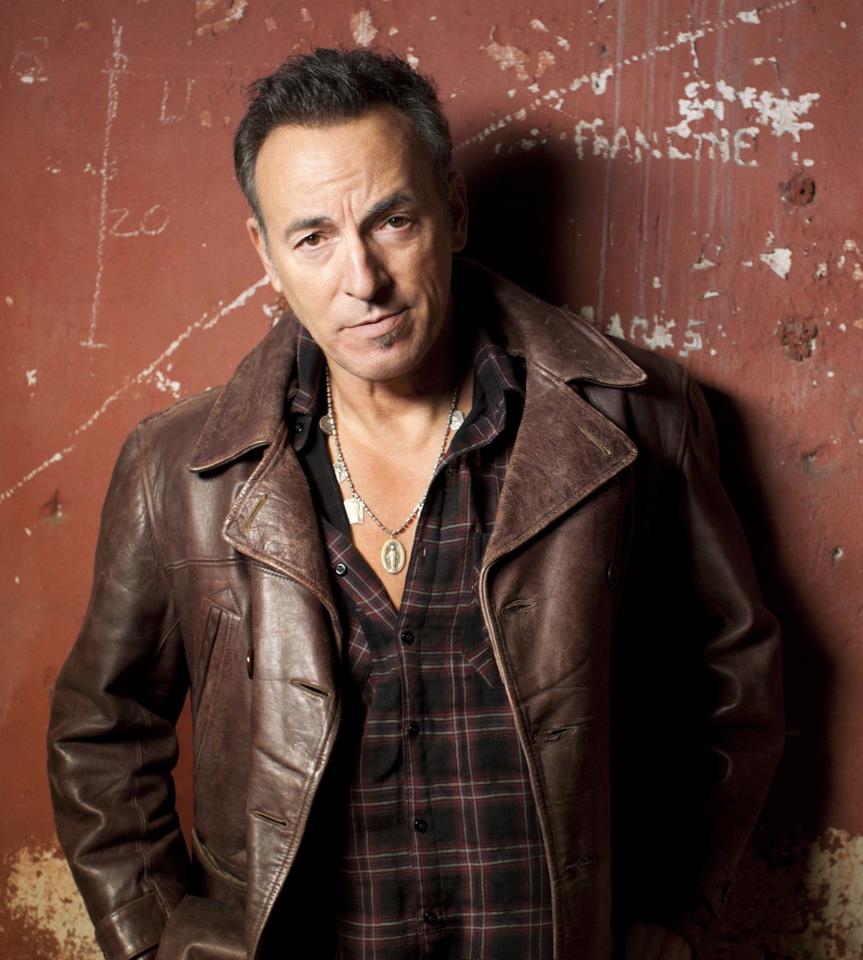 Bruce Springsteen & the E Street Band have been performing together, off and on, for nearly 45 years. And it’s entirely possible that no one has ever exited a single one of those performances uttering the words, “Man, that show sucked.”

Bruce and the band simply aren’t capable of delivering a show that sucks. Phoning it in is not in their lexicon; proving it all night is their operating philosophy.

But The River 2016 tour opener Saturday night at Pittsburgh’s Consol Energy Center — close to where the city’s three rivers meet — left even longtime fans in a state of adjective deprivation; it was as if they’d unanimously lost the ability to convey any description besides “incredible.”

That reaction wasn’t just because most had never heard Springsteen’s 1980 double album, his first to reach No. 1, performed in its entirety. (Until this tour, for its deluxe-box re-release, that happened only once, in 2009). It was because, on this particular night, the connection between audience and performers was immediate, and grew even stronger as the 3-hour and 22-minute show progressed. But it also had to do with hearing one of the world’s best songwriters express what he sought to achieve with this sweeping song cycle, then illustrate exactly how well he’d pulled it off.

“Pittsburgh, we’re here to rock you. Tonight, we’re gonna take you to The River,” Springsteen announced. Then, in Pentacostal preacher mode, he shouted, “I wanna know, are you ready to be transformed?”

He asked twice more before declaring, “Let’s go!” and jumping into “Meet Me in the City,” an album outtake. Then he explained, “The River was the record where I was trying to figure out where I fit in.” As he’d noticed more about “the ties that bind,” he felt a longing for connections in his own life. “I wanted to make a record that was big enough so it felt like life, or like an E Street Band show,” he added. “I wanted the record to contain fun, dancing, jokes, good comradeship, love, faith, sex, lonely nights and of course, tears. And I figured if I could make a record that was big enough to contain all those things, maybe I’d get a little closer to the home I was searching for.”

The band powered exuberantly through “The Ties that Bind,” “Sherry Darling,” “Jackson Cage” and “Two Hearts” (with Bruce and guitarist Little Steven Van Zandt throwing in their best Marvin Gaye/Kim Weston harmonies on a chorus of “It Takes Two”).

Before “Independence Day,” one of the album’s focal points, Springsteen mentioned how shocking it is for children to learn what compromises their parents had made, what they’d given up, to raise families, and how scary it was for him to face the notion that he’d one day have to as well. “All I could see was the world that they seemed locked into, and all I could feel was the desire to escape that world,” he said. “So I had a simple setting for the song. It was just a late-night conversation between two people struggling to understand each other.”

With acoustic guitars strumming softly, pianist Roy Bittan’s tinkling piano segued into Charles Giordano’s organ and drummer Max Weinberg’s taps before Jake Clemons took a pretty sax solo. The audience wasn’t quite ready for a ballad, however, so they were thrilled when the indelible opening notes of “Hungry Heart” hit their ears. They took the entire first verse and chorus before Bruce sang the second. Clemons, who’s come fully into his own as the successor (not replacement) for his late uncle Clarence, played the song out with a fluid solo, one of several that suggests his strong David Sanborn influence. Bruce, meanwhile, crowd-surfed from a runway back to the stage. At 66, he might not be leaping off pianos or sliding on his knees, but that maneuver belies any suggestion that AARP membership means “old.”

With Ramones-like speed, the band powered through one song after another, Bruce throwing in occasional hammy dance moves (wrist snaps, elbow flaps) or shouting, after “You Can Look (But You Better Not Touch),” “Are we havin’ fun yet?”

He slowed down again with “I Wanna Marry You,” on which Van Zandt sang counterpoint to Springsteen’s sweet melody; Soozee Tyrell, Patti Scialfa and Nils Lofgren provided backing vocals and acoustic guitars while the keyboardists added detail. (Unflappable bassist Gary Tallent, as usual, played subtly in the background.) The Spanish-influenced song showcased Springsteen’s incredibly fine voice, which actually seems to improve with age.

The audience chose to sing along again on the gorgeously elegant title song, breaking only when Bruce slipped into the plaintive harmonica solo and the wordless, elegiac falsetto, giving him a rare moment of pindrop silence.

For “Point Blank,” the final movement of the album’s dramatic centerpiece triad, soft red light spilled over the keyboardists while the rest of the stage remained dark at first. As he unwrapped the narrative — a story of devastating sadness — Springsteen wrapped himself in it, eyes closed in reverie. No one in the audience sang along. The moment was that mesmerizing.

It didn’t last long, however. The master of momentum jumped into “Cadillac Ranch” and Van Zandt’s favorite, “Fade Away,” As they sang, “I don’t want to fade away,” fans made it clear they have no intention of allowing it.

Back and forth it went, through “Ramrod” to “Wreck on the Highway.” The recital reinforced just what a feat it was to craft an album of such cohesion after turning out, then rejecting, the original single version.

During “Highway,” Springsteen said, “One of the things I was writing about on The River was time. A friend of mine was sitting around last night and he said time catches up to us all. You’ve got a limited amount of time to do your work and take care of your family and try to do something good.”

And then the song faded out.

It was not, however, the end of the show, by a longshot. “Badlands,” “Wrecking Ball,” “Backstreets” — on which he gave a short, but searing guitar solo — and “Because the Night” followed. On that one, Lofgren peeled off his own solo, spinning on one foot while propelling himself with the other in a bit of showmanship to rival the Boss’s. It earned him wild cheers.

They played an inspirational “The Rising” and the beloved sing-along “Thunder Road,” with Tyrell’s violin solo, before taking a bow at 10:40 p.m., Springsteen’s voice just starting to show wear.

Still, they came right back, and he talked about taking a Greyhound bus to Philadelphia in 1973 to visit David Bowie as he recorded Young Americans. Bowie had already recorded two of Springsteen’s songs, and wanted to meet him.

“He was a big supporter of ours … we’re thinking of him,” he said. The band covered “Rebel Rebel” in tribute.

The signs came out for “Dancing in the Dark,” during which Clemons took a strolling solo and even started pogoing up and down. Then he did a few moonwalk/pop-and-lock moves, and — in what may have been his first-ever such display — Springsteen followed suit.

And they still weren’t done. A raucous-as-ever “Born to Run” — house lights up, of course — was followed by his teasing, “Don’t you have to get up for church tomorrow?” But who would consider leaving when the band is in “Rosalita” mode? Van Zandt wound up howling like Wolfman Jack into the mic he shared with Bruce on that one, then the Boss — not even showing a sweat — yelled “E! E flat!”

Revving up the crowd like only he can, he screamed, “You got nothing left, Pittsburgh!” Five times, he said the city’s name, and five times, the audience answered, “Br-u-u-u-c-e!”

They got their big finish: “Shout,” which included a plug for the city’s Rainbow Kitchen food bank, one of the first the band partnered with on the 1984 Born in the U.S.A. tour, before Springsteen’s his now-patented huckster routine.

The incredible E Street Band. And their one and only Boss. Who must never, ever fade away.

Set List
Meet Me in the City
The Ties That Bind
Sherry Darling
Jackson Cage
Two Hearts
Independence Day
Hungry Heart
Out In The Street
Crush On You
You Can Look (But You Better Not Touch)
I Wanna Marry You
The River
Point Blank
Cadillac Ranch
I’m A Rocker
Fade Away
Stolen Car
Ramrod
The Price You Pay
Drive All Night
Wreck On The Highway
Badlands
Wrecking Ball
Backstreets
Because the Night
The Rising
Thunder Road
Encore:
Rebel Rebel
Bobby Jean
Dancing in the Dark
Born to Run
Rosalita (Come Out Tonight)
Shout 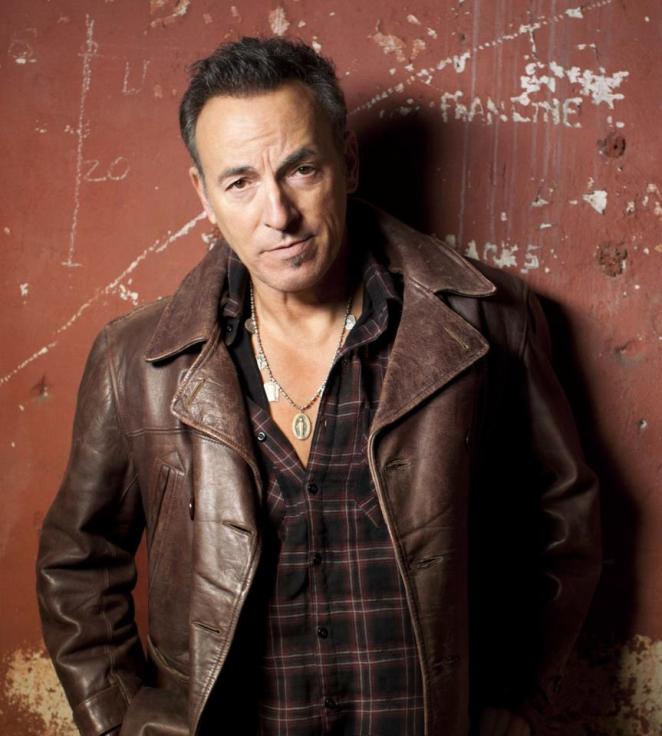 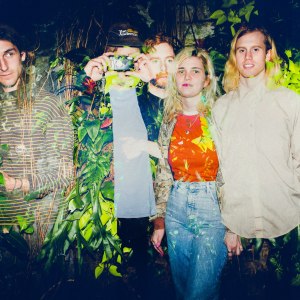 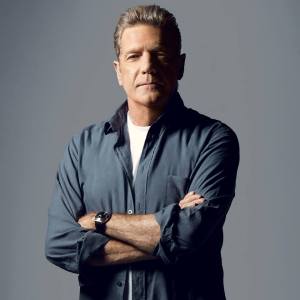