“My favorite rock & roll is the stuff that has groove to it…funky, layered rock…” proclaims Texas-bred country rocker Sam Morrow in the notes previewing his fourth and toughest release. If that sounds like what Little Feat was doing for the majority of their career, it’s no coincidence.

Morrow goes all in on the slinky, funk-infused, syncopated style that made Feat such a unique and ultimately legendary act. Add a little swamp rocking Lynyrd Skynyrd to the mix for another step away from the dark, introspective, largely acoustic folk the singer/songwriter started with but now mostly leaves behind.  The connection is further reinforced because his vocals reflect a combination of the gruffer ends of both Lowell George and Ronnie Van Zant.

Morrow had been heading in this direction on 2018’s Concrete and Mud, but jumps in with both feet here. It’s also telling that the personnel listing shows drummer Matt Tecu second only to frontman Morrow. That’s because this album was constructed when Tecu sent Morrow a series of drum beats that the latter, with assistance from co-producer Eric Corne, turned into songs.

The Little Feat connection is immediately apparent on opening “Rosarita” that sounds so much like the Lowell George led band, it seems like Morrow grabbed an unused instrumental Feat track and added his voice over it. There’s slicing slide guitar, simmering beats and Morrow even sings “Sailing shoes strapped tight, long as my tooth’s still sweet,” clearly referencing one of Little Feat’s biggest hits.

While Morrow can’t approach the lyrical wit and sly humor evident in George’s tunes such as “Rock and Roll Doctor,” “Spanish Moon” or “Rocket in My Pocket,” there is plenty of grease flowing through these nine tracks. Slower entries like “Sit Crooked, Talk Straight,” that lyrically references The Band, Tom Waits and Waylon Jennings, find a creeping vibe as Morrow rails against phony people with “Don’t waste my time if you don’t got something to say.” While “Wicked Woman” isn’t going to win Morrow any creative writing awards (“She’s my wicked woman/She’s dancin’ in the flames/I can’t look, I can’t look away”) it, like the rest of these selections, gets by on gutsy, tight, sinewy rhythms that burst out of the speakers with more taut muscle than most of what Morrow has previously released.

Only the closing, solo acoustic guitar strumming “I Think I’ll Just Die Here” refers back to Morrow’s earlier music. It’s the odd musical inclusion which finds the singer lamenting “I’m tired of all you grifters/Pushing your elixirs/I’ll drink my Kool Aid and proudly decay”

Sam Morrow has successfully tapped into that “funky, layered rock” that has obviously inspired him to take his music in a new direction. He’s committed and inspired throughout Gettin’ By on Gettin’ Down and just because others have gotten there first doesn’t make it any less an enjoyable experience. 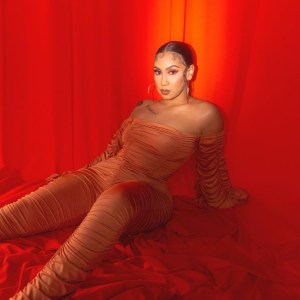 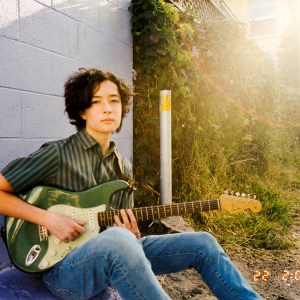