San Francisco singer-songwriter, multi-instrumentalist, and music therapist Scott Garred—best known for his previous projects Silver Scooter and Super XX Man—released his third solo album, Scott Songs Vol. II, a few months ago, and now he’s back with a new video for the standout track and album closer “He Was Gone,” premiering below.

Like much of the fare on Scott Songs Vol. II, “He Was Gone” is a radical experiment in empathy that takes the form of a warm, acoustic folk number. The track may center Garred’s songwriting, but it’s not autobiographical. Rather, “it’s about a man that just disappears,” Garred tells American Songwriter. “Maybe he took his own life. Maybe he just got lost. That doesn’t matter as much. What matters to me is he struggled and nobody checked in with him along the way.”

Other songs of the record find Garred urging compassion and connection as he strives to inhabit the minds of addicts and abusers, loners and lepers. But “He Was Gone” contains a call to action that feels like the crux of the entire project: “Only way to change it / is to dive into the pain,” Garred pleads over layered guitar parts, “reach out for that person / make them safe in their skin / make it real.”

Garred spoke to American Songwriter about his latest record, his collaboration with fellow San Francisco musician Kelly Atkins (of Kitka and 20 Minute Loop), and how his music therapy practice has evolved during the pandemic. Check out the full interview and watch his new Marfa, Texas-themed music video—directed by Joe Salinas—below.

American Songwriter: When and where did you write and record your latest album, Scott Songs Vol. II? What are some themes or throughlines across the songs?

Scott Garred: I recorded the album in my home studio, a very modest blend of analog and digital equipment, some of which I’ve used for the past 20-plus years. I’m a dad, husband, and full-time music therapist, so carving out time to work and be creative is and always has been a huge obstacle. I usually have one day a week that I can devote several hours to working on all the aspects of recording that require minimum outside interference, e.g. cars driving by, planes over head, kitchen noises, etc… My goal for the record was to sing from perspectives not my own, including a mass shooter, a priest, a person living with dementia, artificial intelligence, and marginalized individuals.

AS: What’s the story or message behind “He Was Gone,” in particular? Why’d you want to end the record with this one?

SG: “He Was Gone” was not a song I was excited about after my wife said, ‘It sounds like a P.S.A.’ I thought at the time, ‘Oh, you’re right, it does sound kind of preachy.’ I had recorded two or three different takes of guitar and vocals together and set them aside for a while. But I kept coming back to it and had a feeling that it just might be the best song on the record. It has energy, a concise message, and a tragedy about life that I had to put on the record.

It’s about a man that just disappears. Maybe he took his own life. Maybe he just got lost. That doesn’t matter as much. What matters to me is he struggled and nobody checked in with him along the way. That to me is a consistent theme throughout the album. Looking out for each other just might keep someone from becoming a mass shooter, an abusive person, or someone that takes their own life.

AS: How’d the accompanying video come together?

SG: I had the idea of filming someone walking around with a poster of me that says, ‘Have you seen him?’ I was going to film it myself but I knew the results of that would be potentially amateurish. I recently reconnected with my friend Joe Salinas who has been working with Dinosaur Jr. (a band I love) and filming some skateboarding and other stuff I admire. I asked him to step in and take over and he came up with a simple and beautiful way to communicate loss, isolation, and gone-ness. He did it with a subtle touch of humor too. He told me the person eating the apple at the end is a big Silver Scooter fan.

AS: How’d you get connected to your Scott Songs Vol. II collaborator Kelly Atkins? And how’d she help shape the songs?

SG: We were introduced a few years ago by a mutual friend. Kelly and I talked off and on about doing something together but nothing ever happened. In the fall of 2019, I shared some early demos of the album with her and she cursed enthusiastically and immediately wanted to be involved. I was quite surprised by how she reacted to the songs. I was very flattered.

Once I had tracks that were fully realized, I would send them to her and she would sing in her home studio. It was apparent when I shared mixes of the results with her that she was doing way more than singing. She was practically yelling at me and directing me to push this aspect of a song or pull back on that aspect of the song. Her direction was making me fall in love with the songs in a new way. She said things like, ‘This part of the song should really be what’s going on inside the person’s head. These thoughts should be overwhelming the person.’ Her suggestions were perfect.

AS: What are some musical influences you register on the record?

SG: I honestly don’t know what specific artist influences I may have drawn from to get to where I am now. I will say that the lyrics were my main influence. Each song has a complete picture to it. My mission was to support the lyrics as best I could. I also wanted to create space around the lyrics and let the instrumental aspect of the songs grow and become something on their own. I’ve been studying a lot of jazz piano. I also play all the instruments, which is challenging to do because I may play a lot of instruments, but I don’t play a lot of instruments super well. I’ve always been a fan of DIY artists though. Maybe we need a new genre called “singer-producer-recording engineer-songwriter.”

AS: Have you continued to practice music therapy throughout the pandemic? If so, has that practice looked or felt any different than usual given everything going on in the world?

SG: I have continued to practice music therapy. I work three full days per week in a psychiatric hospital and that is largely unchanged. I wear some personal protective equipment, we try to social distance, and I have had to adjust what kind of instruments I can use, but it’s mostly the same work. There is still the give and take of energy that is important to me in my work.

My other group and day program work is with individuals living with serious cognitive and physical developmental issues. This work moved to teleconferencing, which has actually been quite amazing for some individuals. However, for me, it is exhausting in a way in-person therapy isn’t. I used to be able to help people play instruments, moving in and out of their personal space. This dynamic is gone. Now I’m working so hard to cross a great barrier: the computer.

Scott Sings Vol. II is out now. You can stream and purchase it here. 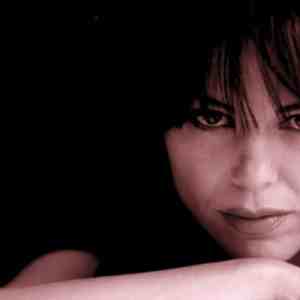 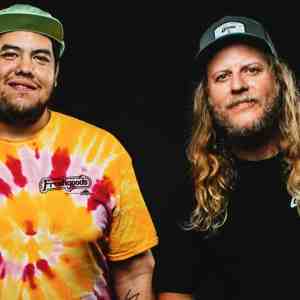