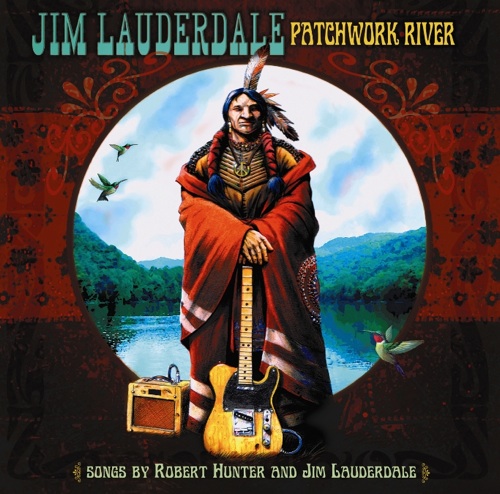 With almost twenty albums in as many years (on a slew of majors and indies) notched to his belt, multiple outings with Dr. Ralph Stanley and collaborations with bluegrass contemporaries, songs recorded by top country artists, plus a few Grammy nods to boot, Jim Lauderdale is a true American Renaissance man. For his latest, Patchwork River, Lauderdale teams up with Grateful Dead master lyricist Robert Hunter. It’s picking up where the two left off with 2004’s all-acoustic Headed For The Hills, recorded with the likes of Buddy Miller, Emmylou Harris, Gillian Welch and David Rawlings. (Hunter and Lauderdale first wrote together for 1999’s I Feel Like Singing Today, Lauderdale’s first collaboration with Dr. Stanley.)

In between then and now, Lauderdale says, he got sidetracked with a couple of bluegrass projects, plus an album written with “The Dream Players” (Elvis Presley and Gram Parsons alums like Al Perkins and James Burton) in mind, but working with Hunter was never far from his thoughts. After Headed For The Hills, “about six years went by and I went out and visited him and we started writing again,” Jim says of reuniting with Hunter a few years ago. The writing was done in between Lauderdale’s other engagements. “I went out [to California] on a New Year’s Eve a couple years ago… then last May I went back out and we finally finished the record. I really love writing with Robert. He’s pure genius.”

The album plays out like a “best of” both Lauderdale and Hunter’s worlds. “Alligator Alley” (see video below), with its playful hipster lyrics – “Get picked up by a girl named Alice/Says she’s driving clear to Dallas…She says what about your automobile/I say leave it for someone to steal” – would fit seamlessly into late-Dead repertoire. For “Tall Eyes,” Lauderdale serves Hunter’s longing lyric with a slow country lilt: “A thousand goodbyes can’t put it back/That don’t mean you can’t try.”

Patchwork River is catchy and crafty, and true to the Grateful Dead spirit, soaks in and gets better and wiser with each listen. Cameos by Patti Griffin and Dream’ers Perkins, Burton and Garry Tallent give the disc a polish that’s steeped more in Gram’s cosmic American vision than a contemporary Nashville sound. But, for the multi-talented Lauderdale, you get the feeling he’s fine in either world.

At MerleFest in Wilkesboro, North Carolina in April, 2010, American Songwriter sat down with Jim Lauderdale to discuss his new album. Below are two podcasts from the interview and two video performances from the session.

Jim Lauderdale performs “Alligator Alley” from his 2010 album Patchwork River, a collaboration with lyricist Robert Hunter. This song was recorded live at MerleFest in April, 2010.

Jim Lauderdale talks about co-writing with country songwriting legend Harlan Howard and plays an impromptu version of “You’ll Know When It’s Right” from his album The Other Sessions. 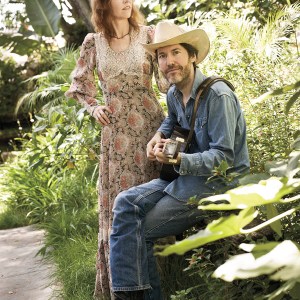