Let’s talk, for a second, about shovels and rope. As tools. You might regard shovels as a device for clearing driveways after snowstorms. And you might use rope to pull a sled, or rig up a tree swing in nicer weather.

But not so long ago, ropes in trees were also used for people to swing from. And shovels were handy for digging holes to lay them in. Permanently.

Yes, it’s kind of a creepy image on which to build a musical identity. But for Cary Ann Hearst and Michael Trent, the South Carolina duo who sometimes engage in the time-honored tradition of spinning such violent acts into epically dramatic murder ballads – whose songs, come to think of it, often address disaster, tragedy and human-caused mayhem – the name Shovels & Rope is fitting. Especially in a country where one can still find plenty of references to hangin’ trees.

But let’s not forget a loftier use for those tools: Rescue. As in shoveling or towing someone out when they get stuck. When you push yourself to musical edges as often as these two do, having a partner who can toss you a line – a melodic shift, a high or low harmony, an actual lyric – means everything, especially when there’s only two of you in the band. Having one another’s back takes on even more meaning when you’re also partners in life, as Hearst and Trent have been since they tied the knot in 2009. (“Getting married,” jokes Hearst, “was the easy part!”)

They even use a rope-ringed life preserver as the cover image on their new album, Swimmin’ Time, though it more likely evokes the aquatic theme flowing through many of the album’s 13 tracks. A theme, incidentally, that was not intentional. At first.

“We figured that out as we were going,” Trent says, sharing a speaker-phone with Hearst during a rare moment at their home on Johns Island, south of Charleston. “We realized we had a song about a submarine [the somber, haunting “Thresher”]. We had a song about all the rivers around where we live [“Stono River Blues’]. ‘Swimmin’ Time’ is definitely …”

“It defines the theme,” Hearst finishes. “By the time [the song] ‘Swimmin’ Time’ came out, we thought, ‘Well, clearly there’s a thread.’”

That’s exactly how Shovels & Rope was born as well. What started out for kicks and cash turned into such a potent, passionate marriage of their country, blues, rock, folk and twang-punk influences, they couldn’t ignore it – any more than they could ignore their attraction. They tell this story in “Birmingham,” on their 2012 Dualtone debut, O’ Be Joyful – which ranked third on American Songwriter’s Top 50 Albums of 2012 list. The song itself was No. 1 on 2012’s Top 50 Songs list. It also took Song of the Year at the Americana Music Association’s 2013 Americana Honors & Awards, where the couple was anointed Emerging Artist of the Year as well.

As “Birmingham” obliquely conveys, their respective threads unspool typically enough. Born in the Mississippi Delta, Hearst landed in Nashville at age 8. Her parents had divorced, and her mother (the song’s “Delta mama”) married a bluegrass-loving, mandolin-playing “Nickajack man” who taught his stepdaughters about singing and songwriting. Hearst grew up dabbling in bands with friends, including Dustin Welch, son of Kevin Welch. Steeped in classic country, she also had a hankering for musical bad boys like Iggy Pop. When she headed to college in Charleston, she packed her guitar, her formidable voice and her sugar-and-spice, charm-and-sass personality. She studied history, though her undeclared double-major was partying and music-making.

Inevitably, Hearst wound up onstage, and one night in Athens, Georgia., circa 2002 or ’03, her band, Borrowed Angels (after the Mel Street song),shared a bill with Trent’s band, The Films, which Hearst has described as “ a sexy nasty little rock and roll band,” and headliner Jump, Little Children.

The Films, formed in high school, had moved from Colorado to Charleston by then. Trent’s actually a Houston native, but his family headed to the Rocky Mountains when he was 3, turning him into the “Rockamount Cowboy” referenced in “Birmingham.” He fell in love with rock and roll, but also got schooled in country from his father, another bluegrass-mandolin picker. His diehard-Texan mother and older siblings, meanwhile, made sure he appreciated his Lone Star heritage. Eventually, he found himself seduced by “the darker side of storytelling in country music,” à la Townes Van Zandt and Elvis Costello’s Almost Blue.

He tried studying music in college, but The Films won out – especially after landing a major-label deal. They also got ground through, as Hearst puts it, “the big record-label sausage machine” before finding some success as an indie band.

Hearst and Trent became self-described friends, though “Birmingham” suggests a very mutual, long-term attraction. Somewhere along the way, Trent moved to New York. Hearst began fronting Cary Ann Hearst & the Gun Street Girls, whose sound she once characterized as basted in “saltwater and religion,” with “a slow Southern dip and strut.”

Little Miss Firecracker and the Girls burned up stages at the 2007 Austin City Limits, CMJ and Americana Music festivals, giving every indication they’d explode, but Hearst says they weren’t a serious entity.

“We had big dreams,” she says, “but we didn’t really have a plan.” Or an album, touring vehicle or compatible schedules. She did have a solo album, however: Dust And Bones. Then another, Lions And Lambs, which she and Trent recorded in L.A. with producer Butch Walker and Trent’s Films bandmate Jake Sinclair. (One track, “Hell’s Bells,” aired over the closing credits of a “True Blood” episode and landed on the compilation, True Blood: Music from the HBO Original Series, Vol. 3.) So she decided to try her luck as a solo artist. Trent, who’d also recorded a solo album, The Winner, figured he’d do the same. In 2008, they’d also thrown a batch of those disaster, tragedy and human-caused mayhem songs onto a disc they titled Shovels & Rope.

“We were both super proud of those records and wanted to tour them, and had big ideas but no plans,” Trent relates. “We just started playing in the bars to make some dough, and we’d play songs from all three of those records. We figured out how to play each other’s songs in this two-man band, with just a very few instruments and a lot of harmonies.”

Like much of what they do, it was spontaneous; in fact, one might assume their least favorite activity in the whole world is planning. They reference everything from songwriting to major life events with terms such as “happenstance,” “on-the-fly” and “by accident.” That is not to imply that they don’t work their asses off. Or strategize. But “risk” and “chance” form major strands of their DNA, and all balancing acts occur without a net. They’re musical daredevils, going where the songs take them. That philosophy extends to the stage – set lists be damned.

Though they hadn’t envisioned themselves as an official entity, their musical chemistry proved every bit as intense as their physical attraction. One night, while playing in Birmingham, Alabama, it dawned on them that they actually could be a real duo – and make a real living at it. 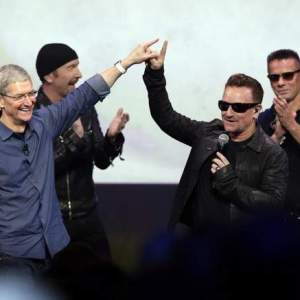 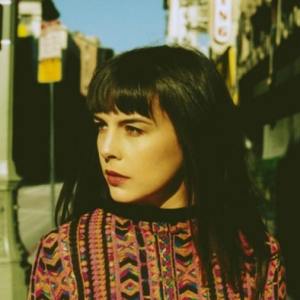