Mere days after her rainy-day wedding to country artist Michael Ray, Carly Pearce found herself sitting in a church pew, saying her final goodbye to a man who had never let her down, both personally and professionally.

That man was her longtime collaborator and friend busbee.

Pearce listened intently as fellow songwriter Barry Dean eulogized the famed producer, who passed away in September of 2019 at the age of 43 after a short and rather sudden battle with glioblastoma. During the eulogy, Dean spoke eloquently of the hope he had that busbee was now in heaven, checking it out and figuring out what he’d want to show his wife Jess and their three little girls once they got there…someday.

The bittersweet story quickly brought the Kentucky native to tears. But through those tears, Pearce picked up her phone and typed three simple words.

“I just knew that I was going to write that song someday…I mean, I had to,” Pearce says of the heart-wrenching song “Show Me Around,” whose full story is now told in a touching new video premiering exclusively today on American Songwriter.

But as Pearce typed those three simple words into her phone, little did she know the grief and sadness that was waiting for her just around the corner.

In April of 2020, Pearce found herself carrying an onslaught of grief and sadness as she sat down for a writing session with frequent songwriting collaborator Emily Shackelton and Ben West.

“Things were unravelling,” she tearfully remembers. “These songwriters were my friends, and they knew my world was crumbling in terms of my personal life, so we had been writing some super intense stuff. But there was a moment when I just stopped and told them that I wanted to take a break from writing about how my marriage was falling apart, and instead, I wanted to write a song for busbee.”

And then, she spoke those three simple words she had typed into her phone the year before.

“Show Me Around” was written in 40 minutes.

But there was still work to be done.

“I spent the night that ‘I Hope You’re Happy Now’ went number one with Kelsea Ballerini and I told her everything that was about to happen,” recounts Pearce, who would announce to the world just one week later that she had filed for divorce from Ray after just eight months of marriage. “I remember Kelsea saying to me, ‘do you know how much good you are going to do just by speaking your truth? Just by admitting that it is okay to go through things like this? Just by being honest about things like this?’ Even as she was saying the words, I didn’t think I would be able to do it.”

“That night turned out to be a total shift for me personally and professionally,” she remembers. “Divorce was going to be a part of my story, and it was going to be ok.”

And at that moment, the Kentucky native with the fiery voice and the somewhat feisty personality that shows up sonically on every note of her current single “Next Girl” knew that her honesty was going to go far in helping others going through similar situations.

“Everyone goes down different paths as artists,” she explains. “I built what I have built so far on being honest. I don’t feel like, just because things have gotten harder for me, I can shy away from that. Fans can see right through it.”

Today, Pearce stands proud. She says she knows that she definitely made the right decision regarding the divorce, putting special emphasis on the word ‘definitely.’ Her career is flourishing, as she snagged the most CMA Awards nods for any new artist nominee this year and came home with Musical Event of the Year for her PLATINUM-certified, No. 1 duet “I Hope You’re Happy Now” with Lee Brice. And in 2021, Pearce looks to put out new music that she simply describes as ‘shell shocking.’

“One of the silver linings of this year has been that I have had the space to process all that has happened and get stronger, so when I step on that stage again, it’s with music that I am super proud of,” she says quietly. “I’m taking it one step at a time.”

Granted, those steps are a little easier to take these days, thanks to the faith that was reignited in a church pew on that October day last year.

“I have always been someone that’s been a believer,” she says quietly. “When you have so many moments of pure devastation happen to you, there is only one way to turn, and that is to turn to God. And yes, my faith is stronger than ever before. There was a time when I didn’t know what my music looked like without busbee, and there was a time where I didn’t know how I could go through life without this person that I just got married to.”

But now, she knows.

“God uses everything for good.”

Get Carly’s Album
Vinyl, CD, or Digital
Buy from Amazon 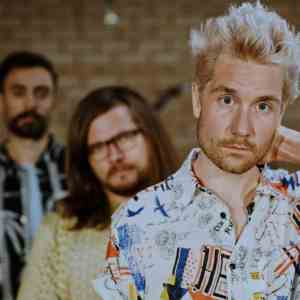 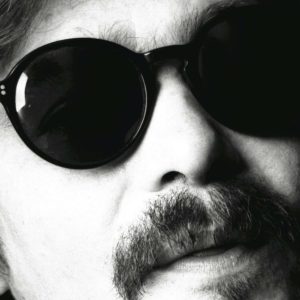