Los Angeles singer-songwriter Shreya Preeti has said that her greatest musical ambition–when she first realized she wanted to pursue music as a career, in 2017–was, simply, to be Kehlani.

“At that point, I was obsessed with Kehlani and wanted to make music that sounded exactly like hers,” Preeti confessed in a recent interview. “I’ve since had the fortunate realization that I can’t be Kehlani, because she already exists, and I need to make music that represents myself.” Touché.

Since 2017, that’s exactly what Preeti has done. She released a promising debut EP–Entrance–later that year, followed by another EP–Encore–in 2018. Her sophomore effort shared her debut’s stylistic range but benefited from sharper writing and production. Highlights include the regal, piano-driven soul number “They Always Do” and the catchy break-up autopsy “Junkyard,” two back-to-back tracks united by Preeti’s hefty vocal performances (the opening verse of “Junkyard” should resonate with anybody who’s ever tried–unsuccessfully–to believe they’re over an ex: “I’m only a few drinks in / but I’m in my feelings / I thought I was over it / But I’m not over shit”).

Preeti churned out five increasingly ambitious singles over 2019, followed by another in January. Today she shares “Cherry Blossom,” a bittersweet banger that sees the rising pop talent in bloom.

“Cherry Blossom”–premiering today on American Songwriter–opens like a mirage. “Now I see my cherry blossom,” Preeti sings before a tight percussive rhythm snaps into place. Her voice is lush and fluid and full from the start: “It’s the same today / Overworked and underpaid / See the look on my face / It’ll tell you everything.”

In the track, Preeti rebounds from a period of heartbreak. “I need an escape / I’m laying here wishing / For a new season / And for a new reason / To get out of bed / And do all this again,” she sings in an early chorus. Later she slightly alters the lyrics to reflect her newfound optimism: “I feel a new season / And I find a new reason.”

Preeti’s chops as a vocalist are on full display as she delivers the song’s aching climax: “My breath of spring / you’re the rain I couldn’t bring / now I see my cherry blossom / You’re my fresh start / when I thought I’d fall apart.” Her melodies expand and deepen as the song comes to a spine-tingling close.

For Preeti, the best songwriting sessions lead to this type of arrangement.

“Songwriting comes easiest to me when I’m writing about my own experiences and feelings,” Preeti tells American Songwriter. “I’ll write down ideas or one-liners that pop up in my head, and when I first listen to a song, I’ll scroll through my notes to see if anything clicks with the mood of the beat. I feel like the songs I’m most proud of lyrically are the ones where a melody and lyric come to me during the first listen of a beat, but I’m working on not giving up on myself and my songwriting if something doesn’t pop into my head right away.”

Preeti–a trained social worker who was enrolled in a graduate program at the University of Chicago at this time last year–used to write by herself. Recently, though, she’s taken a more collaborative songwriting approach.

“I didn’t start seriously co-writing until July of 2019, and I quickly learned that I love doing it,” says Preeti. “Writing feels so much more alive when you’re able to bounce ideas around with other people. I think that one of my strong suits as a writer and artist is that I’m quite open to ideas and don’t let my ego get in the way of letting the best lyric/melody [combination] be the one that’s in the song.”

“I’m inspired by artists that are confident enough to experiment with their sound,” says Preeti, who also looks up to Prince, Justin Timberlake, and Queen. “I think as [an artist] it’s so important to keep challenging yourself and evolving.”

While Preeti’s been hesitant to claim the pop mantel in the past, she’s getting more comfortable with the label.

“I broadly define myself as a pop artist,” she says. “I think for some time, at least in my brain, there was this negative connotation that went with calling yourself a pop artist, but now artists are taking more pride in making pop music and creating that ear candy that audiences love.”

Preeti is especially moved by singers and songwriters who let themselves be vulnerable in their music.

“I’m always going to be a sucker for a vocalist that really lets their emotions show through their lyrics and delivery,” explains Preeti, “but I’m also learning to also be paying attention to other pieces of the song as well, like a stanky bass line or a groovy drum pocket. I’ve grown to really love funky music, and I’m starting to incorporate that into my sound, which I love. I would love to be able to blend pop and soul/funk together.”

“Cherry Blossom” does just that. It’s a sleek, rousing number that shows Preeti opening up, finding her voice, and leaning into her own artistic vision. She sounds–as Kehlani might put it–“jus happy to be here.”

“Cherry Blossom” is out now. 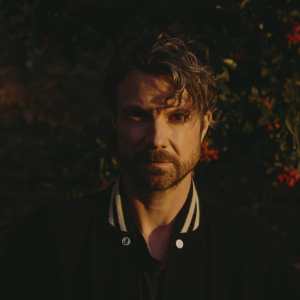 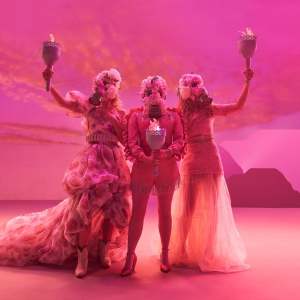