“I thought I was writing songs about falling in love and sorting out being excited about it,” Landon Jacobs says with a cool demeanor. “It turned out I was sorting out anxiety and sadness.”

Fronting alternative band Sir Sly, rounded out with multi-instrumentalists Hayden Coplen and Jason Suwito, Jacobs writhes his way through his pain, wrought from addiction and the death of his mother, before unlocking “true optimism” in the aftermath of sobriety. “As a person who likes to have control over things, it was nice to start the process of letting go and feeling more comfortable and confident ─ despite not being in control.”

The Rise & Fall of Loverboy begins with Jacobs sifting through wreckage and ash. Opening up after deafening loss / It’s definitely hard / Let me be happy / I’ve carried my cross, he sings over gooey grooves in “Loverboy.” Moments later, he peels back the bravado for one of his most vulnerable performances to-date ─ “Numb” feeling both devoid of emotion and packing it all into only four minutes. I want to go to sleep and not wake up, he croaks in the opening line.

Written pre-sobriety, “Numb” waxes brilliant with new revelations from a bit of necessary distance. I didn’t appreciate my youth when I was young, he sings, turning his mind over tormenting regrets and self-loathing. “As I was writing, it ended up being a smattering of things that replay in my head like bad memories and old stories, as well as fears I have about the future. Lyrically, it’s all over the place. It’s not about one character or person. It’s family members, exes, my current girlfriend, so it’s a bunch of shame, anger, self-pity, loneliness.”

“At the time, I was experiencing pretty severe panic attacks, almost nightly when I was drinking and smoking. I had this feeling like ‘I’ll probably have a heart attack in my sleep tonight and die.’ Then, it’s like ‘it wouldn’t be bad cause I’m pretty worn out. I’m pretty done.’ It reminded me of a conversation I used to have with my mom when I was younger,” he continues. “I can remember saying, if something was frustrating or I was upset about something, ‘I want to fall asleep and not wake up for 100 years.’”

“I never had super strong suicidal ideation. I had more of a fantasy of giving up and starting over somehow. If I just had another shot, I’d do it better,” he adds.

Such emotional threads knot and form the backbone of the record, frequently flooding the senses with frothy R&B elixirs and other genre-blurring mix-ups. Even when the record eventually breaks through the clouds, as it does with closer “b!!!rds,” an acoustic-wrapped slice of bliss, it’s not without a deep, grief-stricken heaviness guiding his hand. “I think grief can be a gateway to learn things you can’t learn other ways,” he offers.

As he was first getting sober, he was already in the throes of creating a pulsing and visceral body of work. Grief pushed against his songwriting, and his songwriting fulfilled a deep desire to cope and heal. “Mostly, what I learned is how not to grieve. Facing anything head-on is a lot more helpful than trying to avoid it. Nothing goes away because you ignore it. You have to find some positive substitution,” he tells American Songwriter over a recent phone call. “If you’re talking about anxiety, ignoring what you’re anxious about is going to come back the same way it did before. You either have to find a new story to tell yourself, some kind of positive substitution, or you need to meet the idea head-on and realize it’s not really true anyway.”

“I think the same thing goes with grief. Sadness is part of life. If and when people die, there’s no avoiding being sad and messed up over it. There’s no avoiding regretting certain things. It’s about being in conversation with people you trust. Therapy has been really helpful for me.”

With “All I Want to Do is Cry (in the Club)” metallic gears grind and twist, leaving Jacobs’ to jab and puncture his way through ever-rising flood waters. The mother wants the son back, he pleads, only for a moment, on the very last line. It’s an odd lyric but, knowing the full extent of his trauma, it unleashes one helluva left-hook.

Admittedly, “that was a bizarre line,” he says. He stops for a moment. His mother, who died from brain cancer four years ago, leaves an imprint throughout much of his life. “When I’d miss my mom, I would be in the car and I would say, ‘I miss you, I wish I could talk to you about what’s going on.’ I’d talk out loud to her for a second. I’d pretty much skipped a lot of the grieving process by just avoiding it and drinking.”

When he got sober, the floodgates burst open. “I purposely leaned into the grieving process and allowed myself to feel sad and miss her. I wished she could see me get sober and [be able to] connect with her in that way. I think she’d be really proud. That line was kind of a retrospective on if she is somewhere looking or if her energy is still existing in the universe, I think she’d be proud.”

The Rise & Fall of Loverboy is as collaborative as it is Landon Jacobs’ ow story to tell. Alongside Coplen and Suwito, the trio navigate much of life’s muddiest waters ─ not only resulting in Jacobs’ well-earned triumph but as a testament that life is better lived fully and unapologetically. “Life is a lot better when you trust and rely on other people. You don’t have to live alone,” he concludes. 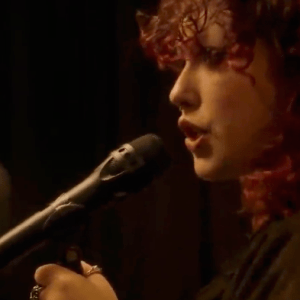 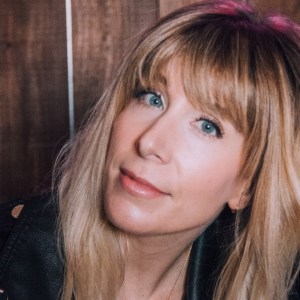